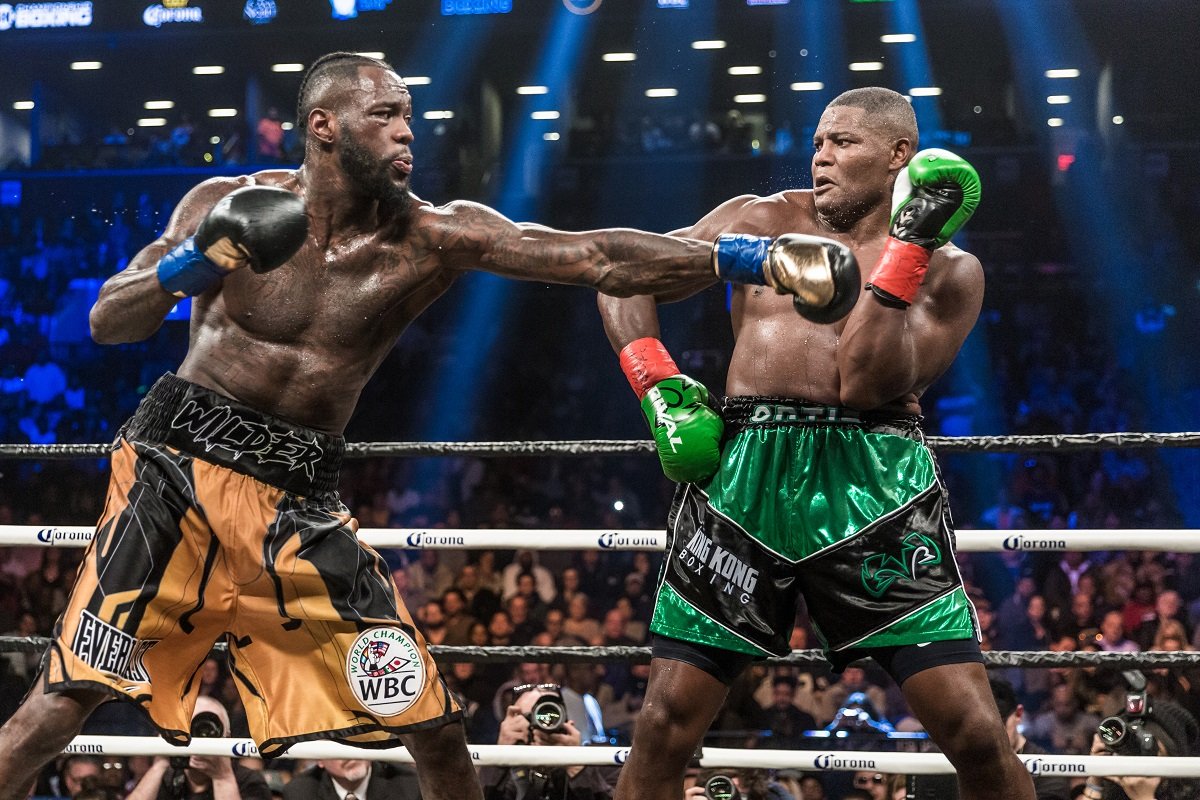 By Matt Lieberman: Eddie Hearn says he doesn’t see how WBC heavyweight champion Deontay Wilder is going to be able to return to the ring to face Tyson Fury on February 22 after he defends against Luis Ortiz in a rematch on November 23. That’s the working date for the Wilder-Ortiz rematch.

For Wilder to face Fury next February, he’s going to need to make quick work of the talented Cuban Ortiz (31-1, 26 KOs) on November 23. Hearn says Wilder can’t suffer any kind of injury in the Ortiz fight without it affecting the Fury rematch next February.

There’s a chance that Fury (29-0-1, 20 KOs) won’t be ready to fight Wilder in February due to the large cut that the ‘Gypsy King’ suffered in his fight last Saturday night against Otto Wallin. Fury’s right eye was cut in two places during the fight. Afterwards, the gashes required 47 stitches to close. Fury has five months to heal, but it’s going to be difficult for him to train. He won’t be able to do any sparring up until near the start of the fight, and even then it might be risky for him to do so.

“For you to box early February when you’re boxing November 23, the fight has got to go real smooth,” said Hearn to Thaboxingvoice about Wilder’s next fight against Ortiz. “You can’t do more than four rounds. If you get nicked in that fight, cut in that fight or bruising up your hands in that fight. We can only deal with what’s happening, and what’s happening now is Joshua is fighting Ruiz on December 7th in Saudi Arabia,” said Hearn.

It’s going to be difficult for Deontay to get through the Ortiz rematch injury-free. Last year, Ortiz came close to knocking out Wilder in the 7th round after catching him with a hard left counter.

“It’s very weird for Wilder to say that,” said Hearn about Wilder wanting Fury to step aside so that he can fight the Joshua-Ruiz winner. “It sounds like they’ve signed the contract in which case they won’t step aside.

What Hearn says about Top Rank boss Bob Arum not wanting to give Fury another soft opponent is likely true. With all the money that Top Rank and ESPN are paying the 31-year-old Fury, they’re not going to want to see him take on another obscure opponent. Wallin (20-1, 13 KOs) turned out to be a good opponent, but not one that created a lot of buzz in the boxing world before the fight. For ESPN and Top Rank to get their money’s worth with Fury, they need to have him fighting guys like Wilder.