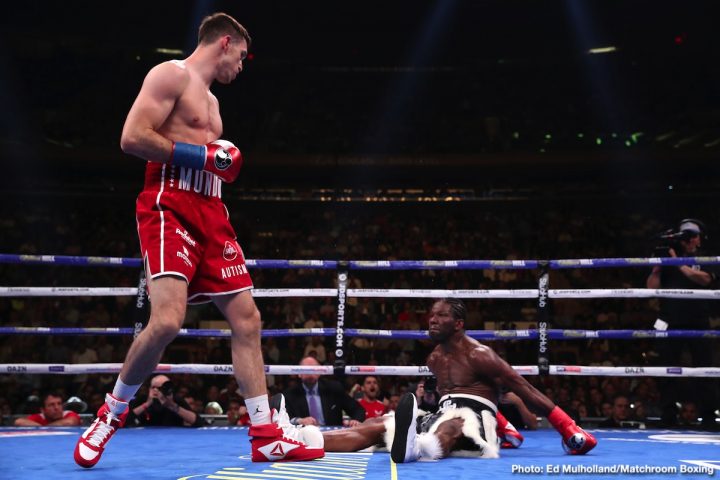 By Mike Smith WBA Super World super middleweight champion Callum Smith (26-0, 19 KOs) put on a power punching display in knocking out former WBA ‘regular’ middleweight champion Hassan N’Dam (37-4, 21 KOs) in the third round on Saturday night on DAZN at Madison Square Garden in New York. Smith knocked the 35-year-old N’Dam flaw with a monstrous right hand in the third round that sent him down.

The back of N’Dam’s head bounced off the canvas as he landed. Despite N’Dam getting back up, the referee Charlie Fitch stopped the fight. The official time of the stoppage was at 2:26 of round three.

Smith, 29, knocked N’Dam down two times earlier in the fight in knocking him down once in round one with a big left hook, and in the second round with another left hand. N’Dam never figured out how to get out of the way of Smith’s left hook that he was hitting him with throughout the short fight.

“He’s certainly the best at 168 lbs in the world, his sheer size makes him bigger and stronger,” former super middleweight champion Carl Froch said to skysports.com. “The counter left hook he throws is so well timed. Smith needs bigger challenges now, he’s in no major rush. He can go to light-heavy and become a two-weight champion.”

It’s asking a lot of Smith to move up to 175 to take on guys his own size. Smith clearly is a light heavyweight in size, but he lacks the polish to take on the the champions at 175 like Artur Beterbiev, Dmitry Bivol, Sergey Kovalev, Marcus Browne and Oleksandr Gvozdyk. Those guys are on another level than Smith in terms of talent. The most beatable guy in that punch is 35-year-old Kovalev, but the Russian fighter has become more of a boxer lately, and he would make it difficult for Smith. He’s better off staying at 168 where he has a size advantage over his opponents.

This was a bad match-up from the moment the contest was signed. N’Dam is an aging, weak-punching middleweight, who has a history of being knocked down repeatedly in fights. N’Dam was too small in moving up from the 160-pound division to take on one of the biggest punchers in the super middleweight division in Smith.

It was clear the moment that N’Dam came out in the ring tonight, he was going to be too small for Smith. It was embarrassing that Smith was matched against a fighter so much smaller than him. You can understand why Matchroom Boxing made this showcase fight for Smith, but it wasn’t exactly sporting. This match-up was similar to the recent fight between former WBO super middleweight champion Gilberto ‘Zurdo’ Ramirez and Habib Ahmed last year in February.

There was a method to the madness for Smith’s promoter Eddie Hearn in selecting N’Dam as his opponent rather than a fighter from the 168-pound division. N’Dam was the ideal opponent to help make Smith look like Superman tonight, and he served the purpose in getting obliterated by him. In the not so distant past, N’Dam had been knocked down six times in a losing effort to Peter Quillin, four times by David Lemieux in a loss to him, and he was stopped in the seventh round by Ryota Murata.

“I had a few nerves before. Tonight was all about the performance,” said Smith. “I want to stay active now and prove I’m the best super middleweight in the world.”

After the fight, the 6’3″ called out Saul Canelo Alvarez in challenging him to come back up to 168 to face him. Smith wants to fight Canelo whenever he comes back up to super middleweight. Canelo captured the WBA ‘regular’ 168-pound title last December in stopping champion Rocky Fielding in the third round at Madison Square Garden in New York. Smith would like nothing better than to return to MSG to face Canelo if possible. The way that Smith took care of N’dam, he might have scared away Canelo permanently. It was too dominating of a performance by Smith for him to be seen as a good option for the 5’8″ Canelo to take in September. That’s when Canelo will be fighting again. If the Golden Boy star wants to get a lot of attention from the boxing world, then a fight against Smith makes sense, but it’s a match-up potentially for him due to the size difference. 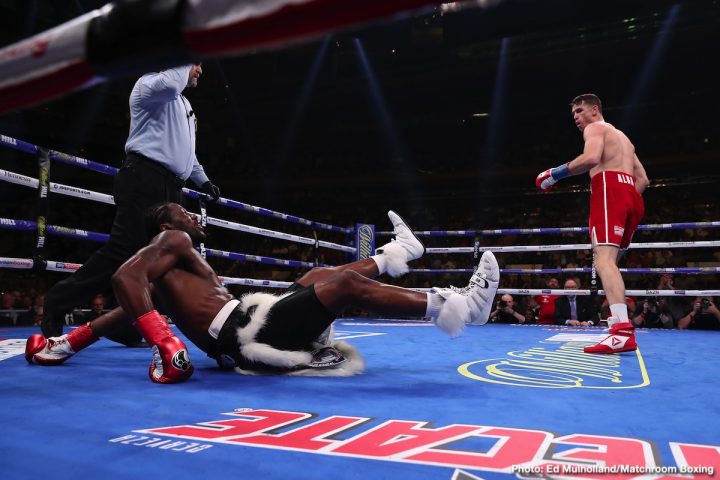 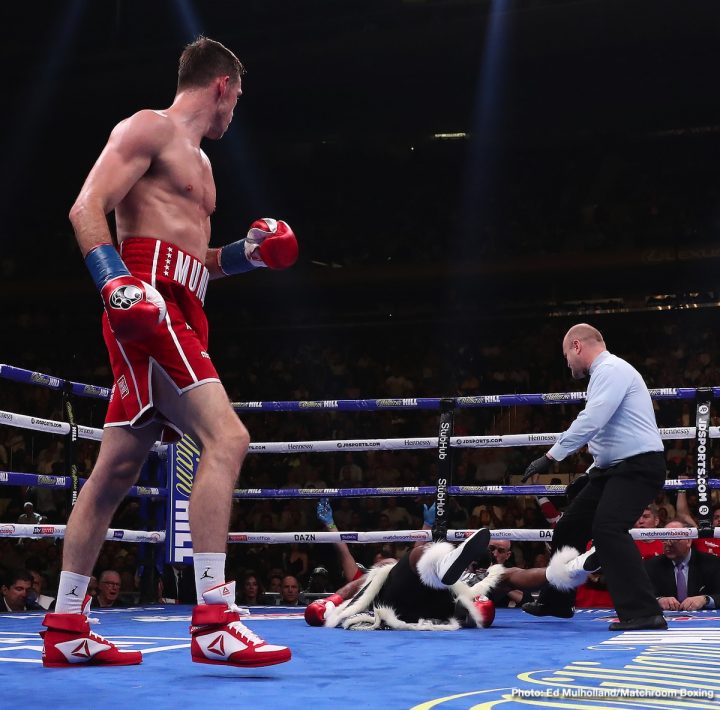 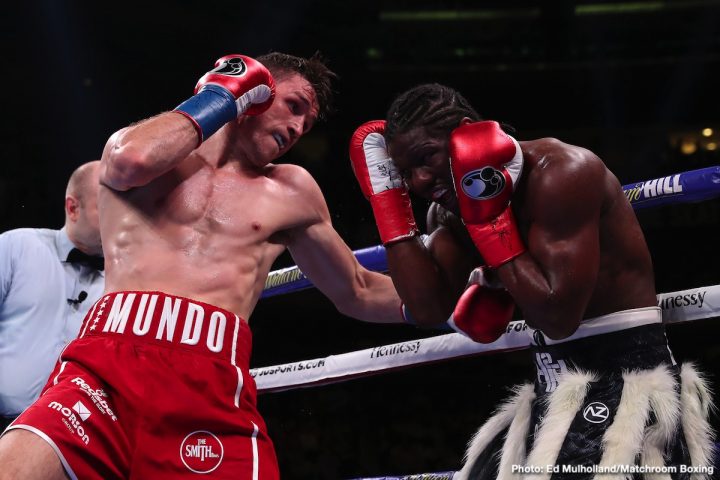