Breazeale says Wilder should be at cruiserweight 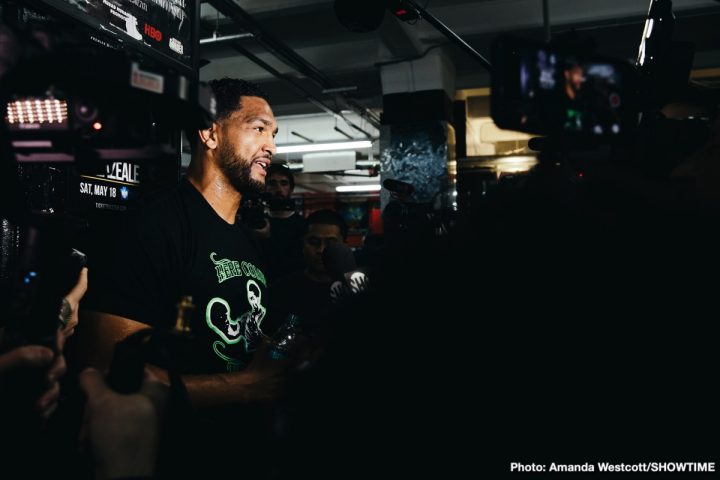 By Barry Holbrook: Dominic Breazeale plans on using his big weight advantage to defeat Deontay Wilder on Saturday night at the Barclays Center in Brooklyn, New York. Breazeale (20-1, 18 KOs) says he’s at a solid 250 pounds right now. Breazeale believes that Wilder should be fighting at cruiseriweight, not heavyweight. He’s too light for the division.

Breazeale thinks that heavyweights need to be at least 230+ lbs. for them to be able to compete at a high level. Wilder has been able to do well as the WBC champion since capturing the belt in 2015, because he hasn’t fought any good heavyweights.

He’s heard the news of Wilder (40-0-1, 39 KOs) bulking up for their fight, but he doesn’t think he’s going to be able to put enough weight on for him to make up the size disadvantage he’s going to have in this fight. Breazeale, 33, notes that Wilder weighed only 212 pounds for his last fight against Tyson Fury, and he was getting wobbled by his punches.

“Wilder has said some crazy stuff. I don’t think he means it,” Breazeale said in addressing Wilder’s comments about want a “body” to add to his record. “I think he’s in a situation where he’s got to talk, because he’s not comfortable with what he’s doing. He’s got to build himself up by saying ‘I’m going to do this and I’m going to do that. I know he can’t have a body on his record. Let him say what he wants. That’s like a little chihuahua barking and barking. He’s like, ‘Damn, what now?’ Come Saturday night, you’ve got to do what you said you were going to do,” Breazeale said.

There’ always a risk of a fighter getting hurt inside the ring in any given fight. Saturday’s match is no different than any other. Wilder is doing a lot of talking about wanting to get a body in what appears to be a move to intimidate Breazeale. Wilder has enough punching power and knockouts on his record for Breazeale to be as wary as he could possibly be. Breazeale isn’t going to want to let Wilder land his shots. He’s going to be doing everything he can to keep him from getting his shots off. However, Breazeale is the type of fighter doesn’t mind slugging it out with his opponents when they’re hitting him hard. We saw that in Breazeale’s fights against Amir Mansour, Fred Kassi and Izuagbe Ugonoh. Anthony Joshua was the only fight where Breazeale didn’t look to slug. He was too over-matched to do much of anything in that fight.

“Hell no, the fights not going the distance. No one in the arena wants the fight to go the distance,” Breazeale said. “I know for sure there’s going to be fireworks. I guarantee you it’s definitely not going to go the distance. I keep telling you guys, he’s scared. If I had to get in the ring with someone bigger than me, what’s the first thing I’m going to do? Get my ass in the gym, and put some pounds on. He got in there with Fury, and we all know Fury can’t crack. He’s a good defensive fighter, but he doesn’t have punching power. But when he got touched by Fury, he wobbled a little bit. Now you’re getting in the ring with a guy 250 pounds, a solid 6’7″ 250 lbs. You better believe when I touch him on the chin, he’s going to be thinking, ‘Oh my God, I didn’t eat enough bread, potatoes. I didn’t enough protean.’ There’s not enough weight you’re going to gain in a 10 week camp to prepare against a guy my size. At the same time, he understands he’s been light in the ass for a long time. I think he fought his last fight at 212 pounds. That ain’t a heavyweight…go to the cruiserweight division. At heavyweight, you’ve got to be 230 pounds+ to belong in that division,” Breazeale said.

Wilder would be dangerous even at 212 lbs. A young George Foreman weighed only 217 pounds in his first fight against Joe Frazier in 1973, and he ended up knocking him out in two rounds. Wilder will likely be in the 220s on Saturday night. Wilder looked slow and sluggish in weighing 229 lbs for his fight against Eric Molina in 2015. Wilder might be better off if he’s in the 217 to 220 lb region. He’s never going to be a huge heavyweight like Anthony Joshua, Dillian Whyte and Breazeale. Wilder’s 6’7″ height is what brings him the power. All the muscle weight is’t as helpful compared the frame that Wilder possesses. But Breazeale is correct that Wilder could be fighting at cruiserweight if he wanted to. There’s no huge names at cruiserweight, so it would be a big waste of Wilder’s time to fight in that division Oleksandr Usyk was the only big name in that division, and now he’s moved up to heavyweight. 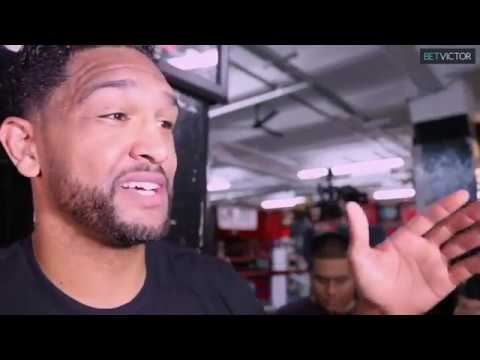