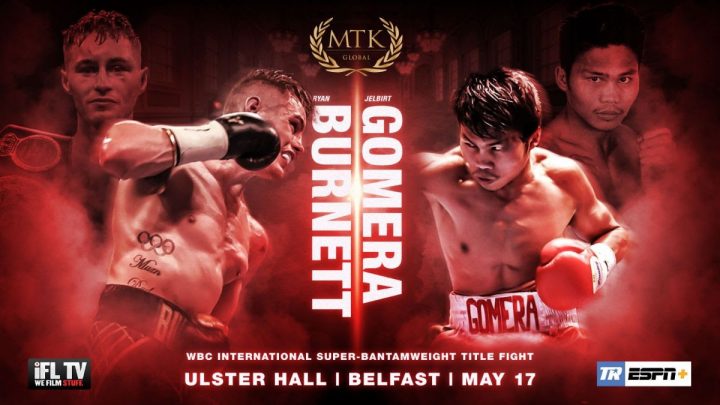 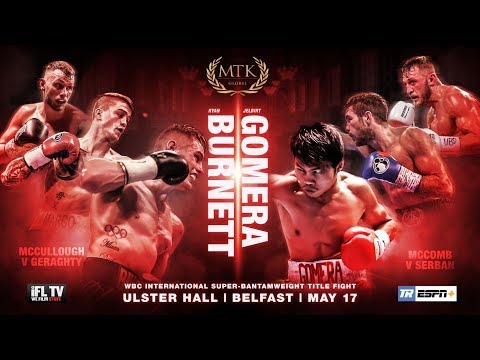 After the success of March’s bill at the historic venue, which saw Luke Keeler dethrone Conrad Cummings as WBO European champion amid a raucous atmosphere, one of the city’s most successful fighters will spearhead the follow-up.

The Adam Booth-trained Burnett (19-1, 9 KOs) is straight back into a title fight in front of his adoring home city as he meets Jelbirt Gomera for the WBC International super-bantamweight crown.

Burnett said: “I want to be world champion again. Nothing else matters. This is a significant step in that campaign and I’m delighted it’s taking place in my home city.

“My opponent on May 17 is in the way of my being back where I know I belong. You will see my determination on fight night.”

Booth said: “Myself and MTK Global have a plan to get Ryan back to where he should be, which is world champion status.

“His hunger and desire are greater than ever before so there’s no doubt he can head back to the top. Enjoy the ride.”

MTK Global Professional Development Coordinator Jamie Conlan added: “This is just fantastic news for everyone concerned. We’re delighted to be welcoming Ryan and Adam to another huge event in Belfast.

“Ryan’s achievements speak for themselves. He unified as a world champion, and we believe it’s only a matter of time before he’s back at the very top of the sport.

“Belfast fans and all those who come from outside the city to this event are in for a real treat. These shows with our friends at Top Rank and ESPN+ are already getting bigger and bigger.”

An entertaining clash is all but guaranteed with Filipino southpaw Gomera (14-5, 7 KOs) bringing power down from featherweight having kicked off his professional career with three consecutive first-round knockouts.

Burnett unified the bantamweight division when he added Zhanat Zhakiyanov’s WBA Super title to his IBF strap back in October 2017.

‘The Public Nuisance’ is earmarked as one of the hottest prospects in boxing and despite being just 6-0, 3 KOs, steps in with the fearsome Serban (11-2, 6 KOs) at Ulster Hall; live on ESPN+ and iFL TV.

Far from being daunted, former national amateur captain McComb welcomes the chance to set the bar even higher.

He said: “It’s another step up in class and I’m moving quickly. I believe I’m that level anyway because coming off my achievements in the amateurs, this is where I feel I belong.

“This guy was an elite fighter himself. He boxed on the Czech Republic team and you need to have power to box at international level like that, but I’ll be focused on my own punching technique rather than his.

“I’ve improved in a lot of areas ahead of this one. I’ve always had different abilities but you’ll see even greater punch selection this time. I believe you’ll see more power shots too.

“Serban is an aggressive fighter and I’ll know he’ll come forward so I’ve got to put a bit more whip on my punches. I believe you’ll see a significant improvement in that area of my game.”

Serban is no stranger to the famous old hall – he knocked down Paul Hyland Jr earlier this year.

Declan Geraghty is eager to beat former room-mate Marco McCullough to the IBF European crown and book his ticket to world level.

Dublin’s Geraghty (18-3, 4 KOs) travels to McCullough’s home city of Belfast for Friday’s #MTKFightNight to fight live on ESPN+ in association with Top Rank on the undercard of Ryan Burnett vs. Jelbirt Gomera.

With the prospect of a world ranking at stake, Geraghty couldn’t be more motivated.

He said: “The IBF European title is a great belt to grab on the way up the rankings. Hopefully I’ll claim that and then I’ll be straight into the top 15 or top 20 in the IBF. One or two wins later and I could be on the heels of world champion Tevin Farmer.

“Fighting on ESPN+ is great, too. It’s a huge broadcast and the exposure on there is unbelievable. To have a show in Ireland broadcast across America helps not just me but all the MTK Global boxers.

“I’m going to his back yard and I’m really excited. At the end of the day, it’s me and him in the ring and I hope he brings a massive crowd because I’ll be bringing a good bunch of people up from Dublin.

“Belfast is the place to be at the moment for boxing, it seems. There are so many great MTK Global shows up there at the moment. I was there for Conrad Cummings vs. Luke Keeler and it was a great atmosphere. Hopefully this bill lives up to that standard or even surpasses it.”

Joining two huge title fights in McCullough vs. Geraghty and Burnett vs. Gomera are another local hero in Sean McComb, who steps up against Miroslav Serban; plus the likes of Lewis Crocker, Steven Donnelly and more.

Further news of fighters and fights added to this historic show will be forthcoming in due course.

Breazeale says Wilder should be at cruiserweight »