Revealed: How Much British Boxers Were Paid Per Punch In The World’s Biggest Fights 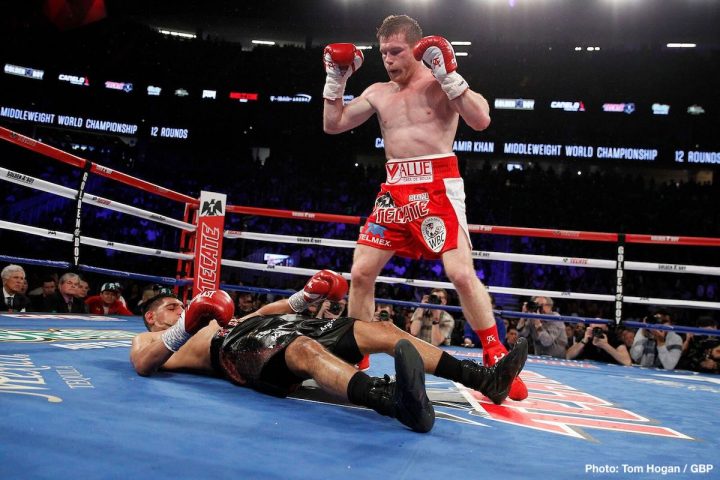 A new interactive tool released today from Ladbrokes reveals the true price of a heavyweight punch. The betting giant analysed punch statistics and earnings for some of the biggest fights in recent British boxing history to reveal the pay of some of Britain’s most respected boxers and their opponents. Discover how much your favourite British boxer and their international opponents were paid per punch in some of the most lucrative fights of the last 20 years with this interactive tool.

Below are the ten fights analysed, the boxers involved and how much each boxer was paid per punch:

Nothing compares to the excitement building up to a big fight. The sponsorship deals, the heated rivalries reported in the press and gargantuan payouts that the boxing stars receive as a result of fighting is just part of the buzz.

Most famous British boxers are paid millions for their fights, but how much does this work out as per punch? And on the contrary, just how much are some famous boxing stars being paid to take a shiner from legends like Mike Tyson? Ladbrokes new research and tool reveals all.

Of all the boxers analysed, former WBA and IBF champion Amir Khan emerged as having the highest paying punch, at £213,784 per strike. This is almost ten times the £22,946 Joe Calzaghe is paid to throw a punch in the ring. Overseas, USA boxing legend Mike Tyson has the highest paying punch at an incredible £281,913 per punch. Depending on the title they’re competing for, whether they win the match, and other factors such as sponsorship deals and ambassador roles, the pay of professional boxers around the world vary greatly [1].

Only a few weeks ago in December 2018, Tyson Fury took on Deontay Wilder in Los Angeles in a bid to make a remarkable return to the top of world boxing. Labelled as ‘one of the most thrilling heavyweight contests for years’ [2], British boxer Fury powered through two knockdowns and 12 rounds to result in an enthralling draw, with a rematch almost certainly on the cards. It is estimated that Tyson Fury was paid around £7,893,550 for this match, which equates to around £93,971 per punch landed. In comparison, American boxer Deontay Wilder landed around 71 punches, with each punch landed making him approximately £155,647.

In the iconic showdown between British boxer Ricky Hatton and USA boxer Floyd Mayweather in December 2007, over 30,000 British fans made the transatlantic trip to Las Vegas to watch the two compete for the WBC welterweight title at the MGM Grand [3]. In the highly anticipated fight, it was estimated that Ricky Hatton, who lost to Mayweather in tenth round stoppage, was paid around £9,472,260. Mayweather was estimated to be paid around £29,995,490 for the win, which equates to an astonishing £232,523 per landed punch.

“The hype and excitement leading up to big boxing fixtures is undeniable, from the drama-filled weigh-ins, press conferences and to the fight itself, boxing remains one of the most popular spectator sports around the world. It’s fascinating to discover how much Britain’s most well-loved professional boxers are paid for those all-important landed punches.

Amir Khan is a huge name in boxing, having held the WBA title from 2009 to 2012 and the IBF title in 2011, so it’s no surprise that his landing punch is the highest paying compared to other British boxers.

However, despite retiring with the longest continuous time as the world champion of any active fighter, Joe Calzaghe was paid only £22,946 per punch – significantly less than the other British boxers analysed. This is surprising considering Calzaghe’s impressive long-term boxing career.”

Boxing » Press News » Revealed: How Much British Boxers Were Paid Per Punch In The World’s Biggest Fights