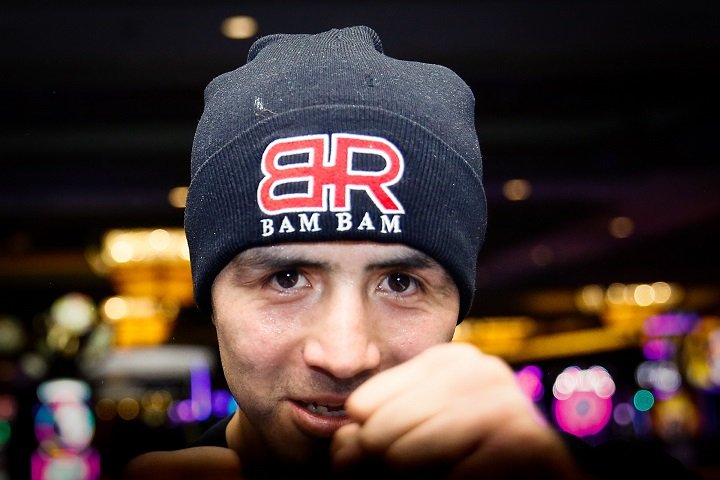 Rios’ goal for his comeback was to win a world title at welterweight. Given how stacked the 147 lb division is right now, it was a futile goal that Rios had. Rios’ last to Soto, a fighter that would likely be destroyed by all of the champions at welterweight, made it clear that Brandon wasn’t going to win a world title in his comeback. If Rios’ goal for his comeback was to just make money, then he did well, and he could possibly make even more money if he stuck around a little longer to be matched against some other interesting fighters. Fighting former two division world champion Soto was a big deal. This was easily the most skilled fighter that Rios had ever fought before during his career. Even Manny Pacquiao, Tim Bradley and Danny Garcia lacked the kind of boxing skills that Soto possesses.

The retirement has yet to be confirmed by Rios or his promoter Eddie Hearn of Matchroom Boxing USA. He signed Rios to a three-fight deal recently. His fight with Soto was his second fight of the deal. It’s unclear whether Hearn will be able to get Rios back into the ring for a third fight. His fight with Soto was incredibly exciting from start to finish, a was his previous match against Ramon ‘Inocente’ Alvarez. There are some interesting fights that Hearn could put Rios in if he chooses not to retire.

Garcia says that he and Rios had agreed before the fight that he retiring win or lose. Rios ended up losing a 12 round unanimous decision to the 38-year-old Soto by the scores 119-111, 118-112 and 118-112. While some boxing fans disagreed with the wide scoring of the fight, they didn’t disagree with Soto being given the victory. ‘The Crafty Little Fox’ out-boxed Rios, using movement, hand speed, and combination punching to get the better of him. Rios was competitive in every round

“It is [Brandon Rios’ last fight]. We talked about it. It will be,” trainer Robert Garcia said to esnewsreporting about Brandon Rios’ last fight being his fight against Soto. “He accomplished a lot. He was a world champion. He made a lot of money. They’re set,” Garcia talking about Rios and his wife now being financially set for life. “Nobody expected him to make it this big. In our last round, I said, ‘Brandon, this is our last round, bro.’ He gave me a hug in the last round.” Garcia said.

Besides the Soto and Ramon Alvarez fights, Rios fought Danny Garcia in his four-fight comeback that he started in 2017. The choice of Soto was maybe a bad one for Rios, as he was facing a guy with a lot of boxing skills, speed and ring smarts. They don’t call Soto the ‘Crafty Little Fox’ for nothing. Rios was getting worked over in the last 10 seconds of every round by Soto unloading on him with flurries. It looked bad. Rios could have won more rounds just by avoiding Soto in the last 10 to 15 seconds of the rounds when he was trying to impress the judges. Rios was doing most of the work during the rounds.

“I think so,” Garcia said about Rios retiring now. “We had already talked about it before the fight [with Humberto Soto]. We had already agreed, win or lose, this was going to be our last fight. That comeback he did, I know what the number is,” Garcia said about the money Rios made in his four-fight comeback. “He got the first win with Munoz [Aaron Herrera, not Munoz], and then he got the fight with Danny Garcia; a very nice payday. Then he fought Canelo’s brother, a very nice payday too, and then his last fight [against Humberto Soto], a huge payday. Brandon did very well just in his last four fights, when everybody thought he should never fight again,” Garcia said.

Rios retired in 2015 after his ninth round knockout loss to Timothy Bradley. He stayed retired for close to two years before coming back in 2017 to defeat Aaron Herrera by a seventh round knockout.

If Rios were to finish out his contract with Hearn, he might be able to make some good money fighting one of his Matchroom fighters. Hearn has deep enough pockets to get a good opponent for Rios to fight. The boxing public would love to see Rios fight Vicious Victor Ortiz. However, if Ortiz is signed with Premier Boxing Champions, then that’s not a fight that will happen. Ortiz hasn’t fought in 12 months since his 12 round draw against Devon Alexander last year in February. If Ortiz vs. Rios could be made, it would be a real war from start to finish. It would sell a lot of tickets.

“He’s done. That’s the end of his career,” Garcia said about Rios. “He came back, and he did very well. He did more money in these last four fights than many fighters would ever make in their whole career. He’s going to live well for the rest of his life. A beautiful house he has, and properties. He’s set for life. He’s become a superstar. People loved him. HBO loved him. He had a great career. I’m glad we hugged in his last round. I’m happy I was there for his last fight,” Garcia said.

Rios got a lot of his 15-year pro career. He captured the World Boxing Association lightweight title in stopping Miguel Acosta in the 10th round in February 2011. Rios then successfully defended the title once in beating Urbano Antillon before losing it on the scales against John Murray in December 2011. Rios easily beat Murray by an 11th round knockout, but he lost his title due to him coming overweight. Despite Rios never capturing another world title, he made good money and was involved in big fights against Mike Alvarado [x 3], Manny Pacquiao, Tim Bradley, Danny Garcia and Humberto Soto. Rios beat Alvarado in two out of the three fights they had together. The first two fights they had together were excellent ones. The last one was a disappointment due to Alvarado looking like he wasn’t properly trained and motivated for the match.