Jeff Horn vs. Anthony Mundine on Nov.30 in Australia 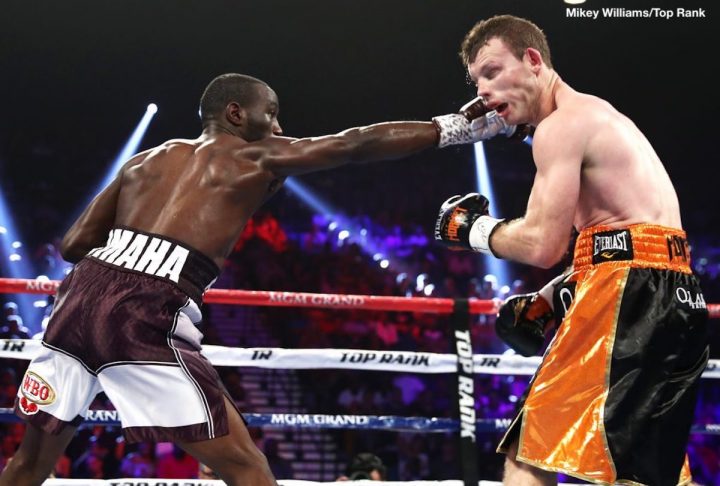 By Jeff Aranow: Former WBO welterweight champion Jeff Horn will be facing 43-year-old Anthony Joshua in an all-Australian bash in a catch-weight fight at 156.5 pounds next month on November 30 at the Suncorp Stadium in Brisbane, Australia.

Mundine has fought most of his career at super middleweight, but he has an uncanny ability to melt down to lower weights through hard work. Mundine is now fighting at 154, albeit not successfully. In the last four years, Mundine has lost to Joshua Clottey, Charles Hatley and Danny Green. In Mundine’s last fight, he defeated journeyman Tommy Browne by a 2nd round knockout last January in Australia.

“It’s fair to say we expect Anthony to come in at weight,” Horn’s promoter Dean Lonergan said to Fight News.

It’s been three years since Mundine fought in the neighborhood of 156. With the money that Mundine can make fighting former World Boxing Organization 147 pound champion Jeff Horn on November 30, you can expect him to make sure he comes in at at 156 pounds or lower. The weight penalty is too stiff for Mundine to fail to make weight for the fight.

Given how bad Mundine looked in his losses to Hatley, Clottey and Green, Horn is not surprisingly the favorite to win the fight. It’s not that Horn was a better fighter now than Mundine was in his prime. Mundine was clearly a much better fighter when he was 30 compared to Horn is right now. The problem for Mundine is that he’s now 43-years-old, and about to fight 12 pounds under his prime weight of 168 when he faces Horn on November 30.

“There is pressure because I am favorite. I will need to be convincing but he has had his time and now it is my time to take over,” Horn said. “I am surprised his career is still going but hopefully this will be his last fight.”

Mundine can still punch with a lot of power. If he can connect with his shots on Horn’s chin, he’s going to take him out. Mundine is a bigger puncher than Crawford, and Horn couldn’t handle his power. What we don’t know is if Mundine will be able to handle the physical roughhouse tactics that Horn likes to use in his fights. Horn roughed Manny Pacquiao up last year in beating him by a controversial 12 round decision in Brisbane. Horn was head-butting and shoving Pacquiao all night long without being penalized or disqualified. If things don’t go well for Horn against Mundine in the early going, you can expect him to go back to his roughhouse tactics if that isn’t his Plan-A coming out of the gate.

Horn has the youth to win this fight as long as he doesn’t get hit with too many of Mundine’s power shots.