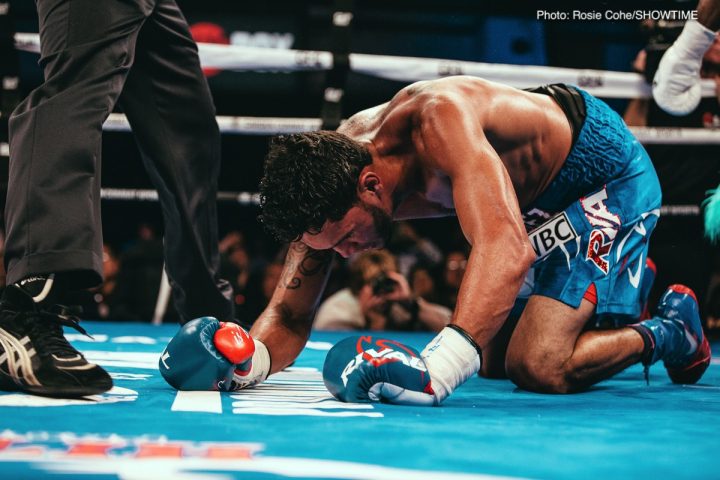 Jaron Ennis continued his knock out streak in impressive fashion in his ShoBox: The New Generation debut on Friday night as the highly-touted prospect from Philadelphia scored a third-round TKO against previously unbeaten Armando Alvarez in an exciting night of fights from WinnaVegas Casino.

The 21-year-old Ennis (21-0, 19 KOs), a former National Golden Gloves Champion, dominated the Key West fighter Alvarez (13-1, 7 KOs) from the start, knocking him down four times in the third round before the fight was waved off with one second remaining in the round. The win was Ennis’s 11th consecutive knockout in a step-up fight for the welterweight prospect, who appeared composed in the ring from the outset.

“I feel so great after this fight,” Ennis said. “I came out and did what we planned on, which was to just get out there and break him down. I wasn’t nervous and I had fun in the ring, I’ve been here before and I’m aware of everything. I’ve been in the ring my entire life and this is always what I’ve been doing.”

Ennis came out aggressive against a game Alvarez and started his attack by going directly to the body. He landed 46 percent of his power shots and led 35-8 in body connects during the short fight, which was originally scheduled for 10 rounds.

Ennis, who has never been past the sixth round, didn’t have plans on making this a long night, as he connected on a left cross to the jaw to put Alvarez on the canvas for the first time after 30 seconds had elapsed in the third round. A delayed-reaction left to the pit of the stomach sent Alvarez down for the second time and a three-punch combination capped by a hook was good for knockdown No. 3.

Referee Adam Pollack waved the fight off with Alvarez on his knees with just one second remaining in the third round following a right uppercut to the chin that ended the fight.

“Alvarez was just another opponent,” said Ennis, who out-landed Alvarez 23-3 in power punches in the final round. “He’s a great fighter but it feels like I’ve been here before. I’ve been fighting forever so it was nothing new. I’ve been doing this since I was a kid.”

Ennis’s two older brothers have both fought previously on ShoBox but came up with losses. “This was my coming out party and it really feels great to be the third Ennis to fight on ShoBox,” Ennis continued.

The previously undefeated Alvarez became the second fighter of the night to lose his undefeated record and the 176th overall in the history of the ShoBox series, which this week celebrated 17 years since its inception in July of 2001. 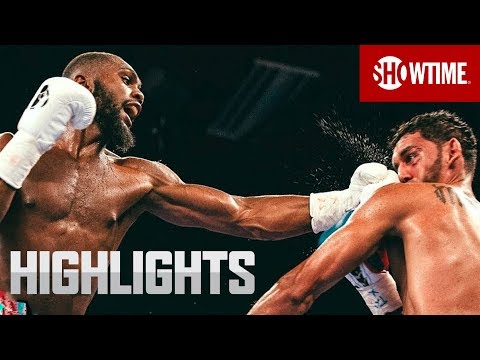 “He was faster than I expected and I didn’t execute my game plan,” Alvarez said. “I was supposed to pressure and I didn’t. He hit me with a surprising shot. He had enough power that I had to respect him. He was just the better man tonight.”

In middle fight of the tripleheader, undefeated Thomas Mattice overcame a knockdown in the second round to escape with a controversial eight-round split decision victory over Armenian Zhora Hamazaryan. Two judges scored the fight 76-75 in favor of Mattice with the third judge scoring it 77-74 in favor of Hamazaryan.

ShoBox commentator Steve Farhood had Hamazaryan (9-1, 6 KOs) winning by a score of 78-73. “That was the worst decision I’ve seen in the history of ShoBox,” Farhood said.

Mattice (13-0, 10 KOs) said he thought he did enough to win the fight, even though he was floored by a devastating right hook from Hamazaryan at 2:30 in the second round.

“Tonight wasn’t my best performance,” Mattice said. “I felt like I Iost the few early rounds. [Hamazaryan] landed some clean shots and he’s a crazy competitor; he wasn’t giving me anything. I think the decision was fair. I out-jabbed him and it may have looked like he was hitting me more but he wasn’t really touching me. The crowd was going crazy over him tapping my gloves. I outpointed him overall.”

Hamazaryan’s pressure enabled him to work his way inside and render Mattice’s normally powerful jab mostly ineffective, as he landed just 19 percent of his jabs. Besides scoring the fight’s only knockdown in round two, Hamazaryan controlled the seventh round and applied more pressure than Mattice in the final three rounds.

“I am extremely upset,” said Hamazaryan, who was fighting for the second time in the U.S. “I deserve a lot more being here in the United States. I worked many years for this opportunity, and for the judges to take it from me is just terrible. I know I won. I’m always a champion. I have already talked to my team and we are going to protest this fight to the right outcome and we will give him a rematch.

He added: “I knocked him down, hurt him several more times and dominated the fight. And how could they just take this from me.”

The action-packed fight was fought in flurries as both fighters came out swinging. Sims was the busier and more accurate fighter, throwing a total of 638 punches and connecting on 211 (33 percent) while Love threw 529 punches and connected on 159 (30 percent).

“I worked well in the beginning even though I was a little rusty,” said Sims, 24, who had not fought in more than a year because of right elbow surgery. “I slacked off in the middle rounds, and picked it up in the last three. I thought I won the fight, but I can’t complain. I haven’t fought in a year and I feel like I am a stronger and a better fighter than I was then.”

In his second appearance on the series, the 23-year-old Love came alive in the middle rounds, highlighted by a blistering right hook midway through the fifth round that knocked out Sims’s mouthpiece.

“Today wasn’t my best day and I just wasn’t able to get in to a groove,” said Love, who fought against Sims when the two were teenagers in the amateurs. “I definitely didn’t fight my best. I felt good in the third and fourth rounds.

“We definitely want a rematch,” Love continued. “Today was an off day but we hundred percent want a rematch and want to fight again, wherever and whenever.”

Friday’s tripleheader will replay on Monday, July 23 at 10 p.m. ET/PT on SHOWTIME EXTREME and will be available on SHOWTIME ANYTIME® and SHOWTIME on DEMAND®. 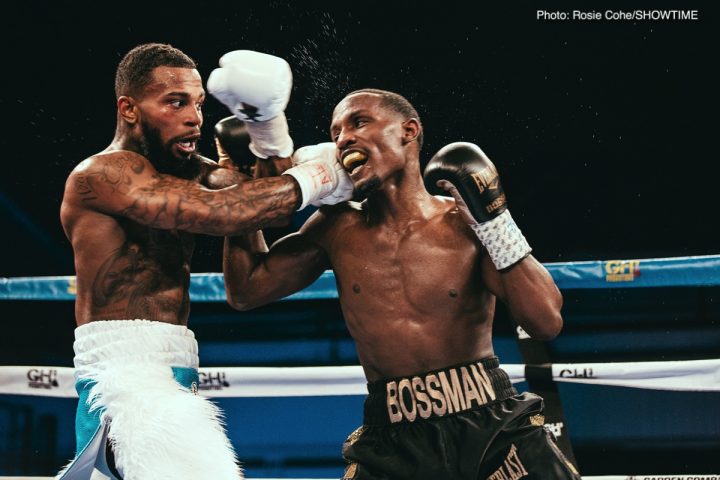 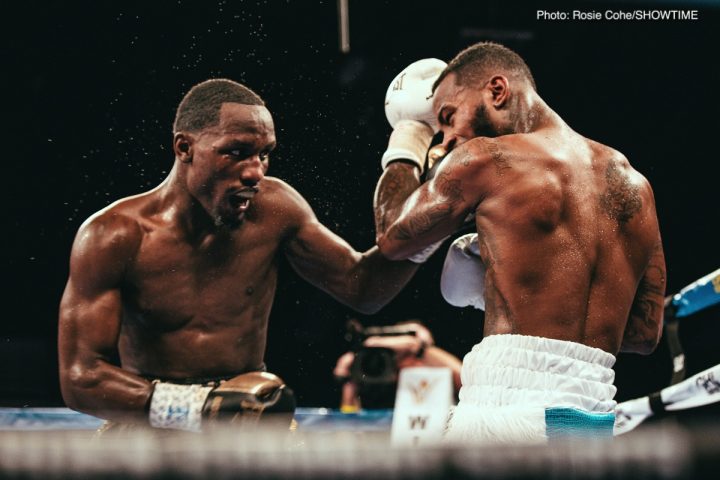 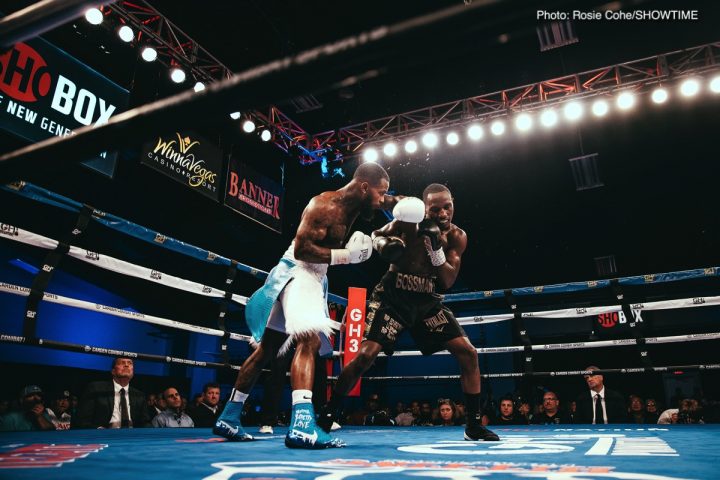 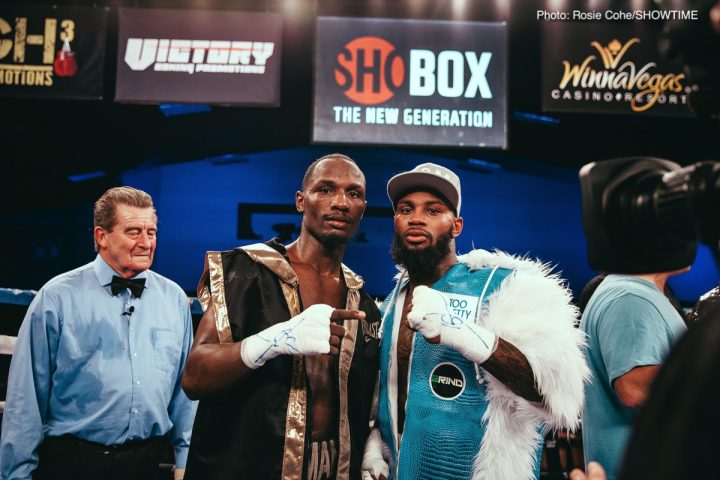 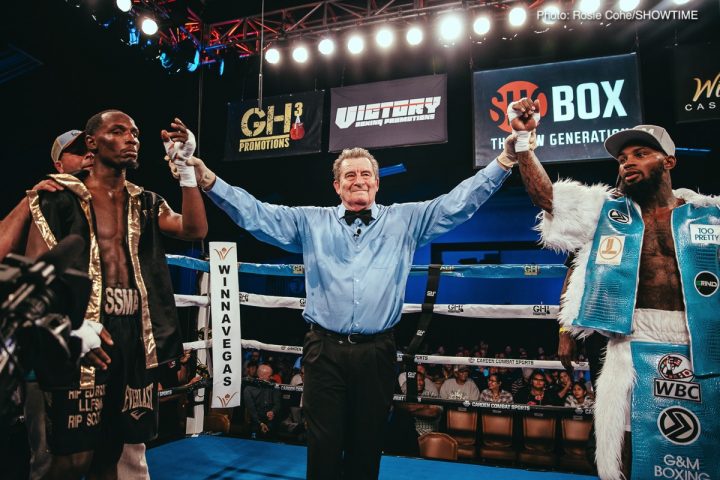 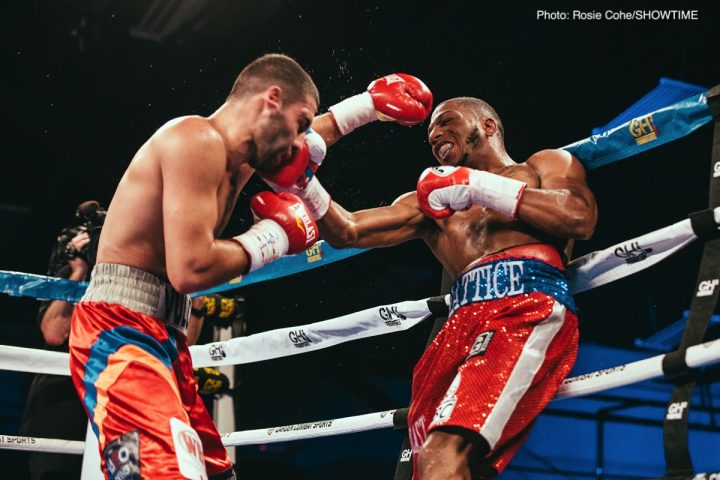 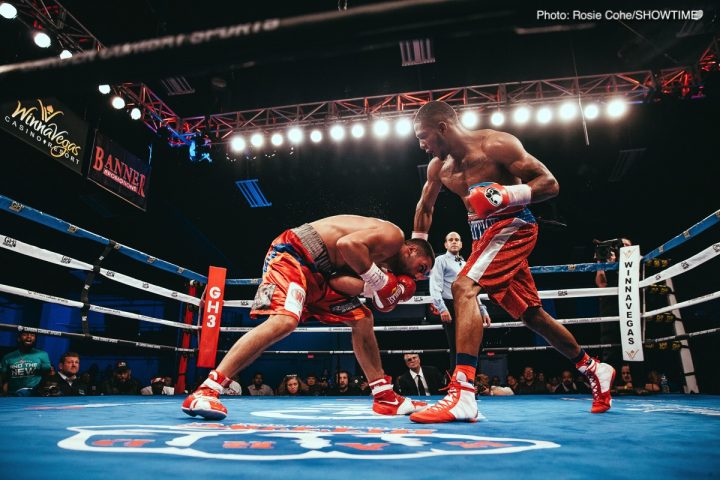 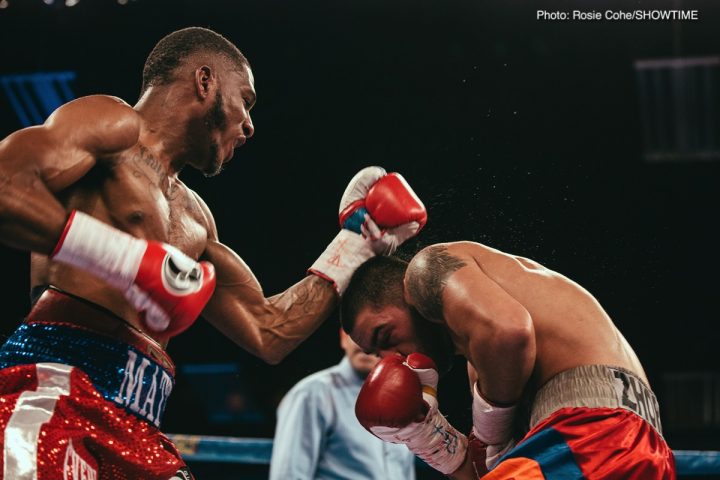 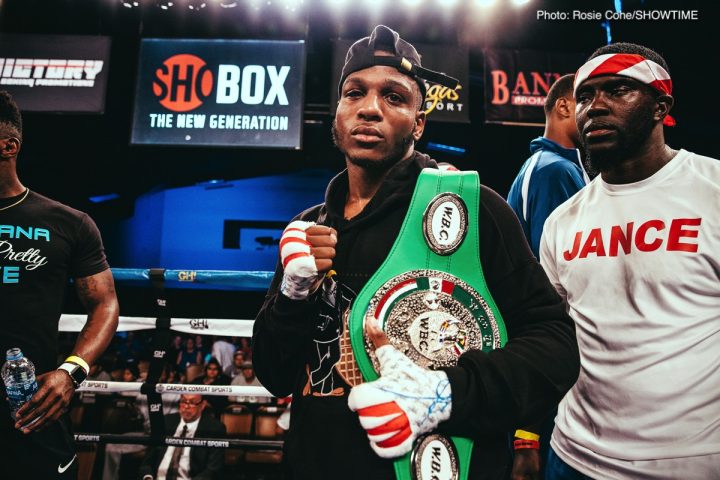 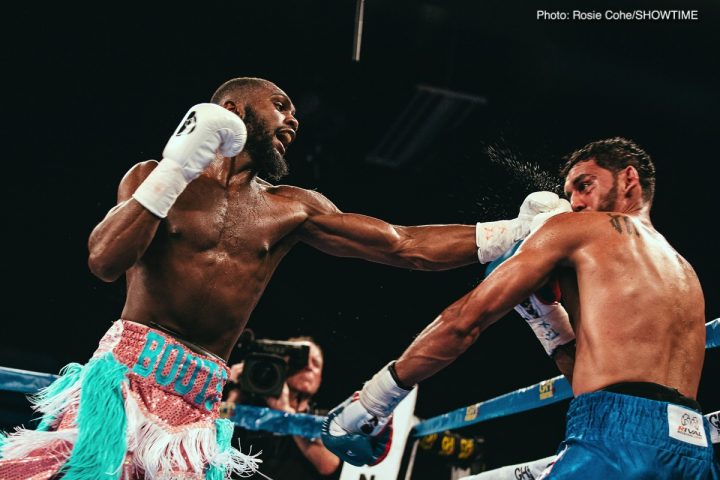 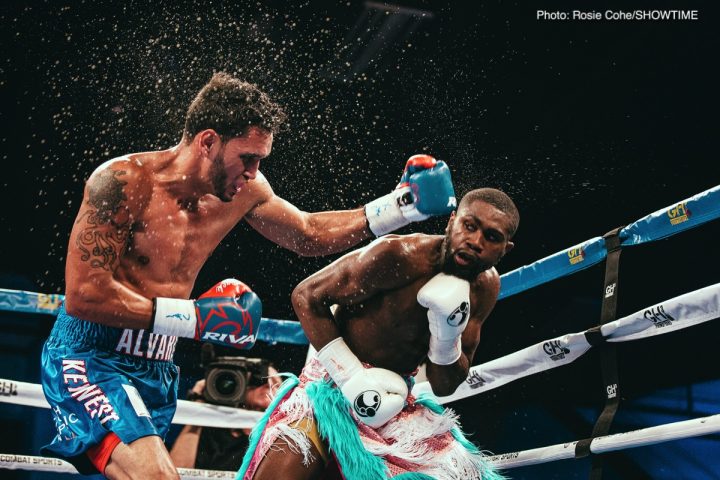 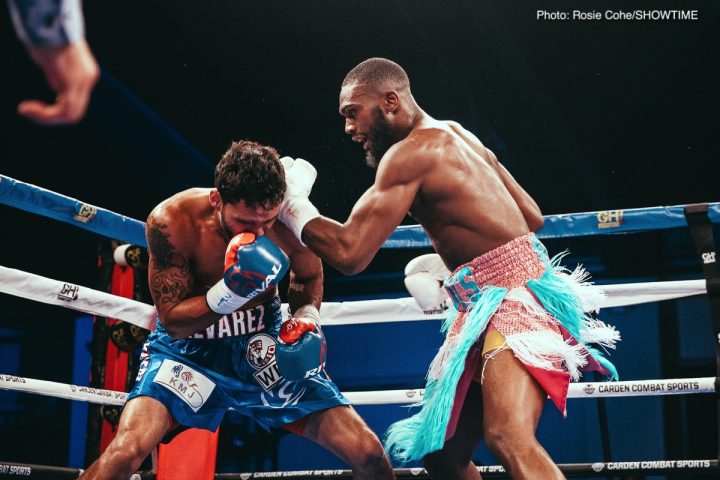 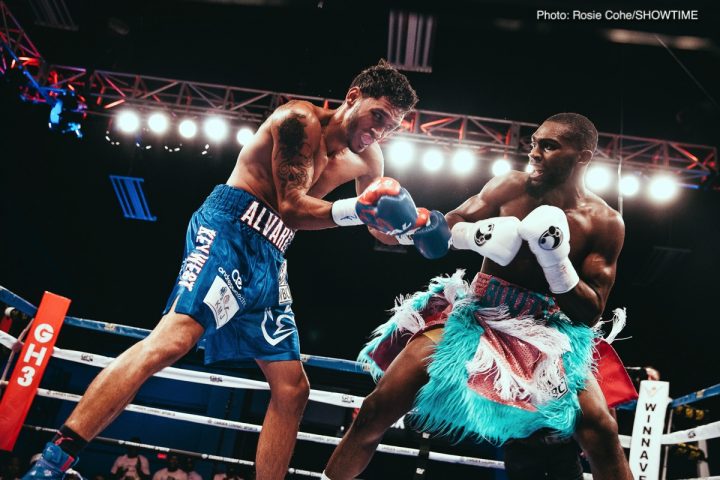 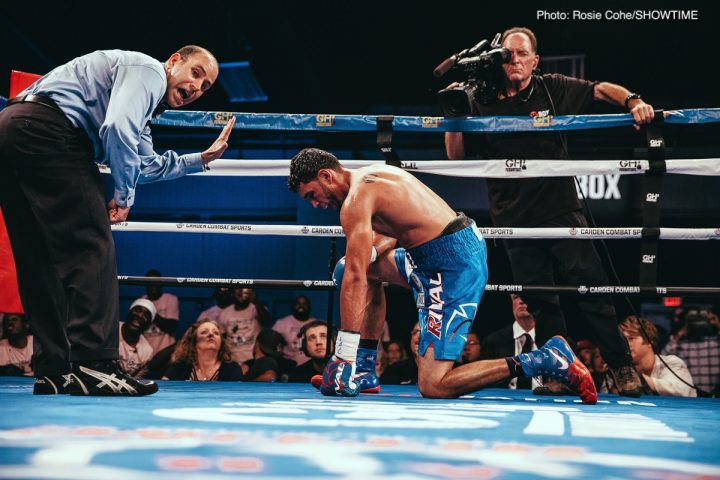 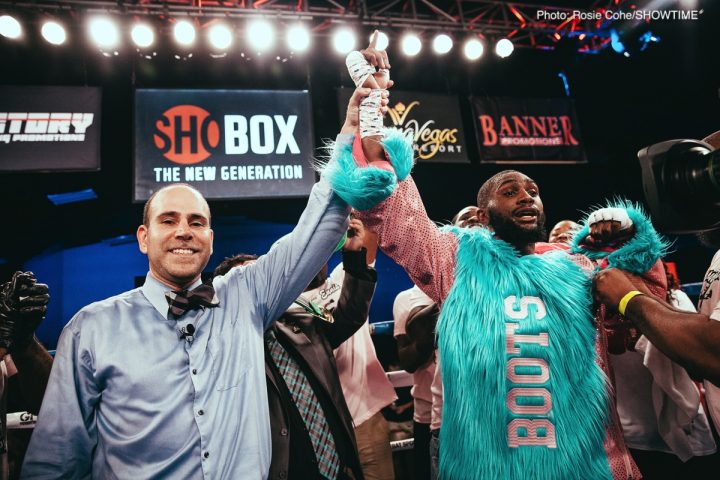