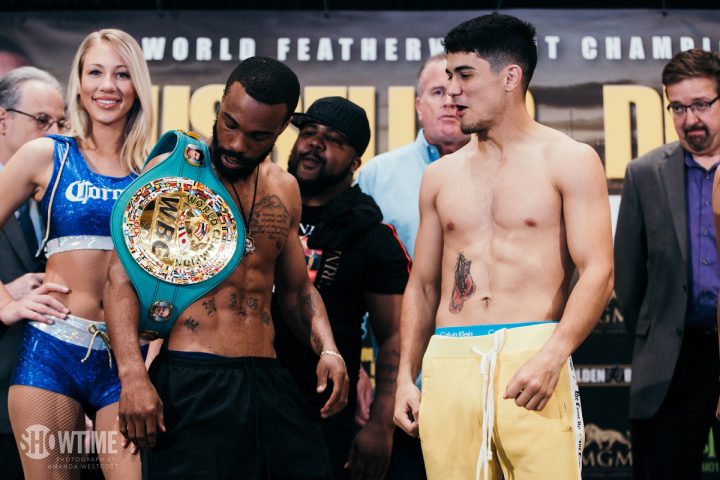 By Jeff Aranow: WBC featherweight World champion Gary Russell Jr. (28-1, 17 KOs weighed in at 125.5 pounds on Friday for his title defense against up and comer Joseph ‘Jo Jo’ Diaz Jr. (26-0, 14 KOs) for their fight on Saturday night on Showtime Championship Boxing at the MGM National Harbor, in Oxon Hill, Maryland.

For his part, the 26-year-old Diaz Jr. weighed at the featherweight limit at 126lbs and looked huge in the upper body compared to Russell Jr. Diaz tends to put on a lot of water weight after he rehydrates. We’ll have to see how much bigger he gets after he rehydrates by fight time on Saturday.

Russell is four years older than Diaz at 29-years-old, but he’s not old enough for it to matter in the grand scheme of things. If Diaz is going to win the fight on Saturday, it’ll be due to his size, power, skills and overall career activity level rather than because of his youth.

The venue for the Russell-Diaz fight favors Russell Jr., as he lives in Maryland and this is where he has a large following of boxing fans. However, Saturday will only be the second time in Russell’s career that he’ll have fought in his hometown. Russell Jr. has travelled all around to different cities since turning pro in 2009, and it’s been recently that he’d had enough clout to fight in his home city of Maryland. For that to continue, Russell Jr. will need to keep winning and keep bringing in the boxing fans. If he gets beaten by Diaz Jr. on Saturday, it won’t be surprising to see him back on undercards fighting in places like Las Vegas, Nevada and Indio, California.

“My family keeps me hungry at this stage of my career,” Russell Jr. said. ”My friends, my true fans that come out here and support me – I love you. I get my energy from them. A lot of my opponents say that when they are in the ring with me they feel like they’re getting hit by multiple people. I bring the energy of my true fans in the ring with me,” Russell Jr. said.

Russell’s hand speed will be the thing that pushes him over the top to victory on Saturday night if he’s going to beat Diaz. It won’t be the crowd that will win the fight for Russell Jr. He’s going to need to use his hand speed to get the better of Diaz, because he can’t count on the crowd giving him an adrenalin boost for the full 12 rounds. It’s possible that Diaz will attempt to box Russell and use movement to beat him in the same way that Vasyl Lomachenko did in 2014.

Initially, Lomachenko tried to stand and beat Russell Jr. at close quarters the way he does all of his opponents, but he quickly discovered that he didn’t have enough hand speed to compete with him in close. Lomachenko then adapted and used movement, jabs and single pot shots to box his way to a 12 round majority decision. The fight was closer than the scores that were turned in by two of the judges, who had it 116-112, 116-112 for Lomachenko.

“I feel as though I am the best fighter in the division, hands down,” Russell Jr. said. ”JoJo Diaz has stated that. I feel that I shouldn’t be going the distance with anybody. If I do, I’ll be disappointed in myself. We ain’t going 12,” Russell Jr. said.

If Russell could beat all of those guys, he’d increase his popularity in a huge way. Unfortunately he doesn’t fight often enough for that to happen.

“I respect Gary Russell’s speed, but at the end of the day speed is not everything,” Diaz Jr. said. ”I have the right timing and I’m able to adjust and adapt. He is fast and I respect that. We’re going to give the fans a hell of a fight on Saturday night.”

Diaz Jr. hasn’t fought anyone with the same kind of hand speed, power and talent that Russell Jr. has going for him. it’s hard to predict what Diaz Jr. will do once he gets inside the ring with Russell Jr. because the guys that he’s been fighting since he turned pro are so far below him in talent. If Diaz Jr. is going to win this fight, he’s going to need to raise his game from the fighters that he’s been beating lately. Diaz Jr. has recent wins over former WBC super bantamweight champion Victor Terrazas, Rafael Rivera, Manuel Avila, Horacio Garcia, Adrew Cancio, Victor Proa and Jayson Velez.

Diaz’s win over Horacio Garcia (33-4-1, 24 KOs) stands out above the rest because of the problems he gave Carl Frampton last November in close a 10 round unanimous decision in Belfast, Northern Ireland. Garcia knocked Frampton down in the 7th round, and appeared to win at least 5 of the 10 rounds. A lot of the boxing fans thought the fight should have been score a 10 round draw instead of a victory for Frampton. Diaz easily beat Garcia by a 10 round unanimous decision by the scores 100-90, 100-90 and 100-90 in their fight in December 2016.

“Saturday night, I’m going to be the bigger man in there. I made the weight and now it’s time to go hydrate,” Diaz Jr. said about his belief that he’ll have more size than Russell Jr. ”Training went well, my conditioning is good, my strength is there. I’m going to break down Gary Russell physically and mentally. I’ll be the champion come Saturday night.”

It’s possible Diaz could beat Russell Jr. on size. Diaz looks huge after he rehydrates for his fights. He literally looks like a short 5’6” welterweight after he rehydrates. As big as Diaz is, he could do what Manny Pacquiao does in fighting at 147 if he was willing to be the smaller fighter. Diaz Jr. would probably make more money fighting at welterweight than he does competing in the 126 lb. weight class. I’m not sure how effective Diaz would be without the size advantage that he’s been using to win fights. Maybe Diaz wouldn’t do well without him being 10 lbs. heavier than his opponents.

I’m not sure that Diaz is going to be able to continue to make 126 for too much longer. He easily could be fighting at super featherweight and lightweight if he were willing to fight in those weight classes. Again, Diaz wouldn’t have quite as much of a size advantage as he’s grown accustomed to fighting at featherweight, but he’d still be bigger than a lot of the guys that he fights against. Diaz would have a good chance of showing the boxing world that he’s not a weight bully like a lot of fans believe him to be. Fighting guys near his same size will give Diaz a chance the fans that he doesn’t just win his fights because of his size advantage. He can beat his opponents with his boxing skills. 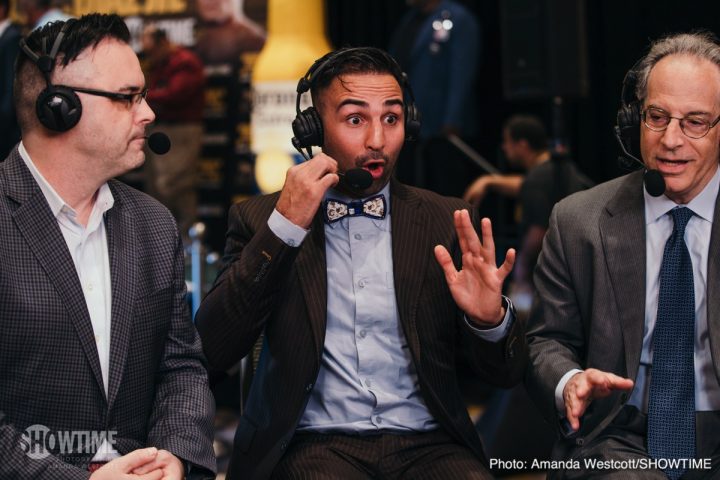 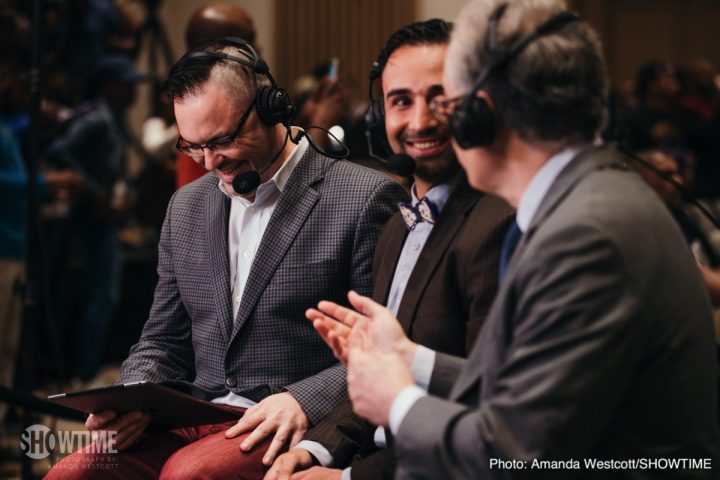 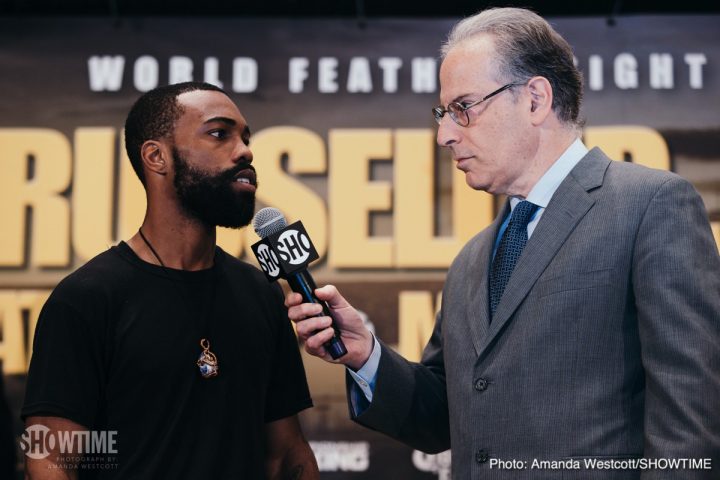 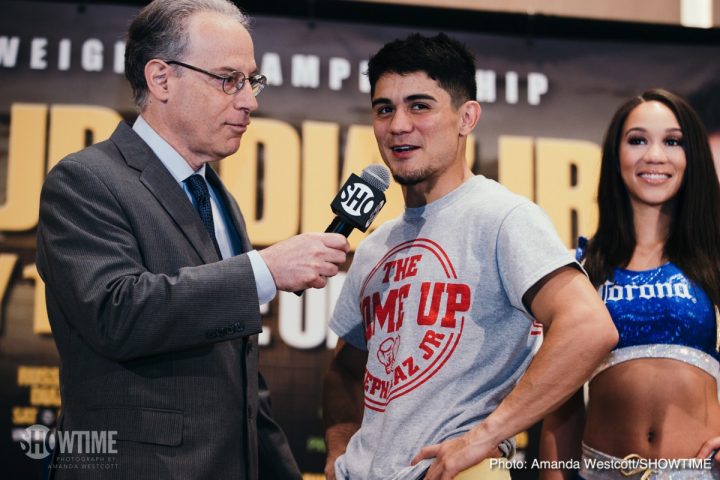 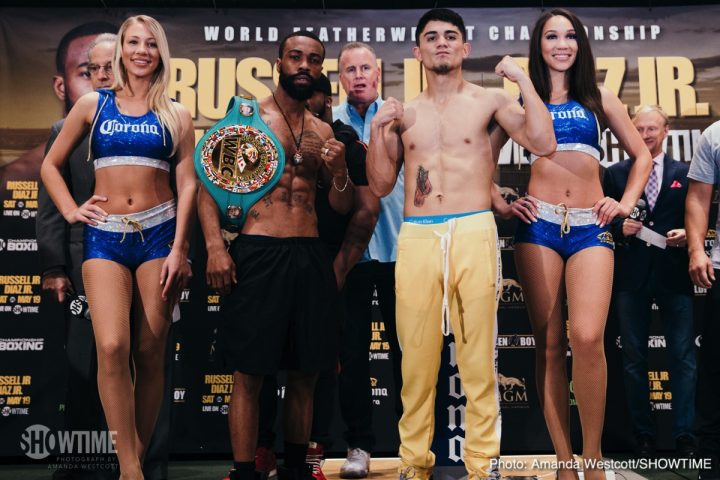 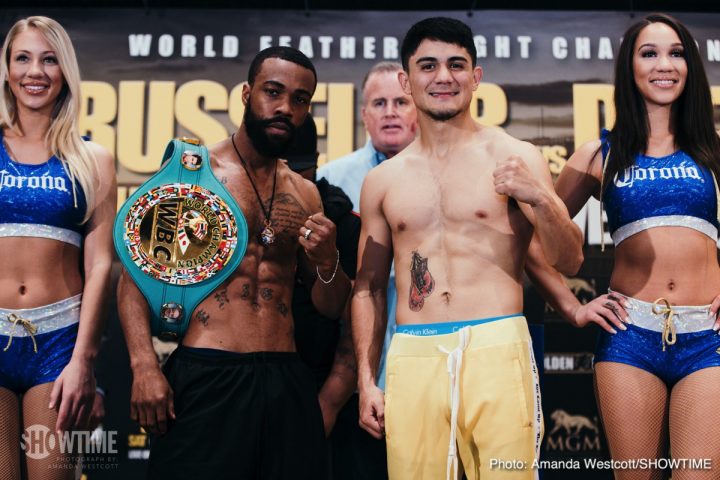 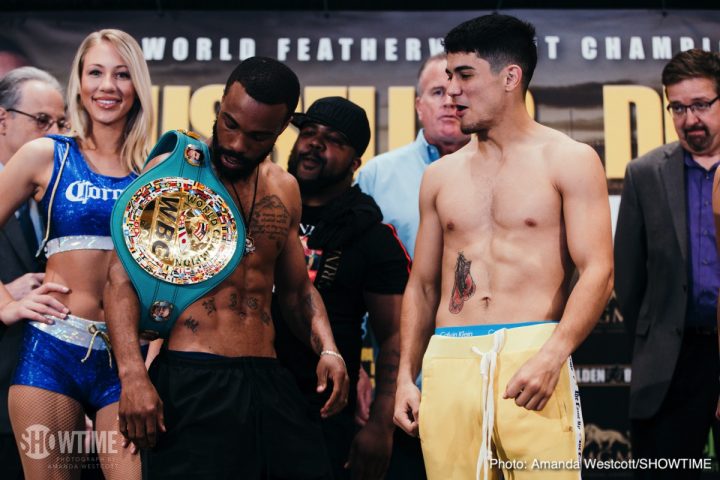 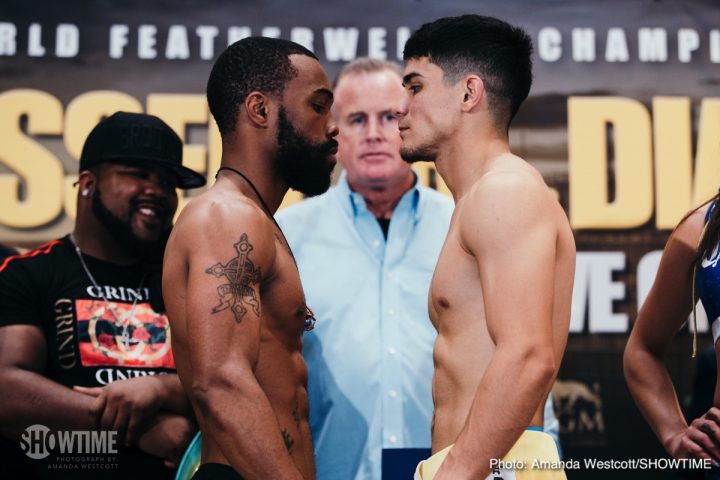 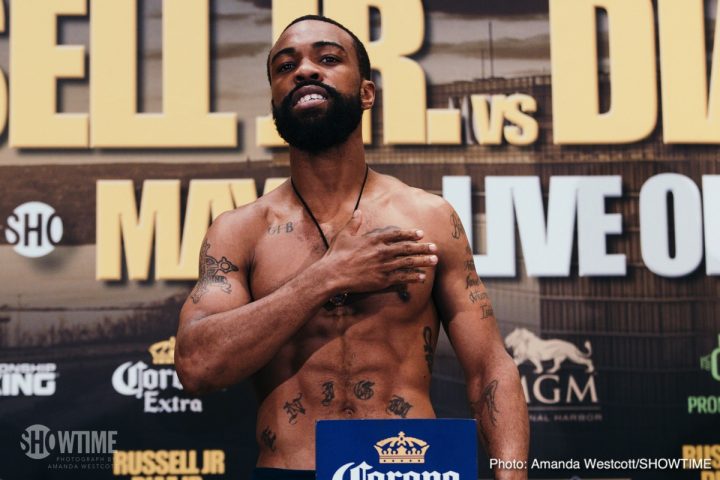 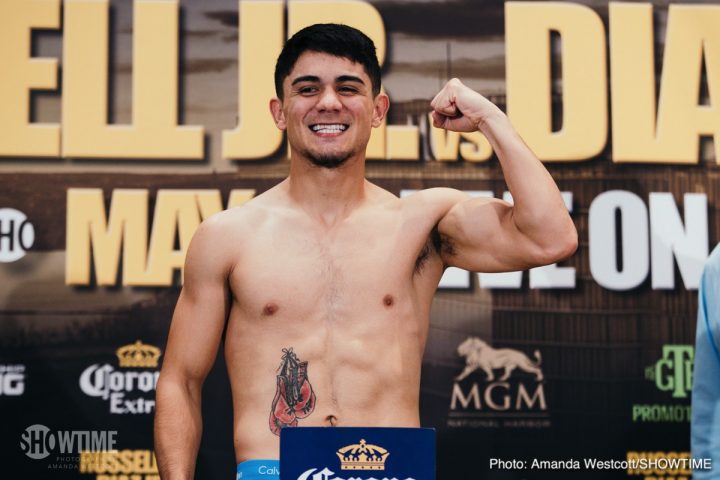 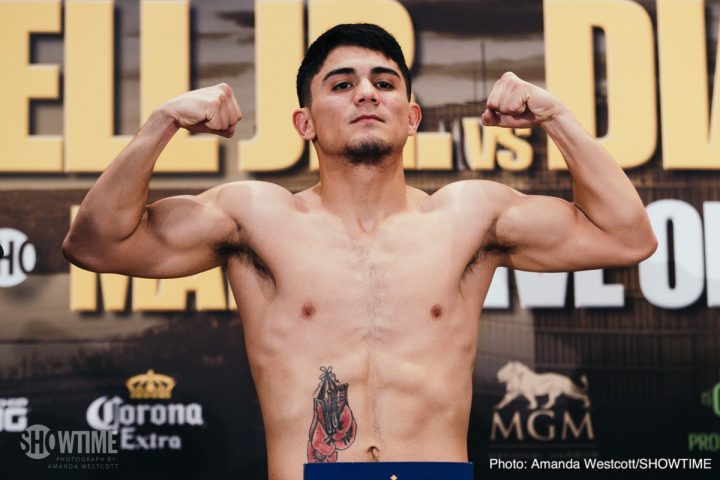