Shannon Briggs vs. Fres Oquendo to have second purse bid on Feb.23 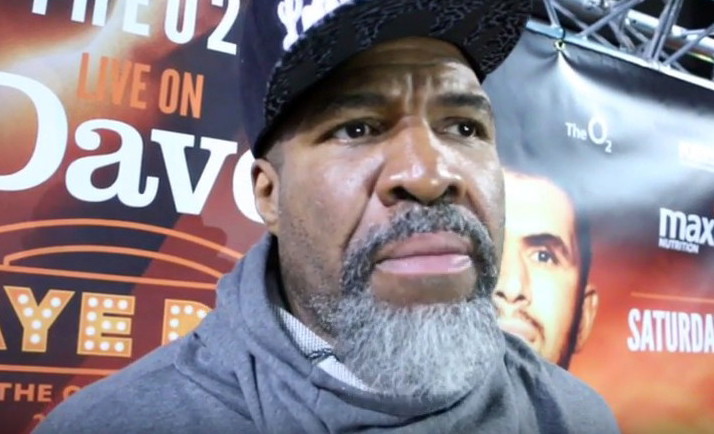 By Jeff Aranow: Earlier today, heavyweights Shannon Briggs and Fres Oquendo met for a purse bid. Unfortunately for them, there wasn’t a big enough bid to meet the World Boxing Association’s minimum requirement of $1 million, according to Fight News. The WBA has now scheduled a second purse bid for the Briggs-Oquendo fight on February 23.

Hopefully there will be a large enough bid for the second purse bid so that the fight can go ahead. Today’s high bid was $400K by Henry Rivalta from The Heavyweight Factory, according to Fight News.

When Briggs and Oquendo eventually do wind up facing each other, they’ll be fighting for the WBA World heavyweight title. At some point, the winner of that fight could wind up possibly facing the Anthony Joshua vs. Wladimir Klitschko winner.

If the Briggs-Oquendo winner defends the WBA title before that, then it might be difficult for them to successfully defend it. Even the bottom fringe contenders in the WBA’s rankings would be difficult fights for Briggs and Oquendo. These are a couple of older heavyweights that haven’t fought in a long, long time.

The soon to be 44-year-old Oquendo last fought in July 2014 in losing to Ruslan Chagaev by a 12 round majority decision. The 45-year-old Briggs hasn’t fought since May of 2016 in beating journeyman Emilio Zarate (20-16-3) by a 1st round knockout. The last time that Briggs fought a good heavyweight was 7 years ago in 2010 when he was beaten by Vitali Klitschko by a 12 round unanimous decision. Briggs was able to get ranked #4 with the WBA after beating 9 mediocre heavyweights. It’s pretty surprising how Briggs was able to get ranked at all given the level opposition that he’s faced since 2014.

Oquendo is ranked No.5 with the WBA, and he hasn’t fought since 2014. It would be great if the Briggs and Oquendo fought someone dangerous like Luis Ortiz before they faced each other. You’d know where they both are in terms of what they have left in the gas tank.


« Kell Brook vs. Errol Spence deal reached for May 20 in Sheffield, UK