By Allan Fox: Shannon Briggs says Tyson Fury is making a mistake in taking he fight against WBC heavyweight champion Deontay Wilder after just two tune-ups. Briggs says Fury’s opposition has been too poor for him to take on a fighter like Wilder. Briggs thinks Fury is going to get knocked out quickly by the unbeaten Wilder (40-0, 39 KOs), and he’s not the only one who thinks that.

A lot of fans think Fury (27-0, 19 KOs) isn’t remotely ready for the 6’7” Wilder yet. Briggs thinks Fury should have waited until he got five to ten tune-ups under his belt before taking on a fighter like Wilder.

“It’s kind of hard for me to take him serious, because he’s jumping into [the Wilder fight],” Briggs said to IFL TV. “He’s taking a fight he’s not ready for. As advice to him, you need more fights, champ. I don’t think he’s ready. We all know Wilder’s punching hard. He’s cracking and on a winning streak. He’s undefeated and only one fighter has lasted 12 rounds against him. He’s strong, he’s fast. You have to bring experience and punching power, which I have,” Briggs said.

Fury, 29, is going to try and out-smart Wilder in the same way he did in beating Wladimir Klitschko in 2015 in using tricks to defeat him. Fury did a good job of using constant feints with his jabs o throw Wladimir off enough for him to win a close decision. Fury was able to tie Wladimir up when he would throw a shot and miss, and that helped him keep his offense bottled up. Fury will likely try the same thing against Wilder. It’s unclear whether Fury will be able to throw Wilder off by using a lot of feigns, because he’s a different type of fighter than Wladimir. Wilder is less inclined to hold back with his power shots just because Fury is using feints. If Fury is going to stymie Wilder’s offense, he’s going to need to use other tricks like the following:

– Leaning back with his head over the ropes

”Fury has experience from fighting Klitschko, but that’s many years ago,” Briggs said.” I don’t think he has the punching power to keep Wilder off of him, and I think Wilder is going to punish him and knock him out early. I just think he needs a couple of more fights. He [Fury] won the title [against Klitschko. He got the job done, but that fight sucked. The fight was terrible, and right afterwards he disappeared. Now he’s back. He’s fought two pies [Sefer Seferi and Francesco Pianeta], and he’s getting a title fight,” Briggs said.

Fury’s two tune-up fights against Francisco Pianeta and Sefer Sefeir aren’t going to prepare him for what he’s going to be experiencing inside the ring with Wilder. Briggs thinks he should hire him as his chief sparring partner. He says he wouldn’t even ask to be paid. He just wants he opportunity to hurt Fury. However, the 47-year-old Briggs is nothing like Wilder with his fighting style. It would be a waste of time for Fury to use Briggs as a sparring partner for the much younger, taller and powerful Wilder. Moreover,

Briggs’ advanced age would make it likely that he would suffer an injury during sparring with Fury, making him useless. Fury needs to hire younger, taller sparring partners that can be counted on to make it through the entire training camp with him.

”The guy is a nice guy. He’s funny and he’s entertaining, but he’s not ready,” Briggs said about Fury. ”If Fury can pull this off and beat Wilder, he’ll go down as one of the greatest fighters of all time, because he would have proved that he can upset a guy and upset another guy. Two big upsets. Scientifically speaking, he can’t take it. You can look at his punching power. He’s not going to be able to take the punishment that Wilder is going to dish out on him,” Briggs said.

Since coming back from a 2 ½ year layoff from boxing, Fury doesn’t look that much different than he did before his long layoff. There’s not much difference. Fury taking more tune-ups probably won’ do much in improving him from what he’s always been. At 29-years-old, Fury is the finished product and he’s probably not going to change no matter how many tune-ups he has. The thing that will hurt Fury’s chances of beating Wilder is his lack of hand speed and punching power. That’s not going to change no matter how many tune-ups Fury has. Briggs doesn’t realize that it doesn’t matter how many fights a guy like Fury has under his belt. He’s always going to struggle against certain heavyweights with a lot of punching power and size. Fury did a good job of beating Wladimir in 2015, but he was facing a guy that was afraid to throw punches for fear of being countered. Wilder likely won’t hold back when it comes to letting his hands go unless Fury can make hi reluctant to throw shots. The best way for Fury to do that is to work on his punching power and come up with something that he can hit Wilder with early to make him respect his power. If Wilder is unafraid to let his hands go, he’s going to go after Fury and look to finish him off early.

”Wilder has been boxing, he’s been active,” Briggs said. ”He’s strong. He’s skinny, but he’s cracking. He’s got that skinny power. You need tune-ups. You need five or ten more of those pies. That’s going to help you get your confidence up and get your weight down. You’re only 30-years-old. You don’t need to rush right now. You might not have a career no more [if you lose to Wilder]. You just need to chill. If you just want to get the payday, then jump in there. You better box. Don’t make it a slugfest. Use your jab, out-box him. Fight him like you fought Klitschko. Stay on the outside. Let these guys come after you. Make them commit. If you beat him on points, it might suck, but you did it again, champ. If he cracks you, you’re still young, but it may hurt. You might not want to do this no more. You’re going to have to box for 12 rounds. You’re not knocking Wilder out. Just fight him like you fought Klitschko. If Wilder gets inside you and he starts digging in the flesh, I don’t think you’re going to win, because you haven’t been training,” Briggs said.

Fury feels he’s ready to take on Wilder, so you can’t blame him for wanting to take the fight. The only thing that Fury needs to do is lose a little more weight to get back to his old fighting weight of the 240s, and figure out a good way to keep Wilder from landing his right hand shots. Deontay doesn’t have much of a left for Fury to worry about. It’s just his right hand that he needs to be concerned about.

”You fought two pies. Two sparring matches,” Briggs said about Fury’s two tune-up fights against Pianeta and Seferi. ”One due quit in sparring, and the other dude was a sparring partner that you were just playing with. You’re training hard, but you’ve not been doing any heavy sparring. You’re going to go in the Wilder fight and spar now. That’s going to take a lot out of you, champ. You’ve got to in condition. He shouldn’t be fighting Wilder right now. I want to spar Fury in York Hall. I want no money. I’ll spar him for free. I’ll be your chief sparring partner for free. No money. You ain’t got to pay me nothing. I just want to beat him up. I like him. People are going to get excited about the Wilder fight. I wish he had taken some more fights. It should be a great fight. What’s missing from the fight is there’s no bad blood. These two guys seem to be kind of chummy. It takes away from the fight. I think it’s about money,” Briggs said.

Briggs is correct about there no being any bad blood between Fury and Wilder. It would definitely make the fight a lot bigger if the two of them disliked each other the way that Wilder does with Anthony Joshua. Never the less, Fury-Wilder is still a great fight for the boxing public even though the two of them don’t hate each other. The fans want to see the fight regardless. The fans want to see whether Fury will finally taste defeat for the first time or if he’ll be able to work his magic once again and come up with a great game plan to keep Wilder from landing his big right hand shots. Fury pulled off the upset against Wladimir three years ago in beating the Ukrainian fighter in front of his own boxing fans in Germany. It’s possible that Fury will be able to do the same thing to Wilder in front of his American fans in Las Vegas, Nevada. 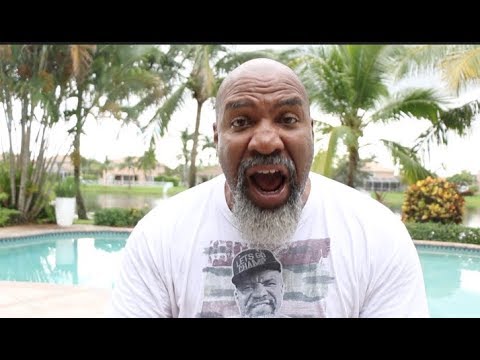 
« What we learned from Fury vs. Pianeta

“The Special One” Sharad Collier Back in action Oct. 20 at Foxwoods »