Why has Cecilia Braekhus never been on the Ring Magazine cover? 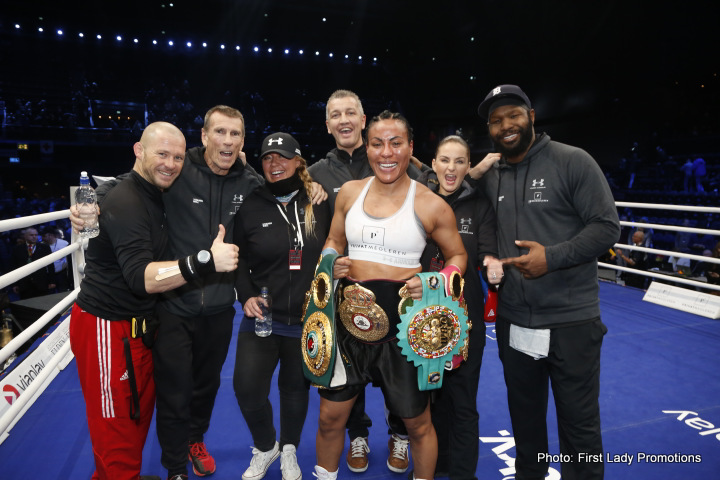 By Gerardo Granados: Last Friday, February 24 at the Spectrum, Olso Norway, the First Lady of Boxing Cecilia Braekhus defeated Klara Svensson by Unanimous Decision. Even if I am not the biggest female boxing fan, I do admire and respect female fighters from all fighting disciplines. It is true that I don’t pay the same attention to female boxing as I do to men boxing, but none the less I do enjoy watching a good scrap between two skilled female ring warriors.

I said to a friend, “I have nothing against Ronda Rousey or Clarissa Shields but how come Cecilia Braekhus has never been on the Ring Magazine cover? ”

Braekhus is the reigning, undefeated – undisputed female welterweight champion of the world, Cecilia is the current WBC-WBA-IBF-WBO-IBO titlist. The First Lady of boxing holds an undefeated record of 30 wins, no losses and no draws. She has an impressive title fight record of 20 consecutive wins, no losses and no draws, also a streak of 19 consecutive title defenses.

Back in 2009 Braekhus became the WBC-WBA champion. Conquered the WBO title in May 2010, won the IBF title in September 2014 and the IBO strap in 2016. Braekhus debuted back in January 2007 and has reigned as the WBC-WBA welterweight champion since March 2009, so Cecilia is only less than one month shy of being eight years as world champion.

The problem with Braekhus could be that she has fought almost his entire boxing career at Europe, fighting only once in America in 2008. So, Cecilia must be out of the radar for the casual boxing fan and for sure for most of the average sports fans.

Perhaps only the hardcore fight fans do know the quality she has and for me, Braekhus is the female TBE. To talk about Cecilia to casual fight fans, might be like talking with an average sports fan about the historic distance of the three-point line at the NBA or trying to explain to an average sports fan, about the roughing the passer rule or the receiver illegal contact origins at the NFL.

But, it is impossible for the prestigious Ring Magazine to not to know who Cecilia Braekhus is, and for them to have ignored her for so long and to have not given her the honor to be on their cover yet is beyond me.

I have no doubt that if Ronda Rousey who is MMA fighter or Olympian Shields to have landed on the cover that it is great for female fighters, but somehow I feel that Cecilia Braekhus has been overlooked because she has more than enough merits to have been on the cover.

This issue about Cecilia Braekhus to have been or not, on the cover of the Ring Magazine, or at any other major sports – boxing magazine can be trivial and even irrelevant for some fight fans. But to give to Braekhus the cover brings not only recognition to her individually, it also brings recognition to female boxing in general.

If Cecilia was the daughter of a former boxing legend, then for sure Braekhus would have landed on the cover a long time ago. But instead, we do have the opportunity to follow the boxing career of a female boxer who has had an unprecedented run at female prize fighting. Cecilia Braekhus is a special boxer and for sure deserve the press and boxing media recognition that she previously earned inside the ring.

I have no doubt that Cecilia Braekhus deserves not only the cover on the Ring Magazine, but also the applause of us the fight fans. But how about the readers, do you agree? 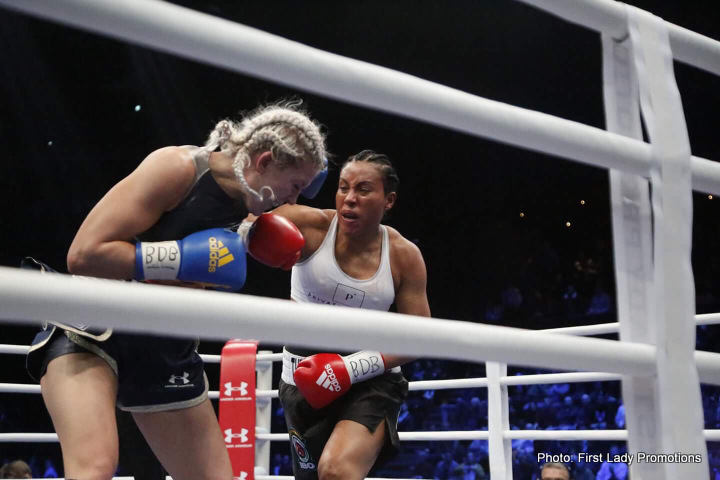 Parker: I can adapt to Deontay Wilder’s style »