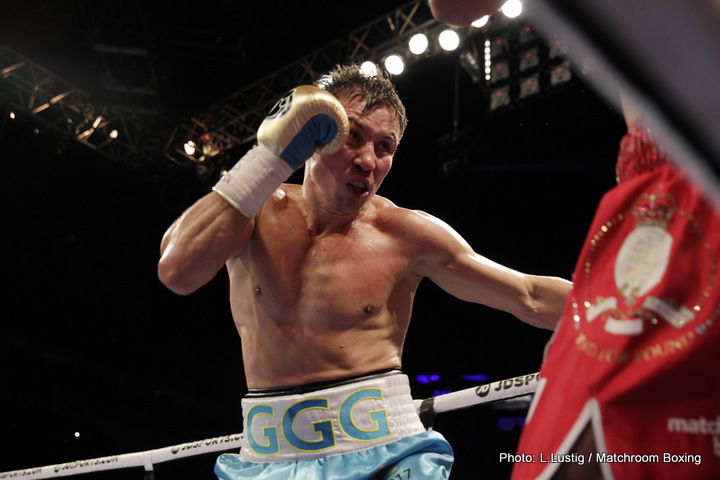 By Eric Baldwin: Paulie Malignaggi sees no point in talking about the Saul “Canelo” Alvarez vs. Gennady “GGG” Golovkin fight for at least one to two years, as he feels that Golden Boy Promotions are not going to make the match until Triple G starts to age more. Right now, Golovkin is still fighting at too high a level for Golden Boy to make the fight. However, Malignaggi says that the 26-year-old Canelo has youth on his side, being that he can wait until Golovkin is sufficiently old before the fight gets made.

With Golovkin older and more vulnerable, then the fight can get made. Malignaggi sees the Golovkin vs. Danny Jacobs fight as a better fight, and a more realistic one than the Canelo-Golovkin fight right now.

Malignaggi said this to IFL TV:

“It’s not going to happen for at least a year, maybe two years, it’s not going to happen,” said Malignaggi in talking about the Golovkin vs. Canelo fight. “It’s so obvious what’s going on. Canelo has the youth factor on his side. Canelo’s team knows that. So they’re going to smoke out Golovkin to see how long it takes to start looking his age. When he starts looking his age, you still have a young man Canelo. Canelo was born in 1990, so he has time on his side. He’s still entering his prime. It’s so obvious what’s happening. I don’t know why we’re talking about this fight. It’s not going to happen until Golovkin finally starts showing us a little of his age, as he starts getting older. Canelo’s team knows this. They have age on their side. They have the young man on their side. There’s no use talking about the fight until you start seeing age showing itself.”

If Golden Boy does decide to wait Golovkin out until he gets older, they might be making a big mistake, because his game is based on punching power and boxing skills rather than speed. Fighters don’t lose their power until well into their 40s. For all we know, Golovkin may still be punching with massive power even in his mid-40s. It would look really bad if Golden Boy dodged Golovkin for 10 years while waiting for him to lose his power so that Canelo can fight him.

What’s sad is that Malignaggi is probably dead on correct about Canelo’s management waiting until Golovkin is older before making that fight. Yeah, Golden Boy is making it appear that they’re interested in putting the fight together with Golovkin’s promoter Tom Loeffler, but that might be posturing on Golden Boy’s part. You see them offering Loeffler a flat fee rather than giving them a percentage deal. Golden Boy keeps repeating how good of a deal the lump fee is rather than giving in to give Golovkin’s team the percentage split they’re asking for. Golden Boy isn’t budging from their original offer made a month ago, and they keep repeating the same offer to the media.

That suggests that this is all show and not serious from Golden Boy. If this was a serious attempt by them to get the Golovkin fight, we would see them coming back with a better offer to try and make the fight happen, as Loeffler has already said that he’s not interested in the offer that was made to him. De La Hoya’s response was if Golovkin’s management can fight a better deal, then good luck to them. De La Hoya doesn’t like a promoter that is seriously interested in matching Canelo against Golovkin – yet. I think De La Hoya will be very interested in making that fight happen in the future when Golovkin gets older and is starting to look over the hill. 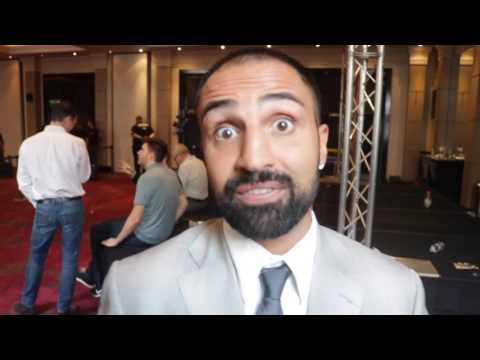 Jacobs doesn’t have the popularity that Golovkin has right now, so a Canelo-Jacobs fight wouldn’t be a huge affair. If Golden Boy tries to wait out the 29-year-old Jacobs until he ages sufficiently for Canelo to beat him, I think it might be a waste of time, because there are not enough years that separate the two fighters. For all we know, Jacobs might age better than Canelo and wind up still beating him four or five years from now when/if Golden Boy looks to wait that long before making the fight.