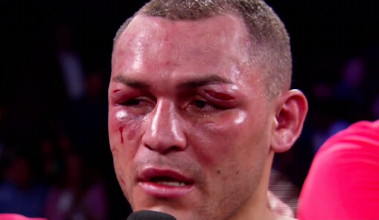 By Patrick McHugh: 35-year-old former WBO light welterweight champion Mike “Mile High” Alvarez (35-4, 24 KOs) will be fighting in less than two weeks from now on June 25 against Josh Torres (15-4-2, 7 KOs) in a fight scheduled for eight rounds at The Bomb Factory, in Dallas, Texas. The fight card will be televised on UniMas at 11:00 p.m. ET/PT.

Alvarado was a pretty good fighter from the start of his career in 2004 to 2012. However, Alvarado’s career started to go downhill in October 2012 in losing his first fight of his career to Brandon Rios by a 7th round knockout.

To Alvarado’s credit, he came back from that loss to defeat Rios in a rematch five months later in March 2013 in beating him by a 12 round decision. That was the last bit of real success that Alvarado has had in his career, because he’s since loss to Ruslan Provodnikov, Juan Manuel Marquez and Rios in a third fight.

It seems that Alvarado’s decline in the sport was more mental than physical because he didn’t look in great shape for any of those fights. Alvarado did win his last fight in beating little known fighter Saul Corral by a third round knockout last March, but that wasn’t a high quality opponent.

At this point, it’s probably going to take a miracle for Alvarado to turn his career around to become the fighter that he once was. He’ll need to get back to that level if he wants to compete with the top welterweights in the division.

On the undercard is super middleweight Matt Korobov (25-1, 14 KOs) facing 34-year-old journeyman Bryan Vera (23-10, 14 KOs) in an eight round bout. Vera hasn’t fought in 12 months since his 2nd round knockout loss to Rocky Fielding in June 2015. It’s unclear why Vera hasn’t continued fighting all this time because he’d been fighting on a steady basis since starting his pro career 12 years ago in 2004. Of course, Vera’s career has never been as bad as it’s been in his last four fights, as he lost all four of them in defeats against Julio Cesar Chavez Jr. [x 2], Willie Monroe Jr. and Rocky Fielding.

The losses to Chavez Jr. weren’t that bad, but Vera’s last two defeats against Monroe and Fielding, he just looked like he wasn’t really motivated for either bout. With Vera now having been out of the ring for an entire year, it causes one to speculate whether his heart is still in the game at this point in his career. 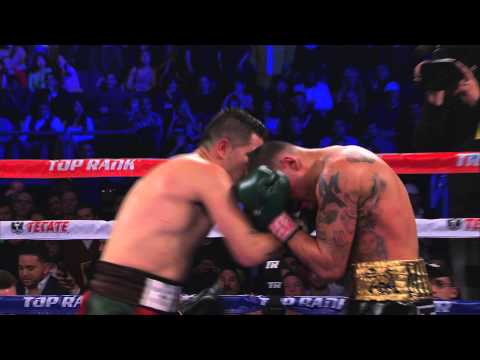 The fact that Vera is facing a very good fighter in 33-year-old Korobov makes you believe he’s being brought in as the B-side opponent to give the Russian fighter rounds, but not someone with a real chance of pulling off an upset. If Vera does defeat Korobov, it would be a real surprise because Vera seems to be the sacrificial lamb in this fight. Vera was a good fighter during his prime, but his career has evaporated recently.

Korobov had a long layoff of his own not too long ago after getting knocked out by Any Lee in December 2014 in an attempt to win the vacant WBO middleweight title. Korobov stayed outside of the ring for over a year after that loss and didn’t resume his career until last January, when he defeated Jose Ovando by an eight round unanimous decision.


« Mayweather Sr. favors Thurman and labels him as ” The Hit Man”

Salido: It’s not personal for me with Lomachenko »