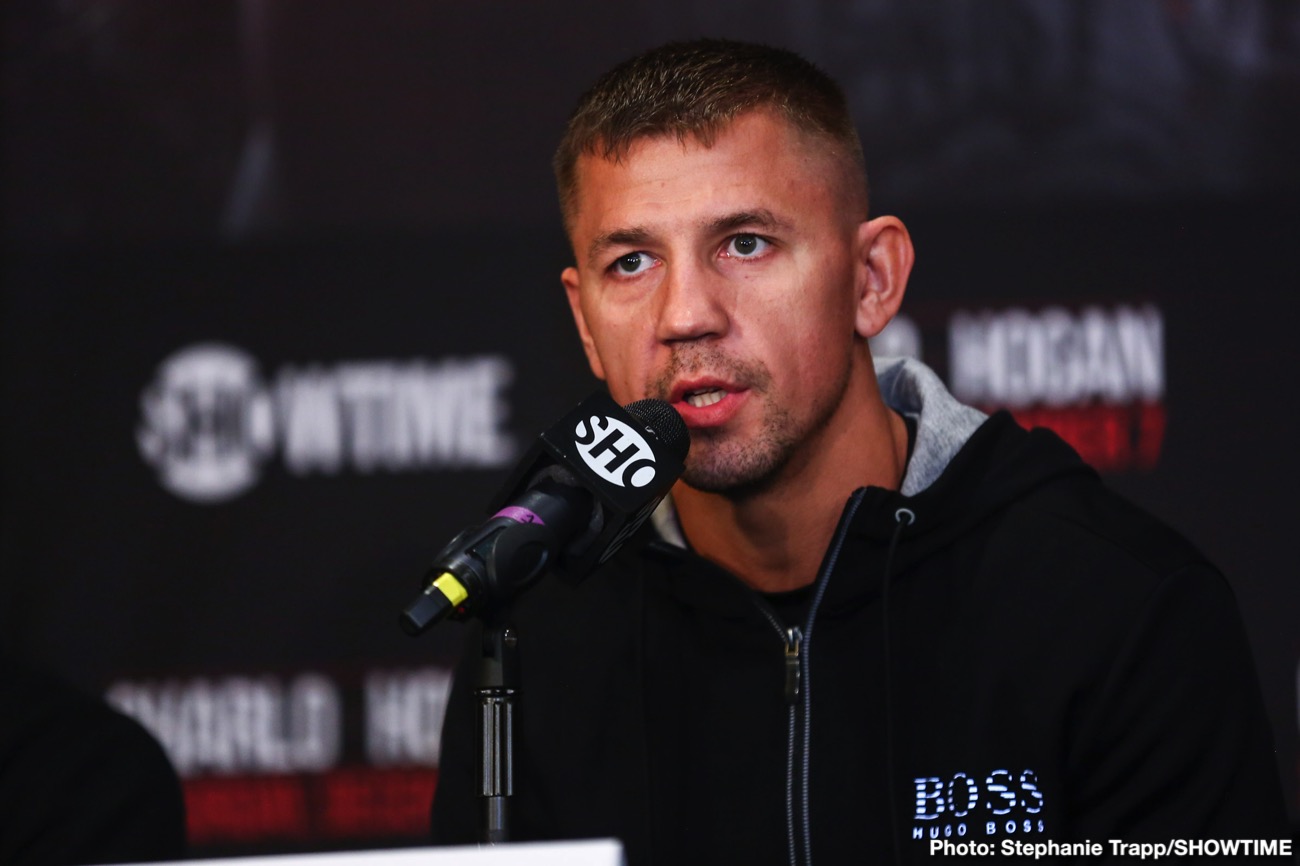 By Dan Ambrose: Matt Korobov is hoping to get a title shot against WBA middleweight champion Canelo Alvarez if he beats Chris Eubank Jr. this Saturday night at the Barclays Center in Brooklyn, New York.

It was initially believed that Korobov, 36, was being positioned for a rematch with WBC 160lb champion Charlo (29-0, 21 KOs), who beat him by a questionable 12 round unanimous decision last December at the Barclays Center. However, that not be the case. Canelo might be the true target for Korobov and Eubank Jr.

With the interim WBA middleweight title being on the line for the Korobov vs. Eubank Jr. fight, it’s possible that the winner of the match will be going after WBA Super World champion Canelo Alvarez. At the very least, WBA ‘regular’ champion Ryota Murata is an option. There’s more for Korobov or Eubank Jr. to gain in fighting Canelo than facing Charlo.

Also on the undercard are super bantamweights Marlon Tapales and Ryosuke Iwasa battling for the interim IBF 122-lb title.

Korobov ready to fight Canelo or GGG after Eubank Jr.

“I’m really happy to be here a year later, the same gym at the same time, and the same arena and the same people around,” said Korobov to Fighthype. “I’m going to try and show my best on Saturday night. It makes sense to me [a rematch with Jermall Charlo]. We fight the same night in the co-main event, and the main event.

“I hope it’s going to happen in 2020. We’ll see on Saturday. It’s really hard to say in boxing, you know?” said Korobov when asked what kind of problems Eubank Jr. will give him. “It could be a good night or it could be a bad night. I’m preparing to do my best on Saturday night. He’s a top fighter.”

“He was in the Super Six tournament,” said Korobov. I think he deserves to be here, and we’ll see who wins. Definitely, yes. If it’s going to be a possibility. Yes, I’m ready,” said Korobov when asked if he’d like to fight Canelo Alvarez or Gennady Golovkin next. Let me fight December 7th, then we’ll talk,” said Korobov.

It would be interesting for boxing fans to see Korobov or Eubank Jr. face Canelo Alvarez, as long as he’s willing to come back down to 160. Canelo won the WBO light heavyweight title last November, and the latest news is he’ll be moving down to 168 to challenge champions Callum Smith or Billy Joe Saunders.  If Canelo is willing back down to 160, he could then defend against the Korobov vs. Eubank Jr. winner.

“I felt like I should have been given an opportunity to fight Canelo before he moved up to Franchise status, but hey, it is what it is,” said Jermall Charlo. “I love the WBC. They’ve been great to me, and I plan on delivering some nice fights for them. I’m out to beat Hogan no matter what. Eubank has nothing to do with it.

“He has to get passed Korobov. I hope he’s not sleeping on Korobov. Him and his dad [Chris Eubank] talk a good game. I guess that’s what they did over in the UK, and the UK kicked their a– out. So now they’re over here in America trying to run their mouth, and build up these big fights. But I’m not showing them no attention. Obviously, he’s just talking,” said Charlo.

The way that Eubank Jr. was out-boxed by George Groves last year, it would be wrong for him to overlook Korobov. That’s a fight that Eubank Jr. could lose, because he lacks the technical boxing skills to do dominate the 2008 Russian Olympian Korobov like he’s done with most of his opponents.

Eubank Jr. has a 2-fight winning streak since losing to Groves, but he’s not faced anyone as good as Korobov. In Eubank’s two recent wins, he’s beaten JJ McDonagh and former super middleweight champion James ‘Chunky’ DeGale. It was a good win for Eubank Jr. in beating DeGale, but he wasn’t the same fighter he once was. Since suffering a shoulder injury, DeGale has looked shot. The grueling fight DeGale had against Badou Jack in 2017 took something out of him.

“He’s hyped up about something. He shows a lot of confidence , which is great. Him and his dad [Eubank Sr] dad are doing a great job whatever they’re doing. They made it to the co-main event under my undercard, so don’t forget that. I was inspired by Korobov. He gave me a tough fight, and he’s on the undercard. I knew he would like the look,” said Charlo about his hat.

It’s unclear where Charlo got the information about Eubank Jr. being “chinny” at 160? Eubank Jr. has never been hurt at 160, and his only defeat in the weight class was against Billy Joe Saunders in 2014. That was a 12 round split decision defeat. 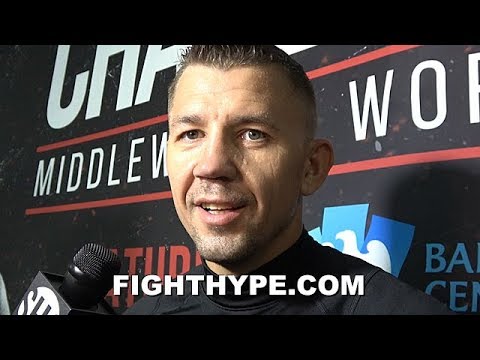