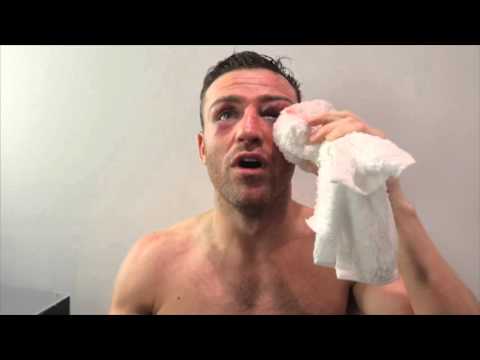 By Jeff Aranow: In what could spell the end of a once promising career, former world title challenger Brian Rose (28-4-1, 8 KOs) was beaten tonight by former four-time world title challenger Matthew Macklin (35-6, 22, KOs) by a 12 round majority decision in a competitive fight on the undercard of the Anthony Joshua vs. Charles Martin card at the O2 Arena in London, UK. Macklin had too much power for the light hitting Rose to deal with in this fight. It was predictable that Macklin would win no matter what. He was just a better overall puncher than Rose, and the judges were more impressed with Macklin’s power than Rose’s weaker shots.

Now with a defeat to Macklin, Rose has almost no place for him to go. If he continues to fight, he’ll need to understand that he’s no longer a fringe contender. He’ll be a C level guy that will be lucky if he can still get fights.

For Macklin, he’s now won his last four fights since being knocked out in the 10th round by Jorge Sebastian Heiland in November 2014. Macklin’s wins have all been against weak opposition so it’s not like he’s improved since his defeat against Heiland. The only thing that’s changed is that Macklin is being matched carefully now to keep him from fighting guys that would have a good chance of beating him.

Macklin says he’d like to fight for a world title against WBA middleweight champion Daniel Jacobs. Macklin is currently ranked #8 by the IBF at junior middleweight. If his management can get him a world title shot without being ranked at all in the top 15 at middleweight, then that’s a good deal. It might not be a great match-up for Macklin though due to Jacob’s punching power. Macklin also says he’d like to fight WBO middleweight champion Billy Joe Saunders. That would be a tough fight for Macklin as well. Saunders is a first class fighter and it would be awfully difficult for Macklin to come up with a good enough game plan to get a victory over him.

“It opens opportunities out there; Daniel Jacobs, I’m not sure if he has an opponent yet for his next defence yet, Billy Joe Saunders is World champion, and they are kind of fights I’ll be looking for,” said Macklin to Britishboxers.com.

In an easy mismatch on the card, WBA bantamweight champion Jamie McDonnell (28-2-1, 13 KOs) defeated journeyman Fernando Vargas (29-10-3, 20 KOs) by a 9th round knockout. In the 9th, McDonnell dropped Vargas. The fight was then halted at 2:39 of the round. Vargas was a replacement opponent. McDonnell looked good throughout. He just needs to start fighting better opposition at this point.