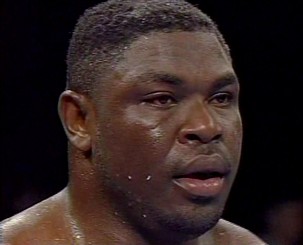 By Allan Fox: Before 44-year-old Tony Thompson (40-6, 27 KOs) was found to face interim WBA heavyweight champion Luis “The Real King Kong” Ortiz (24-0, 21 KOs) on March 5, 35-year-old former WBC heavyweight champion Saul “The Nigerian Nightmare” Peter (35-5, 28 KOs) was being considered as an opponent for the 36-year-old Ortiz in his fight on HBO Championship Boxing from the DC Armory, in Washington, District of Columbia.

Peter, who had twice lost to Wladimir Klitschko in the past, hasn’t fought since September 2014. Peter’s career is considered by many people to be pretty much over with. He still likely has good punching power though, and it would have been interesting to see how Ortiz would have dealt with Peter’s punching power.

“Considering who was available/willing, Thompson makes a lot of sense for Ortiz. He’s experienced, big, solid and is from DC, where fight is,” Dan Rafael said on his Twitter. “1 of other names under strong consideration for fight vs. Luis Ortiz was Samuel Peter. Thompson is a much more legit at this point. #boxing.”

Peter’s last fight was against Ron Aubrey in September 2014. He stopped in the 1st round. Before that, Peter had been beaten by Robert Helenius and Wladimir Klitschko in back to back knockout losses. Peter looked nothing like the fighter that had beaten Oleg Maskaev, Jameel McCline and Jeremy Williams. Those fights were in the prime of Peter’s career. Peter held the WBC heavyweight title briefly in 2008 until losing it to Vitali Klitschko by an 8th round knockout in the same year. That loss seemed to take a lot out of Peter, because he didn’t look like the same fighter afterwards.

The 44-year-old Tony Thompson did a great job of coming forward and making it known that he wanted to fight the southpaw Cuban Ortiz. If not for Thompson letting the fans know that he wanted the Ortiz fight, we’d likely have seen Samuel Peter as Ortiz’s opponent.

“I’m happy to be back on HBO fighting for another world title,” said Tony Thompson. “If you look at my competition and his [Ortiz], it’s not even close. This isn’t the amateurs. I’m going to use my experience as a professional to take him places he’s never been. Odlanier Solis was a great Cuban amateur but he was also an Olympic Gold Medalist, and I beat him twice. Ortiz thinks he has it tough. I’ve been avoided for my entire career. Just about all my fights have been on short notice and in foreign countries. If I fought the guys Ortiz fought, I’d be undefeated too. If Ortiz is King Kong, I’m Godzilla; Godzilla coming to whoop some ass!”

« Who is the Top welterweight in the division?

Roach to start training Pacquiao on February 14 in Philippines »