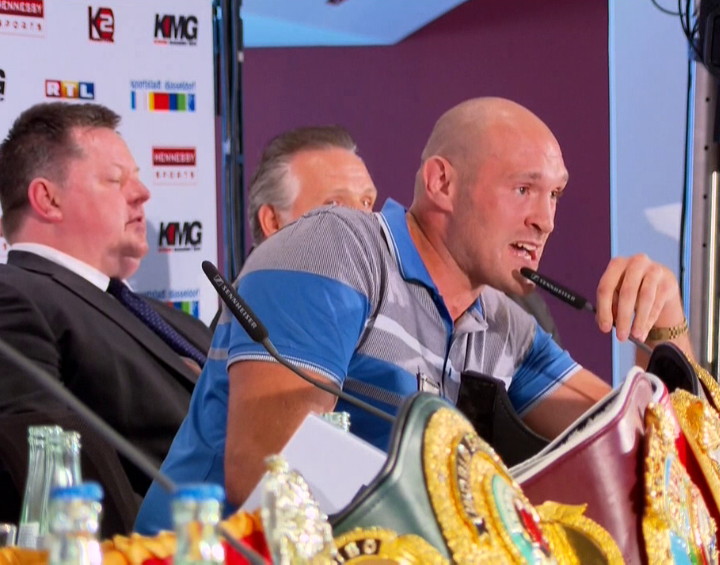 By Scott Gilfoid: The International Boxing Federation stripped IBF heavyweight champion Tyson Fury (25-0, 18 KOs) of his IBF strap earlier Tuesday for him failing to agree to defend his title against unbeaten #1 IBF Vyacheslav Glazkov (21-0-1, 13 KOs) in his next fight, according to Dan Rafael.

There was a Fury-Glazkov purse bid scheduled for Friday at the IBF’s headquarters, but it won’t be needed now. Fury couldn’t take the fight with Glazkov, because Fury will be fighting Wladimir Klitschko in a rematch in early 2016. The Ukrainian had a rematch clause in his contract for his fight last Saturday night, a fight which Fury won by a boring 12 round unanimous decision.

Fury had no choice but to fight Wladimir again rather than take the defense of his IBF strap against Glazkov. That would have likely been a very easy fight for Fury because Glazkov has arguably been beaten three times already in his career in two controversial wins over Steve Cunningham and Derric Rossy and a controversial draw against Malik Scott.

The IBF has now ordered Glazkov to fight unbeaten #4 IBF Charles Martin (22-0-1, 20 KOs) for the vacant IBF title. According to Rafael, Martin has pulled out of this Saturday’s fight against unbeaten Dominic Breazeale on Premier Boxing Champions from the AT&T Center, in San Antonio, Texas.

Glazkov is going to have major problems with the 6’5″ Charles Martin. I can’t see Glazkov winning that fight unless Martin knocks himself out, because this is a mismatch on paper. Glazkov has been incredibly lucky so far with the scoring of his three biggest fights, but I can’t see that luck continuing in this manner. You can only win a certain amount of fights by controversial decisions. Glazkov must be setting some kind of record in having three out of his last eight fights being very, very controversial ones. 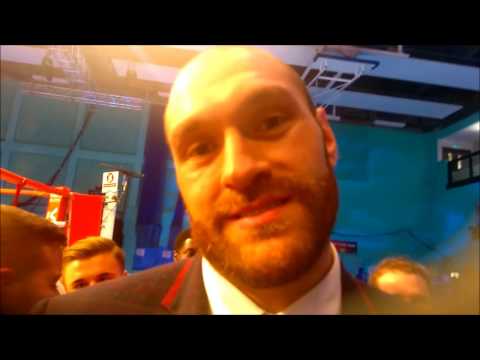 Fury, 27, has his hands full trying to hold onto his titles. He’ll be lucky if he can somehow beat Klitschko a second time around. Even if Fury does beat Klitschko a second time, his days as a world champion would seem to be numbered because contenders and champions like Deontay Wilder want his scalp something fierce. Fury probably wishes for the days where he had it easy as just a regular contender in being matched strategically against weak opposition like Joey Abell, Dereck Chisora, Martin Rogan and Christian Hammer.

Now that Fury is a world champion, he’s expected to fight quality opposition, and the contenders see weakness in him. It’s as if there’s a large pack of lions in the heavyweight division that has spotted a lame wildebeest that they’re circling to pick off for the kill.

There’s not much that Fury can do is hope that he can get past the shot-looking Wladimir, and hope that he can take a couple of title milking voluntary defenses from the bottom of the pack to ensure that he holds onto his remaining heavyweight titles as long as possible before he eventually loses the straps. 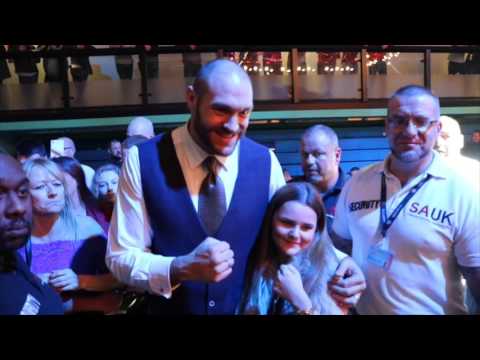 Hopefully once the smoke clears from the Glazkov-Martin and Klitschko-Fury 2 fights we can see the winners face Wilder so that the belts can be collected into one spot rather than having the division watered down with weak paper champions left and right. I think that cheapens the sport when you have more than one world champion in each division. It’s best to have one champ reign as the top dog and the other guys being mere contenders.

« Golovkin: I’m ready to fight whether it’s Canelo or a different opponent