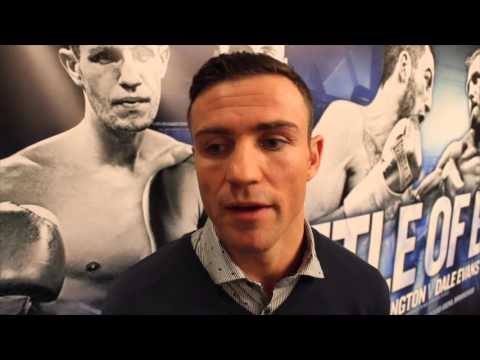 By Scott Gilfoid: Matthew Macklin (33-6, 22 KOs) will be out to save his career tonight in a fight against Jason Welborn (17-3, 6 KOs) in a bout for the vacant WBC International super welterweight title at the Barclaycard Arena in Birmingham, UK.

Macklin is moving to 154 for this fight in hopes that he’ll be able to fight at a higher level and dominate like he’s not been able to do at 160. Macklin has been fighting at middleweight for the past nine years, and it’s an odd move for him to be moving back down in weight to 154 at the age of 33.

If Macklin loses tonight to Welborn then I think it’s pretty much over for him. Yeah, Macklin can keep fighting after that but I see no point in it.

Frankly, it reminds me a lot of how Enzo Maccarinelli moved down to light heavyweight after suffering a string of knockouts in the cruiserweight division. It haven’t proven to help Maccarinelli’s career all that much, and I suspect we’ll see the same lack of success for Macklin.

For some reason, Macklin feels that the root of his recent problems at middleweight are because of his training. He’s now training differently, and eating wisely now that he’s fighting at 154.

Macklin’s career has kind of been kept afloat by his controversial loss to Felix Sturm in 2011. The loss, which I don’t feel was controversial at all, seems to Macklin the hope/belief that he’s good enough to win a world title. Unfortunately for Macklin, it hasn’t worked out well for him in his title shots against WBC middleweight champion Sergio Martinez and IBO/WBA middleweight champion Gennady Golovkin. Macklin lost both of those fights by knockouts, and didn’t look all that good either.

“I still think I can win a world title,” Macklin said. “After the fight with Heiland I did think maybe I am not what I was. He is a good fighter with a horrible style to fight, but after three rounds of feeling sharp, I just felt that I had no energy in there. I hadn’t been out of the gym all year and at 33, training like that, something has got to give.

If Macklin has enough talent left to win a world title at 154, then I’m not sure where he’s going to win that title. He’s not going to beat champions Jermall Charlo or Erislandy Lara. I don’t think for a second that Macklin is seriously considering either of those guys.

“So I think that I still have plenty to give but it has just been about changing the way I train a little bit, small adjustments, and I think that I am going to be more imposing at [154 pounds] and my power will be great. I had been thinking about moving down for a while,” Macklin said.