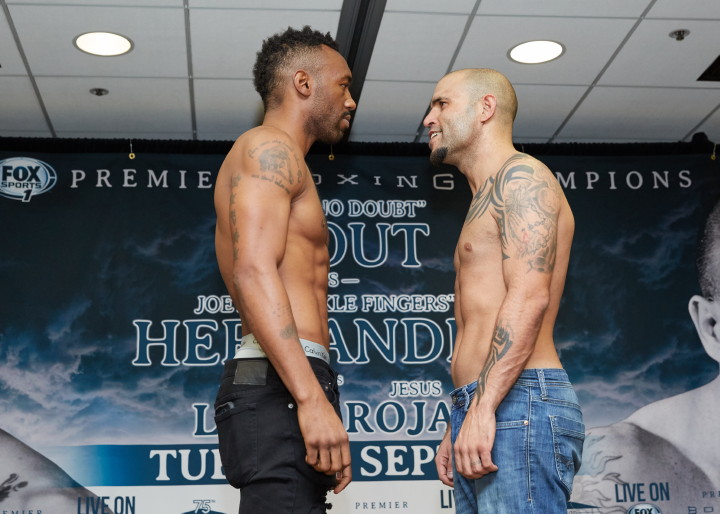 Trout, 29, has won his last three fights against Daniel Dawson, Luis Grajeda, and Luis Galarza. Before the recent winning streak, Trout had been beaten in back to back fights against Erislandy Lara and Saul “Canelo” Alvarez.

Trout’s career has been kind of floundering since 2013, as he looked bad even in winning his last three fights. It’s unclear if the loss to Canelo took something out of Trout, because he’s been hurt in fights since the defeat. If Trout’s chin was compromised in the loss to Canelo, then you can bet that Trout will be exposed once he starts facing quality competition again.

Trout likely won’t have any problems beating a guy like Hernandez, as he’s lost 2 out of his last 3 fights, and is struggling worse than Trout at this point. However, unlike Trout, Hernandez never was a world champion, and didn’t have his 15 minutes of fame.

“I’m far from being done as a boxer,” said Trout via RingTV.com. “I have a lot of fight left in me, but I can’t do this forever. However, I can talk about boxing forever.”

Trout wants rematches against Canelo and Lara. Unless Trout wins another world title and starts looking a lot better than he’s been recently, he can pretty much forget about a rematch with Canelo. There’s no real interest in a rematch between those two fighters anyway. But Trout could eventually get another crack at Lara, but I don’t think that would be the best interest for Trout. He does not match up well at all with Lara.

If Trout is going to go for another world title, he’s better off going for the WBA or the WBC titles that Floyd Mayweather Jr. will eventually be giving up when he vacates his titles upon retirement. Trout could also take on IBF junior middleweight champion Cornelius Bundrage or face the winner of the John Thompson vs. Liam Smith fight.

Trout will need to think seriously about retiring if he loses the fight to Hernandez, because this is a beatable 2nd tier fighter that the top guys in the 1st tier are expected to beat. If Trout can’t beat him too, then I don’t know where he’s going to go with his career.