Maidana will need four to five months to lose weight before he fights next, says Robert Garcia 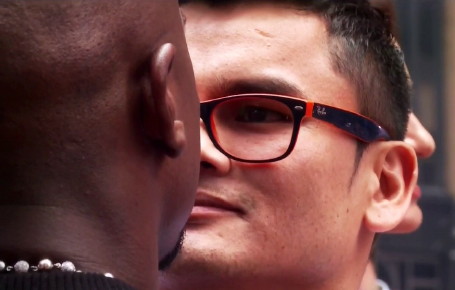 By Dan Ambrose: It’s going to take former two division world champion Marcos Maidana (35-5, 31 KOs) a while before he’s ready to fight again, says his trainer Robert Garcia. With all the weight that Maidana has put on since his loss to Floyd Mayweather Jr. in their rematch in September of 2014, Maidana’s trainer Robert Garcia estimates that it’s going to take between 4 to 5 months for him to take it off during training camp before he’s ready to fight again.

If Maidana does fight near the end of the year, he would probably need to train at least until October or November to take off all the weight that he’s put on. In recent video of Maidana with Adrien Broner, Maidana looks to be in the neighborhood of 200 pounds, possibly a little heaver.

This means that Maidana would need to lose around 50 pounds for him to be ready to fight again. That’s a lot of weight and he probably should focus on tune-up fights for a while until he gets used to having taken off all that weight.

“Marcos right now, he might come back. We got to work on maybe four to five months just on losing weight,” Garcia said via Fighthype. “It’ll be towards the end of the year if he comes back. He earned some time off. He’ll come back whenever he feels like he wants to. He’s young, 31 or 32.”

WBA welterweight champion Keith Thurman has made it known that he would like to fight Maidana in 2015. But that’s a really tough fight for Maidana if he takes it, especially given all the weight that he still needs to take off. If Maidana loses 50 pounds of fat, he’s probably not going to be ready to take on a dangerous puncher like Thurman in his first fight back.

Maidana would be better off facing a fringe contender for his next fight, and if everything goes well in that fight, then he can fight Thurman if that’s the fight he’s interested in.

Ideally, Maidana probably should take at least three tune-up fights in a row before he starts facing top tier opposition again. You have to remember that Maidana has lost his last two fights against Mayweather, and he needs to get used to winning once again. The tune-ups would help Maidana get comfortable in the 147 pound weight region again before he faces someone like Thurman, Kell Brook or Amir Khan.

Maidana’s stock has gone up after the way Manny Pacquiao looked in his loss to Mayweather a week ago on May 2nd. Pacquiao didn’t fight with the same heart that boxing fans had grown accustomed to seeing from Maidana in his fights against Mayweather.

« Ann Wolfe: If I was in Kirkland’s corner it would not be the same fight

Canelo to fight next in September or October »