For The Calzaghe Fans! 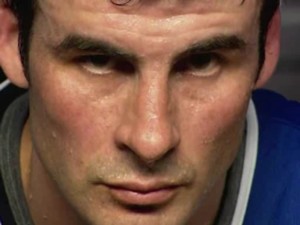 Jacob Cullen: I am only 25 years old, I started watching boxing rather late, around 17 years old to be exact. I obviously knew of superstars like Mike Tyson, Lennox Lewis & Naseem Hamed but just never saw them fight.

Instead it was one Saturday night, ITV boxing, the main fight was Joe Calzaghe vs Evans Ashira. A 12 round contest for Joe’s WBO super middleweight title he had won years prior in a fight against Chris Eubank.

This was the FIRST ever boxing match I had seen LIVE and I was hooked, the atmosphere, the entrances everything that makes the sport so entertaining.

During, if I remember rightly the second round Joe injured his hand and still dominated the fight with his superior boxing skills and won a shut out points decision.

Although Evans Ashira was no world beater I was still very impressed with Joe’s performance.

As I didn’t follow the sport I decided from that day on to be a Calzaghe fan and follow his fights. It’s because of that decision I am now a huge fan of the sport as a whole and follow the careers of fighters from all over the world.

After the Ashira fight I took a look back at Calzaghes career starting with the only opponent I knew off his unbeaten record, Chris Eubank.

People will say Chris Eubank’s best days were behind him, after back to back losses to Steve Collins but what people forget is what brilliant fight’s they were! (he also went on to have two thrillers with Carl Thompson) Also Joe was nowhere near his best so I would say they were pretty even going into that fight except Joe was hungrier which proved pivotal to Joe winning a points a decision and lifting the WBO world super middleweight title.

The Knockdown in the first round, definitely the stand out moment with Eubank getting up and smiling!

One thing no one can take away from Joe was what an all-round fighter he was, terrific stamina, great chin, lightening quick fists and excellent boxing skills. He had a lot of criticism for his slapping punches but the fact he had 32 stoppages to his name shows just how hard he slapped.

It’s also a known fact that Joe struggled with his hands, a long list of injuries ruling him out of fights and meaning he was unable to spar opponents during the later stage of his career.

I suppose I was lucky, as I became a fan just before Joe’s huge unification showdown with the unbeaten IBF champion Jeff ‘Left Hook’ Lacy, a fight which he was a huge underdog going into.

The build-up was great, even I thought Jeff would win and that opinion was just off how well he talked up his chances like it was foregone conclusion he was going to be victorious.

Of Course ALL boxing fans know by now what a 12 round beat down Calzaghe dished out to Lacy, what a thrilling fight. 12 rounds of over 1000 shots landed on Lacy, Lacy managing to see out the 12 rounds (I believe his corner should of pulled him out) which shows his heart and toughness.

Obviously after the fight came the ‘hardcore fans’, the same fans that said Joe would get knocked out, were now saying how overrated Lacy was. The sad fact is there always has and always will be fighters that are gifted a world title. Sakio Bika, (who Joe Beat) Lucien Bute & Tavoris Cloud just to name a few.

Lacy was hyped up yes, BUT he was a world champion, highly regarded (before) and the key to Joe getting the big fight offers.

One thing I would like to point out is people will always diminish certain fighters because they just aren’t fans of them, which is fair enough but at least look at your own favourite fighter and their record.

Like the people that say Carl Froch would of knocked out Joe Calzaghe, clearly know nothing about boxing. I like Carl Froch, he has fought the best of his generation BUT Calzaghe would have won a conclusive points decision in his prime.

Also Jeff Lacy is basically the same as Lucien Bute in the sense that they were both protected, never fought the best and once they did were exposed badly, yet everyone regards that as a HUGE win for Carl.

After the Lacy fight Joe took on Sakio Bika & Peter Manfredo Jnr, two rather dull fights, as with most Bika fights a rather scrappy affair and Manfredo just wasn’t on Joe’s level and was stopped in three.

However after these Joe took on Mikkel Kessler in another unification fight this time with all the super middleweight titles on the line.

The Millennium stadium in Wales was packed with 50,000 fans and Michael Buffer was called upon, Kessler was 7 years younger than Calzaghe and the unbeaten WBA & WBC champion.

This for me was Joe’s greatest fight of all, he was tagged a few times in the fight but adapted in the second half and dominated there on out to win a fantastic fight.

Joe was now officially a superstar, winning sports personality of the year and being recognised in the US, this lead to fans like Mickey Rourke, Sylvester Stallone & Al Pacino as well as big money showdowns in Vegas and Madison Square Gardens against two hall of famers, Bernard Hopkins & Roy Jones Jnr.

Joe fought a great fight against Bernard, it wasn’t pretty to watch, but he over whelmed Hopkins with pure work rate and nullified his spoiling tactics. The fact Hopkins is still around the top level now I think shows just what a big win it actually was.

The Jones fight was more just a swansong fight for Joe to fight at the Garden as Jones was a shadow of the man that dominated during the late 90’s early 00’s but dangerous none the less. (Joe also wasn’t in his prime anymore)

The fact is Joe made his legacy with determination and stayed patient into his mid-thirties beating younger fighters in Lacy & Kessler. There weren’t many people around for Joe to fight in all honesty, Sven Ottke retired early, even he struggled to split decision wins against Charles Brewer and Byron Mitchell, fighters Joe beat comfortably (although both brilliant fights!) so it was not Joe’s fault he missed out on the Eubank, Benn, Watson & Collins era.

When Froch started calling out Joe, he was at the tail end of his career with big American fights for millions on offer… (if Joe was younger at the time, this would have been a good fight, I think would of played out very similar to Joe’s fight with Mikkel)

This article is just my tribute to the fighter that got me into boxing, provided some excellent nights of entertainment. This year he was inducted into the international boxing hall of fame and was honoured by the WBO.

A unified Super Middleweight champion
2 weight Lineal champion
Top 10 pound for pound fighter
Sports personality of the year
IBHOF inductee
& last but not least retired 46-0, not bad for a slapper!

Joe I salute you!!

What if Mayweather finally decides to face Pacquiao »