By Ken Hissner: This year’s event included Thirty Six IBHOF inductees that were held on June 12th at Canastota, New York, which included 2020, 2021, and 2022 being the reason for a record amount of inductees due to COVID-19.

“The Hall of Fame is excited about welcoming the newest members of the Hall of Fame and boxing fans around the world for a celebration of the sweet science that only comes along once in a lifetime,” said Hall of Fame Executive Director Ed Brophy.

Members of the Boxing Writers Association of America and an international panel of boxing historians cast votes. Voters from Japan, England, Canada, Australia, New Zealand, Germany, Mexico, Puerto Rico, and the United States are among those who will participate in the election process.

Some of my favorites being inducted, and I’m sure some of our reader’s favorites. We’ll start with the class of 2020.

Heading the list is Philadelphia-born Bernard “The Executioner” Hopkins, who at one time or another held all Middleweight belts starting with the IBF in 1995. He picked up the WBC and WBA in 2001 and the WBO in 2004.

In 2008, Hopkins lost to Joe Calzaghe, 44-0, making his US debut but came back in 2011 after drawing in 2010 with WBC Light Heavyweight champ Jean Pascal to gain that title showing Bernard wasn’t over the hill when losing to Calzaghe. He ended his career at 55-8-2 with 38 knockouts while living in Hockessin, Delaware.

A year later, Marquez lost in his rematch to Pacquiao. In 2009 he lost to Floyd “Money” Mayweather, Jr., 39-0. Later in the year, Marquez won the WBA Lightweight title, stopping Juan Diaz, 34-1. In his third match with Pacquiao for his WBO welter title, he again lost. Two fights later, in their fourth match, in what would be his career standout win, Marquez would KO Pacquiao, 54-4-2. He would end his career at 56-7-1 with 40 knockouts.

“Sugar” Shane Mosley was a 3-division world champ who won the IBF Lightweight title in 1997, defeating Phillip Holiday, 31-0. In 2000, he won the WBC Welter title, defeating Oscar De La Hoya, 32-1. In his next fight, Mosley won the WBC Welter title, stopping Antonio Diaz, 35-2. He ended at 49-10-1 with 41 knockouts fighting out of Pamona, California.

In what this writer considered the greatest female boxer of all time, Lucia “The Dutch Destroyer” Rijker won the IBO Super Lightweight title with a fifth-round KO in 1998. Her career highlight win was defeating Jane Coch, 20-4, in 2003. She ended at 17-0 with 14 knockouts fighting out of Amsterdam, Netherlands.

In the rematch, he made it clear he was the better man. In 2015, he tied Rocky Marciano’s 49-0 record defeating Andre Berto, 30-3. Two years later, for some reason, to break the record, he fought MMA fighter Conor McGregor, 0-0, stopping him in 10. He fought out of Las Vegas, Nevada.

2004 Olympic Gold Medalist and 2-division World champ Andre “S.O.G.” Ward won the WBA Super Middle title in 2009, defeating Mikkel Kessler, 42-1. In 2016 he barely won what I consider a gift decision by one point on all scorecards over WBO champ Sergey “Krusher” Kovalev, 30-0-1, stopping him in a rematch in his final career fight in five rounds. He ended at 32-0 with 16 knockouts fighting out of Oakland, California.

In the 2022 group was 4-division World champ Miguel “Junito” Cotto, of Caguas, Puerto Rico, who won the WBO Super Welter title in 2004, stopping Kelson Pinto, 21-0. In 2006 he added the WBA Welter title stopping Carlos Quintana, 23-0. In 2010, Cotto won the WBA Super Welter title, stopping Yuri Foreman, 28-0. He would lose to Floyd Mayweather and Saul Alvarez but in between defeated Sergio Martinez, 51-2-2, who came in with a bad knee being stopped in ten. Cotto ended at 41-6 with 33 knockouts.

4-division World champ Roy Jones, Jr., in 1993, won the IBF Middleweight title defeating Bernard “The Executioner” Hopkins, 22-1. In 1994 he added the IBF Super Middle title defeating James “Lights Out” Toney, 44-0-2. In 1996, he won his third division title, defeating Michael “Body Snatcher” McCallum, 49-3-1. In his next fight, he knocked down Montell Griffin, 26-0, but hit him when he was down, losing by DQ. In the rematch, he knocked out Griffin in the first round.
In 2003 Jones won the WBA Heavyweight title defeating John Ruiz, 38-4-1. He ended his career at 66-9 with 47 knockouts fighting out of Pensacola, Florida.

The boxer with the most title defenses at 44 was Regina Halmich, 3-division World champ, who in 1995, in an IBF World Flyweight match, lost her only fight and lone U.S fight to Yvonne Trevino. She won the WIBF Flyweight title in 1995. In 1996 she won the WIBF Super Fly title by majority decision over Delia Gonzalez, 11-4-3.

In 1998 she added the WIBF Light Flyweight title in a rematch with Gonzales. If there was a flaw in her career, she won over many opponents with bad records, if any fights at all. In 2004 she was held to a draw by Elena Reid, 14-1-4, of the U.S. She only fought out of Germany twice. She ended her career at 54-1-1, with 16 knockouts out of Karlsruhe, Baden-Wurttemberg, Germany. 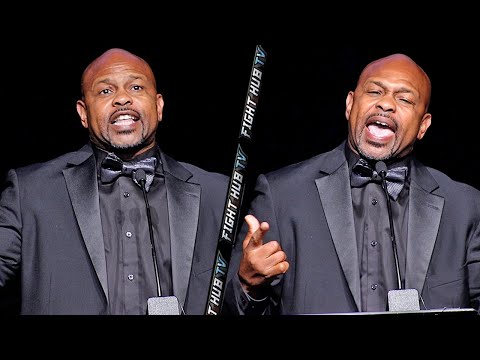 Mayweather on Tank Davis “He’s with us forever” »