Groves: Rebrasse is dangerous because of his ambition and dreams 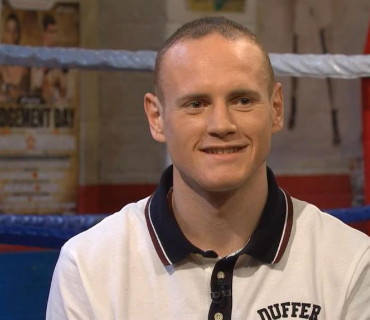 By Scott Gilfoid: George Groves (19-2, 15 KOs) is one week away from his WBC super middleweight eliminator bout against France’s Christopher Rebrasse (22-2-3, 6 KOs) on September 20th at the Wembley Arena in London, UK.

This is a fight that Groves absolutely must win if he’s going to be able to get locked into the mandatory position for a title shot against WBC super middleweight champion Anthony Dirrell.

It’s also a fight that Groves must win for him to keep alive the hopes, as slim as they are, for a third fight against IBF/WBA 168 pound champion Carl Froch. Groves has been knocked out twice in a row by Froch, but Groves still thinks that Froch wants to fight him. With the easy cash that Froch made off of the two fights against Groves, you can’t blame Froch if he does decide to fight Groves again.

If the British boxing public is interested in seeing a third fight between Groves and Froch, then I’m sure Froch will agree to fight Groves again. But that obviously will depend on how Groves does against Rebrasse and Dirrell. If Groves wins both of those fights, then he’ll definitely be in a great position for a third fight between them.

Froch would not only get another nice payday to pick up some more green stuff, but he’s also be getting the opportunity to win another world title belt. If Froch were to beat Groves under those circumstances, Froch would then have three of the four super middleweight title belts in the division. The only title that he wouldn’t have is the WBO belt belonging to Arthur Abraham. Froch’s chances of ever getting Abraham to agree to fight him again are probably zero, but you never know.

“He [Rebrasse] is coming as a European champion and he has dreams and ambitions and that makes him dangerous,” Groves said via Skysports.com. “I think I am better than him and I need to let him know that but I won’t be gung-ho, I won’t go in swinging. For my own sanity rather than my reputation, I don’t want to lose. I’m fully capable of winning and I will win.”

If Groves does lose to Rebrasse then he’s going to need to re-think what he wants to do in the sport, because the Rebrasse fight is kind of the last chance saloon for Groves. We’re talking basically about a guy with an inflated ranking in the #3 WBC Rebrasse, aren’t we? He’s ranked high, but he’s clearly not as good as his ranking.

I personally don’t have Rebrasse ranked in the top 49 spots in the division. I see him as right at No.50 in the division. The World Boxing Council gave the guy a high ranking based on his resume filled with fluff opponents.

If Groves loses to Rebrasse then there’s really nowhere to go for him. Groves won’t be able to get a Froch fight, he won’t get a fight against Andre Ward, and there’s no way Abraham will elect to fight a guy with three consecutive defeats, even if the World Boxing Organization sanctioned a fight between them.

« Mayweather vs. Maidana 2: which kind of fight fans really want to see?

Mayweather focused on Maidana fight, not sure about Pacquiao match-up »