David Price vs. Yaroslav Zavorotnyi on June 7th in Germany 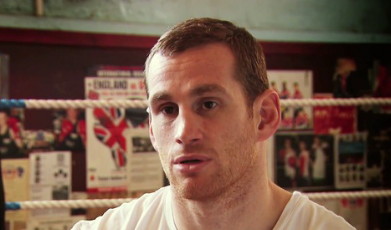 By Scott Gilfoid: Former British and Commonwealth heavyweight champion David Price (17-2, 15 KO’s) will be back in the ring next month to face 39-year-old Yaroslav Zavorotnyi (16-6, 14 KO’s) from Ukraine in a scheduled 8 round bout at the Sport and Congress Center, Schwerin, Mecklenburg-Vorpommern, Germany. Zavorotnyi technically isn’t a journeyman yet, but he appears to be well on his way to that status with 2 defeats in his last 4 fights, and zero wins over notable opposition during his 13-year pro career.

It looks like Sauerland still isn’t ready to step the 30-year-old Price up against 2nd tier opposition year. Forget about 1st tier, I’d happy to see Price fight a 2nd tier guy at this point instead of the fodder that he’s been facing in his last two fights. In his last win, Price defeated Ondrej Pala by a third round TKO last April. Pala dropped Price with one of the few power shots that he threw in the fight. Before that, Price defeated Istvan Ruzsinszky. Price isn’t getting any younger, and Sauerland is going to need to find out sooner or later if he has the chin to compete against world class opposition.

Price has been found out twice by Tony Thompson. It seems to be that Sauerland should test Price against fringe contenders at least to find out what they have with him. If he can’t handle it, then they need to cut their losses and move on rather than waste time. There’s no point in putting Price in with fodder opposition if he’s going to fall apart the first time he fights someone who can punch back with a moderate amount of power.

Price’s promoter Kalle Sauerland has a glowing description of Zavorotnyi, saying “Zavorotnyi is a huge puncher who took Pulev the rounds. Currently in Povetkin training camp, so will be top fit. He will need to be.”

It’s not that big of a deal that Zavorotnyi was able to go 8 rounds against a non-puncher like Kubrat Pulev, because he doesn’t have big punching power and is more of a jabber and slapper than a power puncher. What is telling is that Zavorotnyi has never knocked out any of the notable opposition he’s faced during his career. I mean, he lost to Alexander Dimitrenko by knockout, lost to Pulev, and also lost to Richel Hersisia, Rene Dettweiler, Gbenga Oloukun, and Nikolay Valuev. The guys that Zavorotnyi has knocked out are obscure opposition for the most part, many of which with awful records. For example, Zavorotnyi’s last victory came against a fighter named Sedrak Agagulyan (1-25-1). Yeah, Zavorotnyi knocked him out, but look at his record. This guy is getting knocked out all the time, so it’s not as if Zavorotnyi has accomplished much in knocking out obscure fighters with poor records.

« Mikkel Kessler to return to ring in October or November, wants Froch