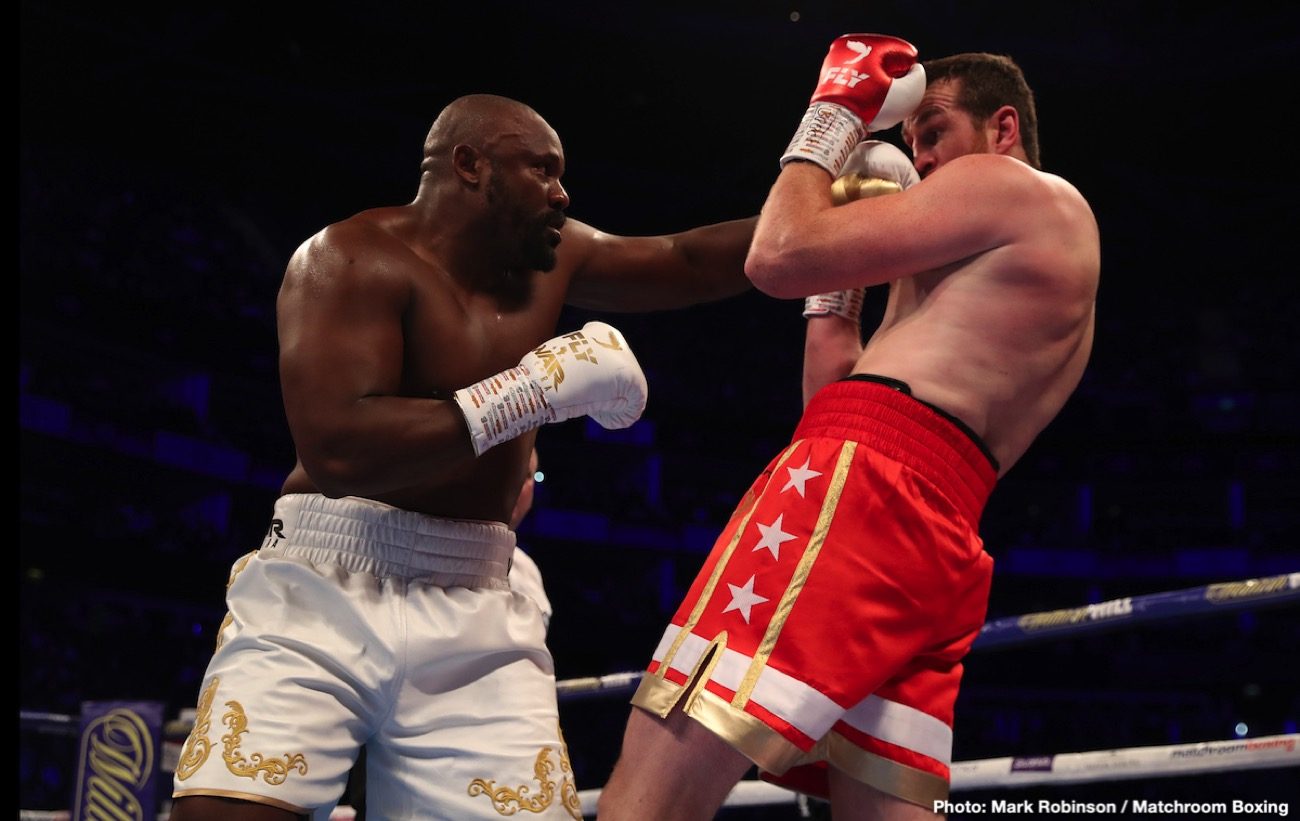 By William Lloyd: British heavyweight David Price has announced his retirement at age 38, ending his 12-year professional career. Price (25-7, 20 KOs) hasn’t fought in two years since losing to journeyman Derek Chisora by a fourth round knockout in October 2019.

The big 6’8″ Price admits that he no longer had the “hunger” to continue fighting after two years out of the ring, even though he can still fight and would have opportunities.

Price says he’s got a business and properties, so he no longer needs to stay active in boxing like he once did.

The 2008 Olympic bronze medalist Price was viewed earlier in his career as the “British Klitschko” by some boxing fans with the way he started in the pro ranks with a string of knockouts from 2009 to 2012.

Things turned sour for Price when he was matched against the experienced former world title challenger Tony Thompson in 2012 and stopped in the second round.

Most boxing fans would agree that it was a mistake for Price’s promoter to match him against an experienced veteran like the 6’5″ southpaw Thompson. At that early stage in Price’s career, he lacked the ring experience to face Thompson.

Price’s promoter then made the mistake of putting him back in immediately with Thompson in a rematch five months later in July 2013, and he was knocked out in the fifth round this time.

From there, Price’s career sunk into mediocrity, suffering an additional five knockout defeats against B-level opposition before calling it a day.

“I haven’t officially announced that I’ve retired, but I won’t be fighting anymore. You won’t see me in a boxing ring again for a fight,” said David Price to BT Sport Boxing. 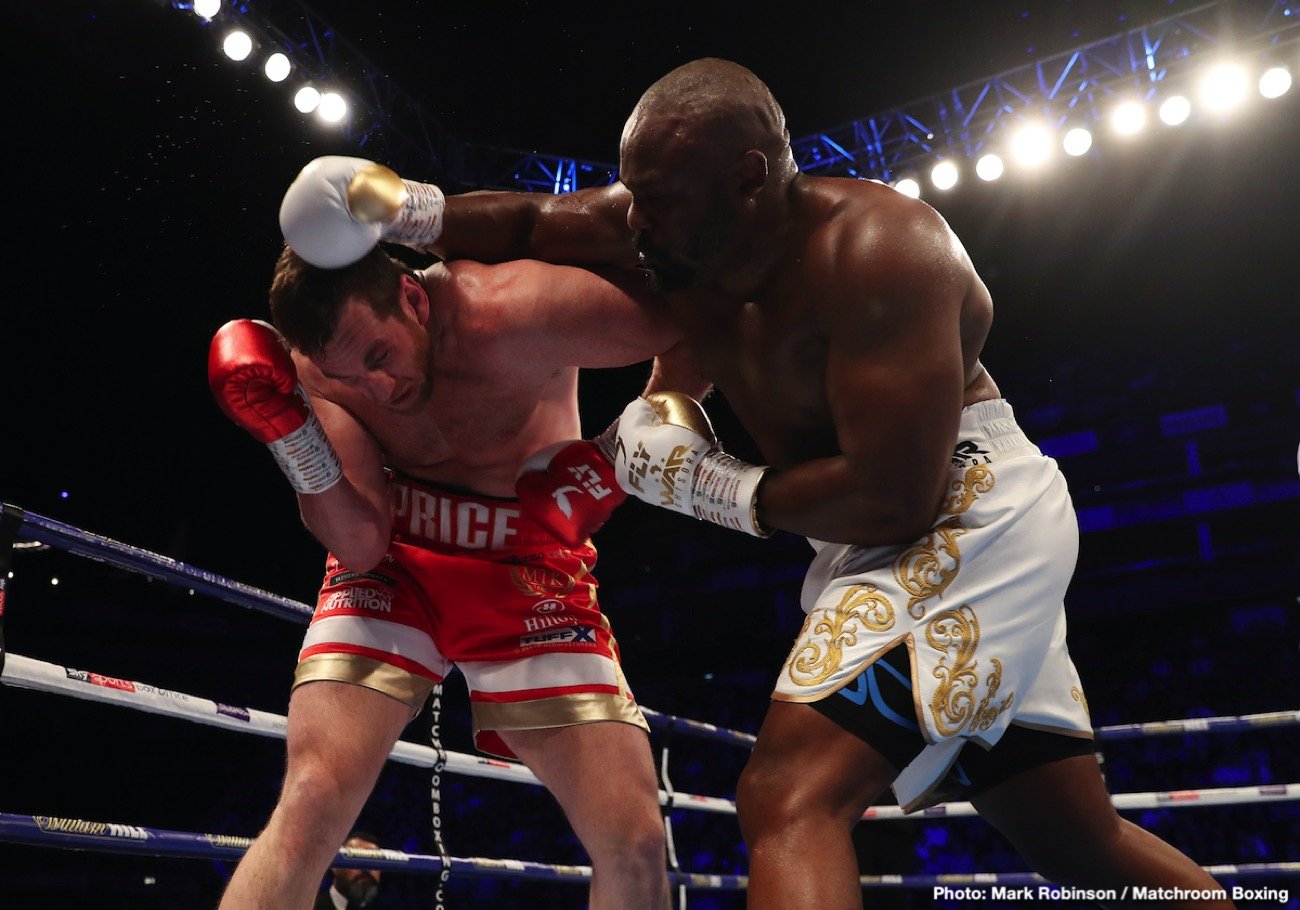 “That was only officially made up in my mind about six weeks ago. When the call came, there was no desire to fight,” said Price in what made him decide to retire.

“A few factors came into that,” said Price on his reasons for hanging up the gloves at 38. “I haven’t fought in two years. So I’ve been totally inactive and age. 38.

“Yeah, the hunger is no longer there, and that’s massive, which is why your elite fighters like Tyson, like your Canelos, your AJs, they’ve got as much money as they’ll ever need, but that hunger is still there.

Price still has his health

“That’s because they’re fighting for glory, and the glory is gone in my career. I’m just fighting for the extra bit of money and at what cost? I  want to cash them in because I’ve got my faculties, I’m healthy, and that’s the decision I’ve come to.

“I’ve set a little business up, I’ve got my properties, and I’m happy and content with the end,” said Price.

The combination of Price’s poor stamina and his chin problems made it impossible for him to compete against quality opposition.

Price’s conditioning and chin are arguably worse than Anthony Joshua’s, making it impossible for him to beat guys that he should have been able to.

It was clear that Price needed to hang up his gloves in 2015 when German heavyweight Erkan Teper knocked him out in the second round. Teper is not a great fighter and yet blew Price out of there.

Shortly after that, Price was knocked out by Christian Hammer in seven rounds in 2017, and that was another less than stellar German fighter that he should have been able to beat with ease if he had a chin and stamina.

Tyson Fury not hiding his gameplan for Deontay Wilder fight »