Hughie Fury vs. David Price possibility for May 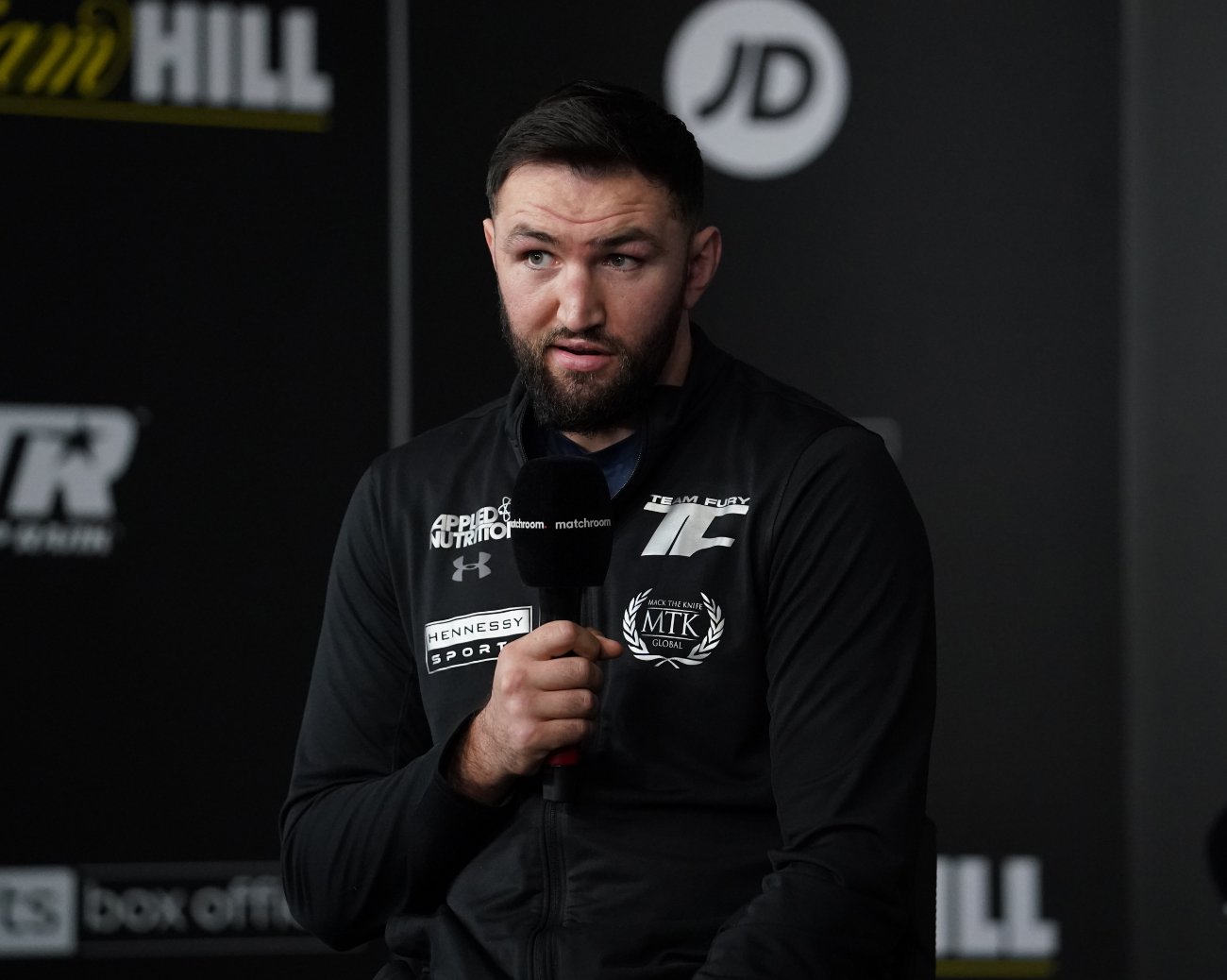 By Barry Holbrook: Hughie Fury ould be facing David Price in May to ramp up the 6’6″ heavyweight for a world title shot. Eddie Hearn wants to get Hughie (25-3, 14 KOs) a title shot soon.

The 26-year-old Hughie has a two-fight winning streak since losing to Alexander Povetkin in 2019.

Hughie is currently not ranked in the top 15 by any of the four sanctioning bodies, so it’s going to take some quick maneuvering by Hearn if he wants him to get moved up.

Hughie already fought for a world title against former WBO heavyweight champion Joseph Parker in September 2017, losing by a 12 round majority decision.

That was the fight in which Team Hughie complained afterward about the decision, feeling that their fighter should have been given the victory.

Unfortunately, Hughie mostly held and moved for 12 rounds and didn’t do enough to set himself apart.

“Hughie Fury is going to be boxing in May as well. A couple of rumblings about Hughie Fury and David Price” said Eddie Hearn to iFL TV. “I know David will be looking to fight again, so that’s a good fight for him. 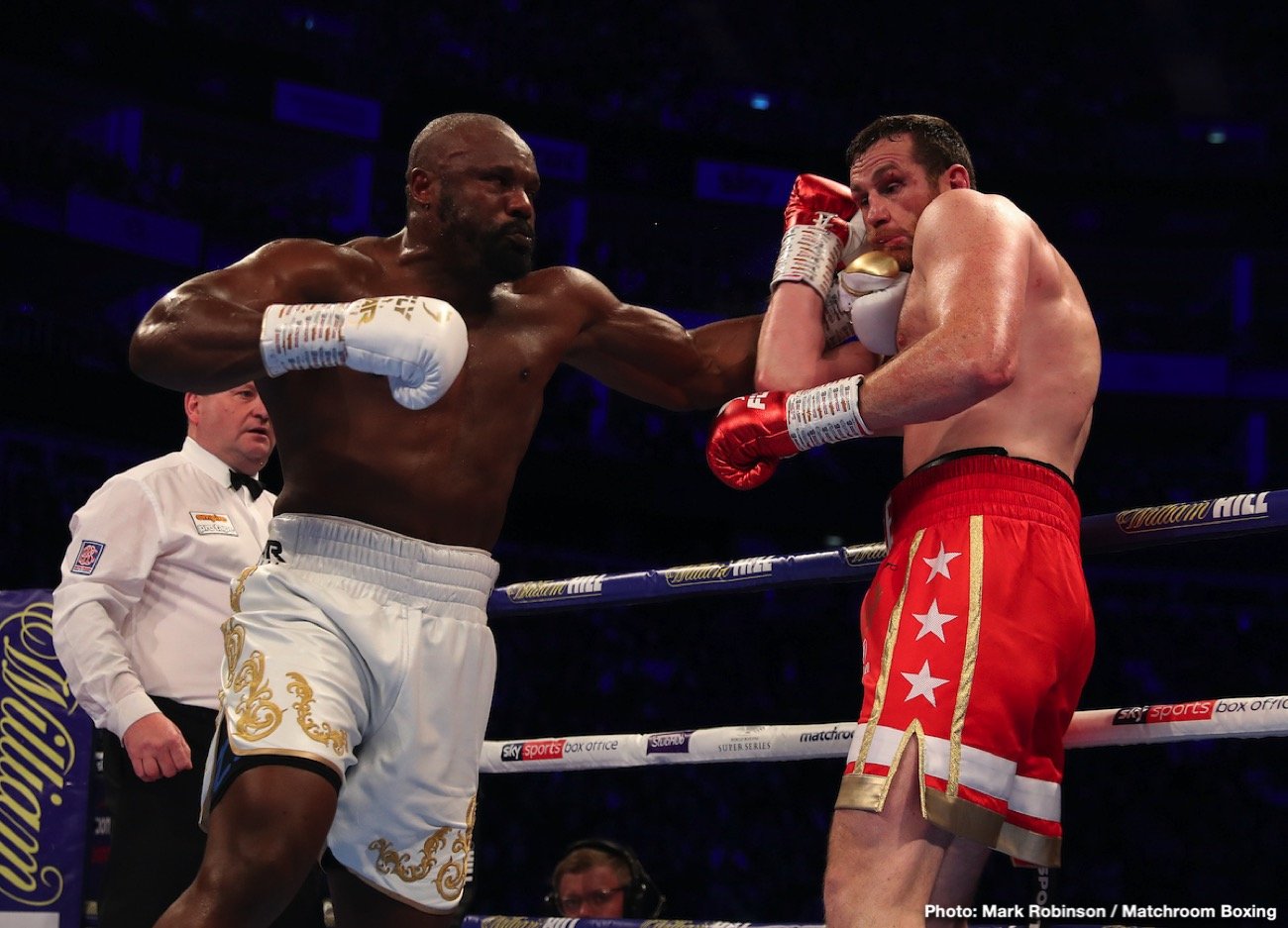 “I also want to see Hughie Fury step up for some big fights. And I want to try and get him in a position to fight for a world title,” said Hearn.

Hughie isn’t a great heavyweight, but he’s certainly is capable of better than this type of match-up against the 6’8″ Price. But you can understand why Hearn is interested in making the fight.

The casual boxing fan is well familiar with Price, and there will be interest in a fight between him and Hughie Fury.

Price looked terrible in losing to Dereck Chisora by a fourth-round knockout in his last fight in October 2019. Other than a few big punches that Price landed early on, he was getting walked down and beaten up by Chisora.

Hearn would have to do a lot of careful match-makings to keep Hughie from losing again, as if he’s forced to fight a top-level contender to earn a title shot, he’ll miss the mark.

As we’ve seen in Hughie’s three defeats, he doesn’t have enough pop in his punches for him to beat the top-tier guys.

Hearn expects Zhilei Zhang to be back

“Zhilei Zhang was in a cracking fight,” Hearn said about Chines heavyweight Zhang, who is coming off a draw against Jerry Forrest. “Zhang looked fantastic for three or four rounds.

“He had Forrest over in every round. Jerry Forrest can fight, by the way, but then he completely ran out of gas completely. He [Zhang] was actually in the hospital until yesterday.

“He was dehydrated; they wanted to run some tests on him. He’s been released. All the scans were clear after the fight. Anyway, it was more dehydration.

“This is a guy that was doing 12, 15 rounds of sparring in the gym, no problem. So was it the nerves? Was it something else? Does he have an issue?

“So they’re going to run some tests. Zhang will be back; Zhang is a good fighter. He’ll be in some interesting fights, some fun fights,” said Hearn.

Forrest committed himself to attack Zhang’s body early in the contest on February 27th on the Canelo Alvarez vs. Avni Yildirim card at the Hard Rock Stadium in Miami, Florida.

By the time the fight went into the second half, Zhang was exhausted from the body shots and the heavy pressure Forrest was putting on him.

Demetrius Andrade vs. Liam Williams being finalized for April 17th »