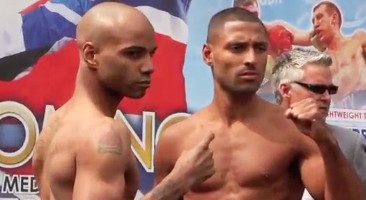 By Mark Havey: Tonight Kell Brook steps into the ring with Carson Jones. It isn’t the first time they have fought. Last year Jones done to Brook what everyone else has failed to do, drag him into the trenches. Brook dominated the first half of their fight but then slowed the pace.

Carson Jones on the other hand put his foot on the gas, forcing Brook to bite down on his gum shield and dig deep. Brook won the fight via MD.

I believe we will see a different Kell Brook tonight. Brook’s real nemesis is injury and that’s the only concern I have. But I don’t believe he took the first fight seriously. Carson Jones doesn’t have an impressive record and that must have caused Kell Brook to take the fight lightly. But one thing is for sure, Jones hasn’t had any wins handed to him. He is tough and came through the ranks the hard way.

Special K has a lot to prove. He is unbeaten in 29 fights, yet he displayed vulnerabilities last night he faced Jones. He won but many people were disappointed. Brook was set to face Devon Alexander, however the fight was re-scheduled numerous times, with both fighters to blame. I’m sure that tonight, Brook wants to put it all right.

Brook will be rewarded with a big fight should he win tonight, and he should. People seem to want him to fight Amir Khan and there is no reason that fight can’t happen. I don’t think Khan would take that fight unless he sees Brook struggle tonight. The fight will become even more likely if Khan beats Alexander.