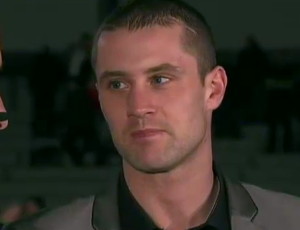 By Stevie Ocallaghan: On May 11 at the Emirates Arena, Glasgow, Scotland’s Ricky Burns defends his WBO Lightweight title against arguably his toughest opponent since he first won a world title in beating Roman Martinez back in September 2010.

Puerto Rican Jose Chelo Gonzalez, who comes to the ring with an impressive 22-0 with 17 stoppages is arguably taking a big step up in facing Burns but as the mandatory , deserves his chance.

Gonzalez is a huge puncher who moves really well and likes to keep a tight guard. He doesn’t waste many punches and he likes to walk opponents down. He is similar shape to Burns, big for the weight and very physically strong. It’s a good match-up.

Burns, since his win against Martinez has went from strength to strength , beating the likes of the rugged Michael Katsidis, the big hitting former champ Paulus Moses and then the impressive 4th round destruction of Kevin Mitchell. Burns is in good form himself.

It’s a good fight arguably for both as its a fight Gonzales will like, Burns isn’t the hardest to hit, but he does possess a solid chin, and Gonzalez will fancy knocking Burns out.

Burns will like this also as he has a proven track record at a higher level than Gonzalez. Burns is the ultimate professional in the way way he trains and realistically I don’t think there is a fitter fighter out there. Burns will count on his workrate to get the job done.

Both guys are 29 years old but Burns has far more experience against a higher level of fighter. Burns is 2″ taller at 5’10” but Gonzalez has a 3″ longer reach. Both have a common denominator in Joseph Laryea. Laryea against Burns retired at the end of seven hard round with a suspected broken knuckle. At the time Buns was handily ahead. Gonzales stopped Laryea at the end of the 3rd but Laryea’s best days are now gone.

My only critic of Gonzalez opponents are that most of his fights where against guys who were on their way down, but I suppose you could say that about some of Burns’s opponents before he got the Martinez fight.
It’s a good match-up, but I can see Burns taking it on a UD. I think his big game experience will come through in the end, but in boxing you just never know

Haye to fight in June and October »