Arum not sure if Pavlik wants to continue his boxing career 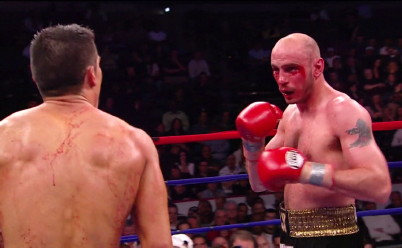 By Chris Williams: Promoter Bob Arum isn’t sure whether former WBC/WBO middleweight champion Kelly Pavlik (40-2, 34 KO’s) will continue his once successful boxing career. Arum isn’t saying why he’s questioning Pavlik but it seems that he has doubts in him now for some reason.

Arum said to boxingtalk.com “I don’t know if Kelly is going to continue to pursue his career. I really can’t say. I’m not sure what Kelly’s plans are.”

The first thing you’ve got to wonder is if Pavlik is off the wagon and is drinking alcohol again. If that were to be the case then it’s understandable why Arum might not be happy with him. However, Arum says that’s not what it is, but he’s saying why he doubts Pavlik wants to continue fighting.

Pavlik moved training camp from his home town of Youngstown, Ohio to Oxnard, California to start over with a new trainer Robert Garcia. He’s done well with Garcia, wining his last four fights. However, he’s still not faced anyone good yet. He was going to be fighting WBA/WBC super middleweight champion Andre Ward, but Ward suffered a shoulder injury that wiped the fight out. Recently, there’s been talk of Pavlik possibly fighting former IBF super middleweight champion Lucian Bute.

It might be that Pavlik is having second thoughts about taking on Bute. It’s hard to imagine Pavlik saying no to the fight because it’s an easier fight than the Ward fight on paper and it would be a perfect chance for Pavlik to reignite his career.

A knockout over Bute would put Pavlik in the position where he could get big money fights against the top guys at 168 like Carl Froch, Mikkel Kessler, Arthur Abraham and Ward. Pavlik has to start somewhere and Bute would be perfect for him because Bute was just blown bout recently by Froch.

« Top Rank vs. Golden Boy and the loser is us the fans!