Pavlik unhappy with Ward cancellation; could fight Bute next 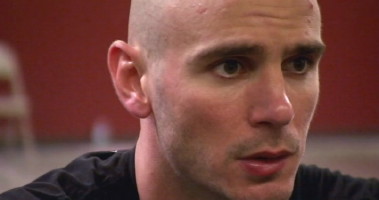 Pavlik said to RingTV.com “It’s kinda hard, due to the fact that I finally got my opportunity after a handful of years…I was kind of expecting it [Ward to cancel the fight], but at the same it’s just kinda of depressing.”

It actually might have been Pavlik’s good luck charm because he really stood no chance at all in beating Ward, and it would have likely been another embarrassing loss for Pavlik in the same style as his defeats to Bernard Hopkins and Sergio Martinez. I think this would have been much worse than his losses to those guys because Ward is faster and younger than Hopkins and Martinez. He’d have a done a job on Pavlik, barring any kind of injury.

Pavlik had a chance to fight Bute last year, but he chose not to take the fight, so some of the blame for Pavlik not having any big fights for the past two years has to rest on his own shoulders. Had he taken the Bute fight last year, he’d have gotten a big paycheck and he would have had a good chance of winning the fight. Instead, Pavlik said he didn’t want the fight and chose Antonio Lopez to fight for a lot less money.

If Pavlik can get a fight with Bute it’ll be a great opportunity for him, as well Bute for each of them to try and turn their careers around. Pavlik is considered washed up in the minds of a lot of boxing fans, and the same with Bute. The winner of this fight will come out of it in good shape to fight the winner of the Carl Froch vs. Mikkel Kessler fight.

« Hearn agrees to terms for Broner vs. Rees bout on February 16th in Atlantic City