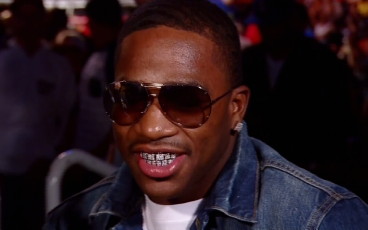 By Tom Drury: Boxing is back on the rise if the last few months are anything to go by. We’ve had great match ups and it seems 2013 will be following suit. Many young fighters are knocking on the door of stardom and 2013 will be the year. These young fighters will breakthrough into the big time which will be fantastic for fight fans across the world. Adrien “The Problem” Broner and Saul “El Canelo” Alvarez are the pick of the current prospects and young hungry fighters waiting for there chance in the limelight.

This article is going to focus on a match-up I think would be great for boxing and put a lot of things in perspective for many boxing fans. Fans, experts, analysts and trainers have been living in hope since 2009 for a Floyd Mayweather Jr, Manny Paquiao fight finally taking place.

It is clear now there is just too many obstacles and boxing politics stopping this fight from being made. There are many possible match-ups I would like to see in 2013, Alvarez vs Mayweather, Martinez vs Chavez Jr 2, V Klitschko vs Haye, Deontay Wilder vs Tyson Fury, Amir Kahn vs Garcia 2 and many others, but there is one match-up that would excite me above all others. Adrian “The Problem” Broner vs. Manny “Pacman” Pcaquiao.

Pacquiao will be entering 2013 off the back of a devastating K.O loss at the hands of Juan Manuel Marquez. Many fans are writing Paquiao off as a diminished fighter I disagree. Pacquiao was back at his best during the Marquez fight and lost to the better man on the night. Pacquiao has plenty left in the tank to continue his boxing career and poses a danger to any fighter in the 147 division.

Broner, as we know, is not a 147 fighter but by his own admission, could move up to the 147 division quite easily. Looking at Broner and his genetic make-up I have to agree it would mean packing on a few pounds of muscle which won’t be difficult.

Broner is the hottest young talent in the sport right now and it seems this guy has it all, defense, offense, speed, power and a chin. Broner has been compared to the great Mayweather Jr in his style of fighting. I also think he has certain traits of Mayweather but think if he keeps his ego in check and gives his all to the fight game he will surpass Mayweather while showcasing, hate to say it “better skills”.

If this fight was made I feel it would be the end of Manny Pacquiao. Broner would beat him and I believe he would beat him by knockout. A Broner, Pacquiao fight I feel would also put into perspective how Pacquiao would fair against Mayweather. While Mayweather doesn’t possess Broner’s power, they are very similar when it comes to movement, counter-punching and defense. Adrien Broner is on course to takeover from Floyd Mayweather as boxing’s number one superstar.

« Pavlik unhappy with Ward cancellation; could fight Bute next

Not much ‘money’ Mayweather »