Hearn agrees to terms for Broner vs. Rees bout on February 16th in Atlantic City 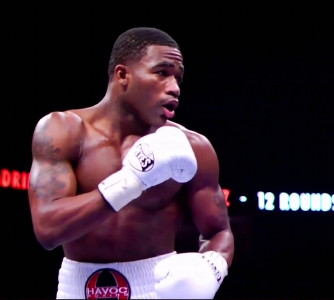 Hearn said on his twitter “Hounded by questions about Rees v Broner. We have agreed to terms with Golden Boy for February 16. Delighted for Gavin, he deserves this massive shot. February is going to be some month on Sky Boxing.”

Golden Boy likely gave Rees/Hearn a huge offer for this fight, likely much bigger than what Rees has been getting. Golden Boy wanted the fight because they couldn’t get the Brit WBO lightweight champion Ricky Burns to accept a fight. So they went for the next best thing, which unfortunately is Rees. I say unfortunately because I don’t see him being in the same class as Burns, and Burns would have been an easy fight for Broner as well. Both Rees and Burns are a huge step down from Broner’s last opponent Antonio DeMarco.

Burns is more of a clinch/holder, and that wouldn’t be a fight at all; it would be a massacre. But fighting Rees is going to be like Broner going back into the early stages of his career when he destroying guys like William Kickett. It’s not even sporting. It’s just a one-sided slaughter, and I think Rees will be incredibly lucky if can soak up punishment for four rounds in this fight. It’s going to be a one-way beating from start to finish with Broner just teeing off on the plodder Rees.

Rees hasn’t done much on the world level since losing his WBA World light welterweight title to the light hitting Andriy Kotelnik by a 12th round knockout in March 2008. I don’t know what happened but Rees has been fighting pretty much nothing but domestic level opposition since that loss. I thought that Rees would continue to try and fight world class opposition to go after another title, but instead we’ve seen Rees fight 11 domestic level fights while growing four years older. He’s now 32, and has won 10 out of his 11 fights, albeit against less than impressive opposition.

You don’t like to see guys that have been fiddling around at the domestic level four years suddenly being thrown in with the best fighter in the lightweight division in Broner. That’s just a recipe for a massacre, and let’s be real; that’s what this is going to be, a massacre. Rees is going to be on his knees or face down on the canvas well before the 6th round while the referee gives him the 10 count.

Pavlik unhappy with Ward cancellation; could fight Bute next »