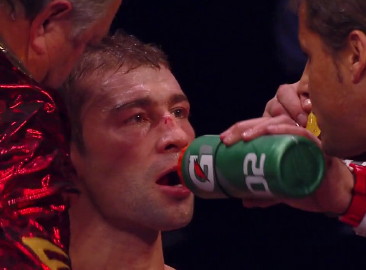 By Scott Gilfoid: Discussions took place earlier today between Jean Bedard of InterBox, the promoter for former IBF super middleweight champion Lucian Bute (31-1, 24 KO’s), and the management of former WBC/WBO middleweight champion Kelly Pavlik (40-2, 34 kO’s) for a fight that could take place in March next year.

Bedard told RDS.ca “We are still waiting to see if the fight between [Carl] Froch and [Mikkel] Kessler will take place. Eddie Hearn [Froch’s promoter] asked us for permission to negotiate with Kessler. We accepted, provided that a plan is presented to us that are interesting and Pavlik is a face.”

This is a great fight if it can be made. Pavlik needs an opponent. He was going to fight Andre Ward but that fight can’t happen now because Ward hurt his shoulder and won’t be able to fight.

Pavlik is also interested in facing WBO super middleweight champion Arthur Abraham. However, that fight, if it were to take place, would likely be later on in 2013 because Abraham has a rematch coming up against Robert Stieglitz in April, 2013.

Pavlik gives Bute a nice little scalp to add to his resume and a good training bout to get him ready for a rematch against Froch next year. Pavlik is like the American version of Froch, but with bigger power and more mobility. If Bute can beat Pavlik, then he’ll likely be able to beat Froch later on in this year because both guys are essentially the same.

It’s been ages since Pavlik fought a quality fighter and we don’t know really know how he’ll respond to being in the ring with a fighter as talented as Bute after two years of facing nothing but fluff opponents. The last good opponent Pavlik fought was Sergio Martinez in April 2010, and Pavlik lost that by a 12 round decision.