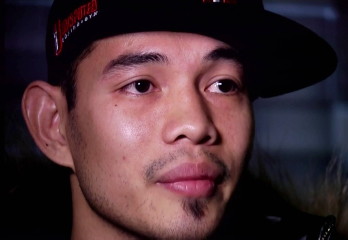 By Chris Williams: While the names Abner Mares and Guillermo Rigondeaux have been mentioned as possible opponents for WBO super bantamweight champion Nonito Donaire (31-1, 20 KO’s) for his next fight in March or April of next year, it might not be either of them, according to Donaire’s manager Cameron Dunkin.

Dunkin told the Manila Bulletin that Rigondeux and Mares are only two of the possibilities that they’re looking at for Donaire’s next fight. They also have two other fighters that they’re very interested in, although those two names are being kept under wraps for some reason.

I can’t say I’m surprised because I think it’s painfully obvious that Donaire won’t be fighting Mares, his #1 choice because they fight for different promoters and different cable networks. With a fight against Mares out of the question, the best option would be the 32-year-old Rigondeaux. However, he’s fighting at a high level right now and he’s someone that could ruin any hopes of Donaire taking over for the sinking Manny Pacquiao to become the next big thing in boxing.

Rigondeux has the speed, power, defense and boxing ability to expose Donaire and put a big wrench in Bob Arum’s plans of turning Donaire into a star.

I see Donaire ending up fighting either Cristian Mijares or Victor Terrazaz next instead of Rigondeaux. Mijarez will likely be the guy that Arum looks to get next, but if they can’t get him than it’ll almost surely be Terrazaz. Both fighters are Mexican and Arum seems to like putting together Mexico vs. the Philippines type match-ups. Donaire is American, but he was born in Philippines and he’s got a large following of Filipino boxing fans.

By Arum putting Donaire in with a Mexican fighter, he can guarantee good ratings on HBO. A fight against the dangerous Rigondeaux likely wouldn’t bring the same kind of big ratings for Donaire, and it’s a fight that would have a good possibility of Donaire getting beat. With Mijares, who can’t punch and who is slow, it would be another easy fight against a guy that’s past his best and fighting out of his natural weight class.