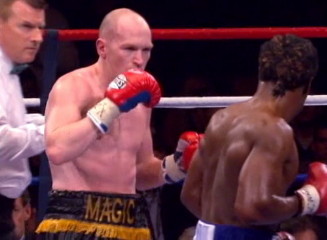 By William Mackay: 31-year-old Matthew Hatton’s career hasn’t been going too well as of late with losses in two out of his last three fights. Hatton is looking for a change of luck in his next two fights starting with Michael Lomax (18-4-1, 3 KO’s) on October 12th at the Bowlers Exhibition Centre, Manchester, Lancashire, UK and followed by a bigger fight against IBO welterweight champion Chris van Heerden (18-1-1, 10 KO’s) on February 2nd in a yet to be determined venue in Cape Town, Western Cape, South Africa.

Hatton’s trainer Lee Beard told Sky Sports news “The short term goal is to beat Lomax, which will set him [Hatton] up for the IBO title against Chris Van Heerden in Cape Town. Once he gets his hands on a title, it’ll open up other avenues.”

I wouldn’t doubt that Hatton will be able to get a nice payday bout if he can beat van Heerden to pick up the International Boxing Organization 147 pound strap. However, I just don’t think Hatton can do that. Van Heerden has power, youth and good boxing skills going for him, whereas Hatton just has a lot heart and a good chin going for him. But if Hatton can beat both Lomax and Van Heerden, then I can see Hatton getting a possible shot against one of the welterweight champions like Paulie Malignaggi, if he even is still champion by the.

What makes Hatton so enticing is that he’s got his brother Ricky Hatton’s famous last name, and he’s not much of a threat due to his lack of power and speed. Hatton will no doubt get a nice payday against someone, maybe even a domestic level opponent. I can’t see boxing fans wanting to see him and Kell Brook fight again.

Once is enough. But someone like Amir Khan might like the idea of fighting Hatton if Khan takes another loss in his next fight. By then Khan would be in the position where he couldn’t take anymore chances and would need someone like Hatton in order to get an almost guaranteed win.


« If Wilder can improve Harrison enough he could beat Price