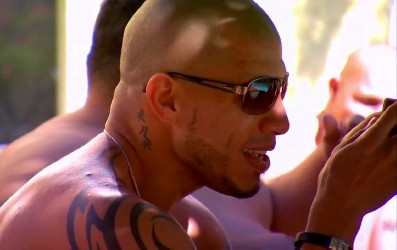 By Dan Ambrose: No matter what happens with a possible fight against Manny Pacquiao in November, former WBA junior middleweight champion Miguel Cotto (37-3, 30 KO’s) has plenty of other opportunities available to him for his next fight on December 1st at Madison Square Garden, in New York. Golden Boy Promotions has already booked the Garden for Cotto, and all that’s needed now is an opponent to face him.

While a rematch with Pacquiao would be an ideal situation for the 31-year-old Cotto, because it would give him a chance to try and avenge his loss to Pacquiao from three years ago, and at the same time it would give Cotto another big payday that he can only get facing the highly popular Pacquiao and Floyd Mayweather Jr. on pay per view. However, if Cotto doesn’t get the fight against Pacquiao then it’s not the end of the world for him. Cotto will still have options to possibly fight Mayweather Jr. in a rematch and if not him then Cotto can definitely get a fight against WBC junior middleweight champion Saul Alvarez on December 1st. Any one of those fights would promise Cotto a good/great opponent and definitely a huge payday.

Pacquiao and Mayweather are no doubt the top fighters on Cotto’s list because both guys have beaten him in the past. Mayweather fight be the more ideal opponent because he stood in the pocket and slugged with Cotto last time they fought. That was the most perfect fight for Cotto, because he didn’t have to go looking for Mayweather in the same way he did with Pacquiao. He didn’t have to deal with Pacquiao’s speed or his in and out attacks. Mayweather was right there the entire fight. Mayweather didn’t even try to finish Cotto off when he had him hurt in the 12th, even though he likely would have finished Cotto off had he done this. By allowing Cotto to survive and finish on his feet, it kept Cotto in a position where he’s more marketable now because he was beaten only by a decision and not by a knockout. If Mayweather wants to try and get back in there to face Cotto for a second time then the option is there and the public would likely show interest in seeing the fight due to the exciting nature of their previous fight.

Cotto can also fight the winner of the September 15th fight between WBC middleweight champion Julio Cesar Chavez Jr. and Sergio Martinez if he’s willing to take on a big middleweight. Cotto against Chavez Jr. would be ideal if the fight could be made. There would have to be a rehydration limit, however, to make the fight a little more fair. You can’t have Cotto coming into the fight right at 160 and then Chavez Jr. being allowed to rehydrate all the way to 180 lbs so that he could have a 20 pound weight advantage.

When will Deontay Wilder step up? »