Abraham vs. Stieglitz winner will have some interesting choices for opponents 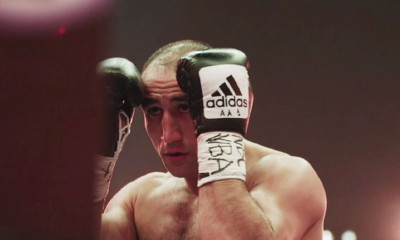 By Sean McDaniel: The Arthur Abraham (34-3, 27 KO’s) and Robert Stieglitz (42-2, 23 KO’s) winner on August 25th, will have some interesting choices to make in regards to their next fight because the top contenders for that strap are some really big names.

The #2 WBO contender is Mikkel Kessler and he’s made it no secret that he wants to fight the winner of this bout. It’s a natural fight because they could put the fight in Germany and it will do well. But besides Kessler, there’s #3 WBO George Groves, who looked great earlier tonight in obliterating Francisco Sierra in a 6th round TKO on Showtime in San Jose, California.

At #4 is Andre Dirrell. He just signed with TMT Promotions, the new promotional company started by rapper 50 Cent with Floyd Mayweather Jr. Those two guys will have a lot of pull and they could possibly land the fight for Dirrell if they’re crafty enough.

At #5 is Kelly Pavlik, the former WBC/WBO middleweight champion. His promoter Bob Arum has already said he wants to get him a big fight at the end of the year, and this could be it if Abraham or Stieglitz are open to facing the hard hitting Pavlik.

Anthony Dirrell, the brother of Andre Dirrell, is ranked #6 by the World Boxing Organization, and he’s also a remote possibility. No doubt he’s not as an appealing option because he’s coming off of a motorcycle injury right now and may not be ready to fight at the end of the year.

At #7, #8, #9 and #10 are James DeGale, Adonis Stevenson, Sakio Bika and Lucian Bute. None of those fighters will likely get selected. Bute is already scheduled to fight a rematch with IBF super middleweight champion Carl Froch, and Stevenson is facing Don George in an IBF eliminator bout in late August or early September.

« De La Hoya says about Groves: A star is born