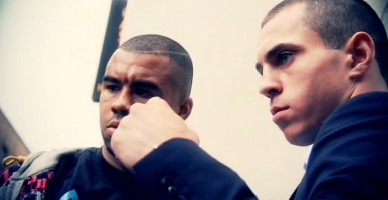 By Gareth Rees: On Saturday night Hatton Promotions will have their last event on Sky before their deal ends, and Matchroom monopolize the channel. The way Ricky Hatton has been treated by Sky is beyond.

He basically carried the boxing pay-per-views for the company for a decade and has so many top young fighters in his stable that it is a shame we might not see a lot of them for a while. But Ricky is making sure Sky know what they will be missing by having a bumper card, with the likes of Rendall Munroe, Martin Murray and Ryan Rhodes all on show.

The headliner for this card suitably named “Road to Glory” will see an exciting Super-Bantamweight clash between Rendall Munroe and Scott Quigg for the “interim” WBA World Super-Bantamweight title. I am not a fan of interim titles especially when the current champion only defended his title the previous week. But in today’s economic climate you can’t blame the sanctioning bodies for trying to make as much money as possible. What the interim belt for this fight really means is, who is next to be thrown into the lions den against the very impressive Guillermo Rigondeaux. I am a massive fan of Rigondeaux and think he is the best fighter in the division and getting near a top 10 pound-for-pound ranking.

I have mixed feelings over who will and should win this fight mainly because I really do feel it is a pick’em fight, as they are both excellent fighters. One part of me thinks the youth and unbreakable determination of Quigg will see him come through. If Quigg does win he has to face Frampton and possibly one more tough opponent like Takalani Ndlovu before facing Rigondeaux. However the other part of my body is saying Munroe’s experience will help him win. I personally would rather see Munroe win as I just don’t see him as a World Champion and I would rather Quigg lose a close decision now than get destroyed and lose confidence in a fight with Rigondeaux. Munroe knows this most likely is his last chance for a world title which I think will drive him going into the fight but I do think Quigg will win a very close decision. What this fight is showcasing is the current strength of the British Super-Bantamweight division. Unfortunately though for Messrs Munroe, Quigg and Frampton the World Super-Bantamweight division is probably the strongest division there is at the moment holding the likes of Nishioka, Rigondeaux, Donaire and Mares.

Martin Murray will be defending his WBC inter-continental title, in what really is a “keeping active” fight as Ricky Hatton tries to get Murray into the ring with the likes of Darren Barker, Matthew Macklin and current WBC Middleweight Champion Julio Cesar Chavez Jr. Chavez is seen by many as the weakest of the middleweight champions which is saying something. The trio of British middleweights have shown they are world level with really only Martinez the obvious top dog in the division out of their reach. Murray and Macklin have shown what they can do by drawing and losing respectively dubious decisions in Germany against Felix Sturm. But I look to Murray on Saturday to make a point in what will probably be an easy mid-round stoppage.

Ryan Rhodes will be in the co-main event as he faces unbeaten knockout artist Sergey Rabchenko from Belarus for the vacant European Light-Middleweight title. One wonders if this is the final last hurrah for the vetran fighter, who has entertained the crowds for 3 decades now. You just get the feeling that at 35, Rhodes isn’t the fighter he once was and the hungry Rabchenko could remind him of that. I have lots of respect and admiration for Rhodes but I can see him getting stopped late on in the fight, but that’s we thought when Rhodes faced Jamie Moore back in 2009 and we all remember what happened then.
I can’t wait to watch this final Hatton Promotions Sky card as it’s one of the most exciting cards seen this year. I and probably many others hope a TV channel picks up a deal with Ricky Hatton, maybe a channel like ITV4 so we can continue to watch the impressive young stable, whilst allowing the casual boxing fan to see what they can do.