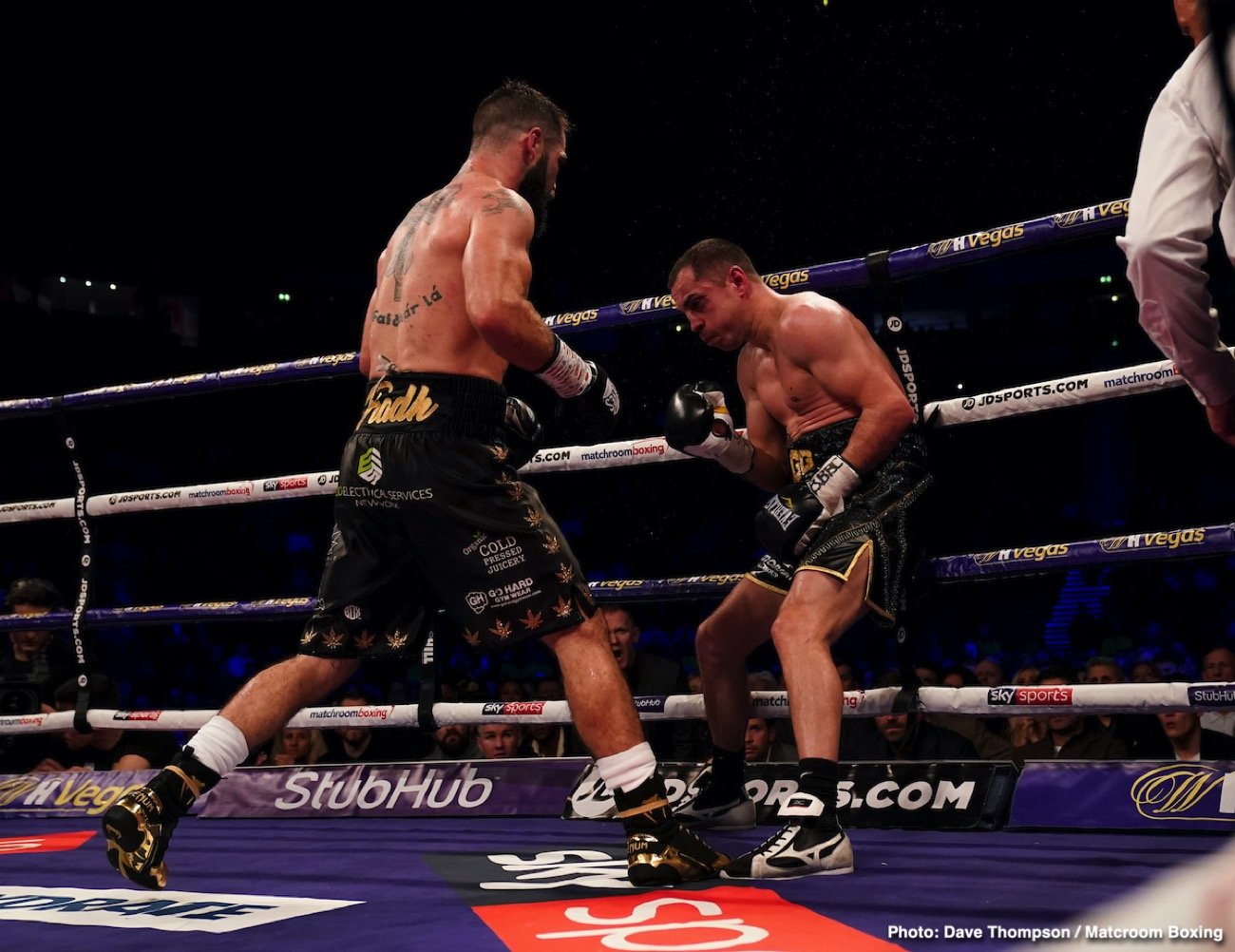 Quigg didn’t retire after the fight, but the way he was talking, he sounded like this could be the end of his career. If not, then Quigg is going to need to something drastic like getting a dietician to help him get back down to 122 so that he can return to the super bantamweight division. At super featherweight, Quigg doesn’t stand a chance against fighters that can match him for size.

Quigg’s corner threw in the towel after he was hurt by a right hand from Carroll in the 11th round. At the time of the stoppage, Quigg was doing a decent job of moving his head and upper body to get out of the way of Carroll’s potshots, but it looked bad that he was against the ropes and wasn’t in a good position to win the fight. Quigg’s team could have kept him out there, and he likely would have made it out of the round. Their decision was obviously based on Quigg being so far behind in the fight that he couldn’t win.

Carroll had already dominated the first 10 rounds and had a huge insurmountable lead at the time the fight was halted.

Although only 31, Quigg looked old and shot, getting beaten to the punch all night by the faster 27-year-old Dublin, Ireland native Carroll. The hand and foot speed of Carroll was too much for the heavy-handed Quigg, and that was the difference in the fight.

Quigg had the power advantage, but he was too slow and stiff on his feet to beat a fighter with Carroll’s ability. There are guys at super featherweight that Quigg can still beat, but obviously not the speedy types like Carroll. 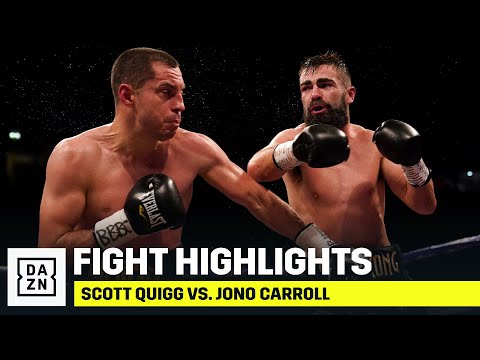 Quigg believes he’d have beaten Carroll at his best

“He was the better man. I was chasing him. Fitness-wise was no problem but my timing wasn’t there,” said Quigg.  “I’m a realist and I won’t kid anyone. This was a must-win fight. At my best, I would have won tonight. On this performance, I don’t know what’s left.

“I couldn’t have achieved anymore. And I cut no corners. I beat world champions, sold-out arenas. If this is it, thank you.”

If Quigg doesn’t retire, then he needs to try and drop back down to super bantamweight, because that was his best weight division. He’s not the same fighter he once now that he’s competing at 130. That division isn’t ideal for him. You can argue that Quigg isn’t shot. He can still fight obviously, but his power doesn’t carry the same weight at 130 as it did when he fought at 122.

Carroll showed that he’s not ‘feather-fisted’

“I was here when Scott beat Kiko Martinez. Scott was one of my idols and has been in fantastic fights,” said Carroll.  “These feather fists have a little bit of power. We knew if we didn’t have power that Scott would walk through my shots and that wasn’t what we wanted.”

Carroll was hitting Quigg so frequently in the fight that it didn’t matter that his shots weren’t huge. They doing damage just based on the sheer number of them that he landed. The body shots from Carroll seemed to give Quigg a lot more problems earlier in the fight. You could tell from watching Quigg’s reactions to the shots that he was getting hit with to the body that didn’t like it.

In the second half of the contest, Carroll went upstairs with his punches, and that’s when he started hurting Quigg. In the 8th, Quigg was stunned by a right to the head. By the 10th round, Quigg’s left eye was blackened and nose had swelled up.

He was getting beaten up by Carroll, and there was nothing he could do about it. Quigg tried repeatedly to land his big shots, but he mostly missed. Occasionally, Quigg would land a nice punch, but Carroll would come back immediately with a short right hand to the head, and then pivot around him to nail him with a body shots. 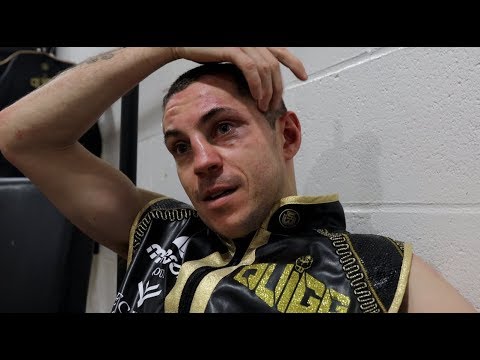 Quigg was coming off a long layoff

It was painful to watch Quigg get dominated the way did tonight by Carroll. This was only the third time Quigg had fought since he was battered by Oscar Valdez in a one-sided 12 round decision defeat in March 2018.

Last year, Quigg was out of action due to injuries. So going into tonight’s fight, Quigg had been inactive for 16 months, which is a long time for any fighter. In hindsight, Quigg should have taken a couple of tune-up level opponents before looking to face a quick fighter like Carroll. Taking this fight off of a 16-month layoff is something you can second-guess on Quigg’s part, as it was a foolish move on his part. It was a crazy gamble on Quigg’s part that ultimately backfired and blew up in his face tonight.

Quigg might have been fooled by how poor Carroll looked in his one-sided 12 round decision defeat at the hands of former IBF super featherweight champion Tevin Farmer last year in March. There are levels in boxing, and Quigg doesn’t occupy the same level as Carroll. On the flip side, Carroll isn’t in the same league as Farmer, and likely a number of other talented super featherweights.

Is this the end of the road for Quigg?

It might be over with for Quigg as a major fighter if he can’t return to the super bantamweight division. His power isn’t the same at 130 as it was at 122, and he looks slow now. He’s an old 31, and he can’t compete against the best at 130.

When Quigg fought at 122, he was able to get away with being slower than his opponents due to his size and power advantage he had over his opposition. At the same time, Quigg was never matched against the truly talented fighters like Guillermo Rigondeaux or Nonito Donaire he fought at super bantamweight. It’s likely that Quigg would have been beaten just as by them as he was tonight by Carroll.

It’ll be interesting to see where Carroll goes from here. It would be nice to see Carroll challenge IBF super featherweight champion Joseph ‘Jo Jo’ Diaz, or possibly take on an old lion like Carl Frampton.