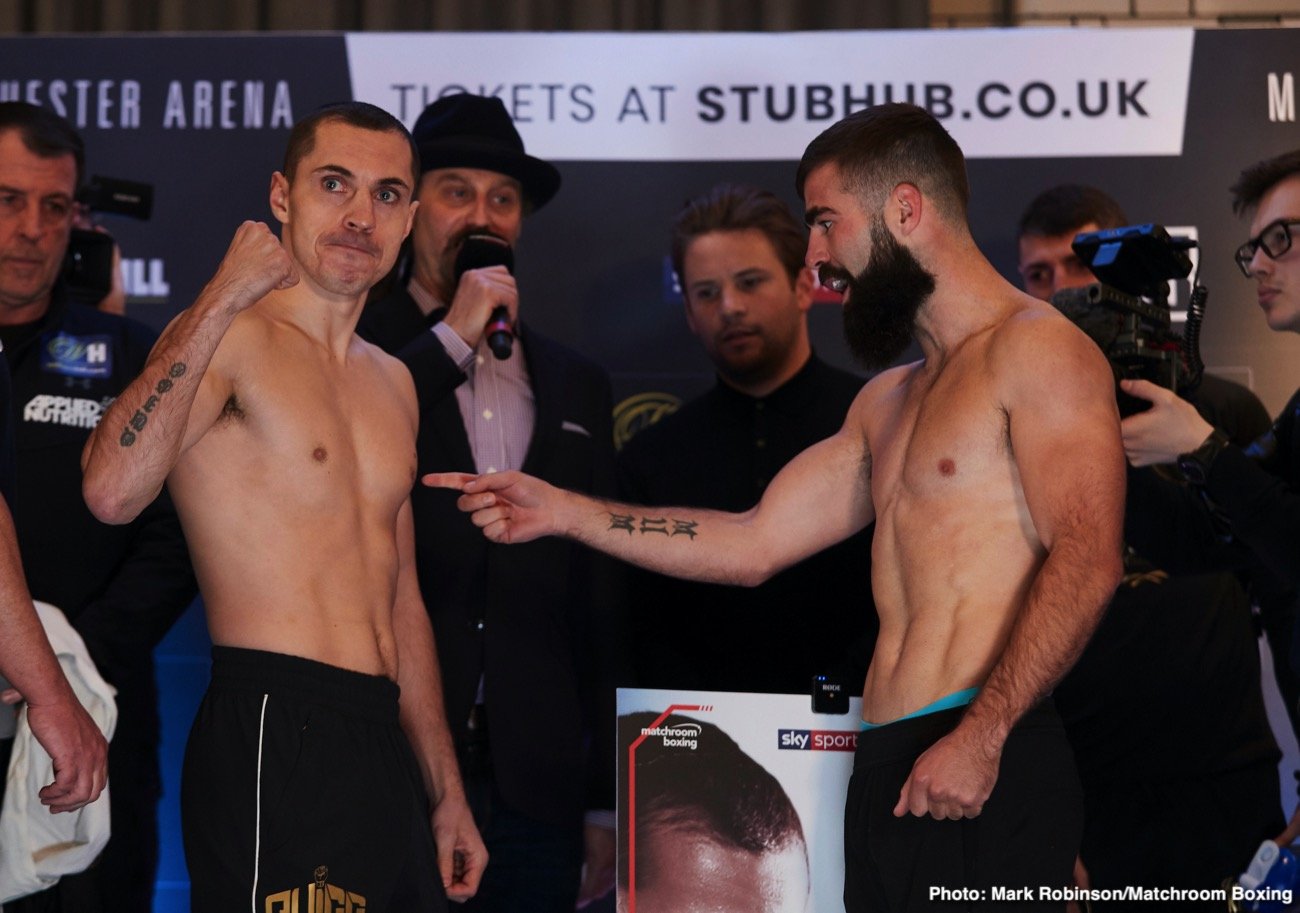 By Barry Holbrook: Former WBA super bantamweight champion Scott Quigg gave Jono Carroll a hard face shove when he grabbed his bicep during Friday’s weigh-in. Carroll (17-1-1, 3 KOs) didn’t look too happy getting shoved to the face by Quigg, but luckily he didn’t make things worse by jumping him. Quigg vs. Carroll will be shown this Saturday, March 7th on DAZN in the U.S and Sky Sports in the UK.

The hard-hitting Quigg is the betting favorite as he’ll have a big advantage in power, and experience against Carroll. It’s not that Carroll is entirely barren of experience. He’s fought Tevin Farmer and Guillaume Frenois during his eight-year professional career, but he failed to beat them.

Farmer defeated Carroll by a 12 round unanimous decision in March of last year in a one-sided fight. Before that, Carroll fought to a 12 round draw against France’s Frenois (47-2-1, 12 KOs) in December 2018.

Despite sporting a lowly 15.79% KO rate, Carroll is predicting that he’ll knock out Quigg by the 8th round on Saturday night. It’s going to be difficult for Carroll to that, as Carl Frampton and Oscar Valdez were unable to KO Quigg, and they hit a lot harder than him.

Quigg only has two career defeats against Valdez and Frampton. He took a lot of facial damage in losing to Valdez by a 12 round decision in March 2018. He’s since bounced back with an impressive 2nd round knockout win over Mario Briones last October at TD Garden, in Boston, Mass.

Former heavyweight world title challenge Hughie Fury (23-3, 13 KOs) weighed in at 238.5 lbs for his 10 round fight against journeyman Pavel Sour (11-2, 6 KOs). The 37-year-old Sour weighed in at 243.2 lbs. This is Hughie’s first fight since losing to Alexander Povetkin last August. Povetkin proved to be good for the young 25-year-old Hughie, who doesn’t possess the same talent that his relative Tyson Fury has.

There’s little chance that Hughie will lose this fight, considering that’s facing an opponent lacks the pop in his punches to keep him honest. 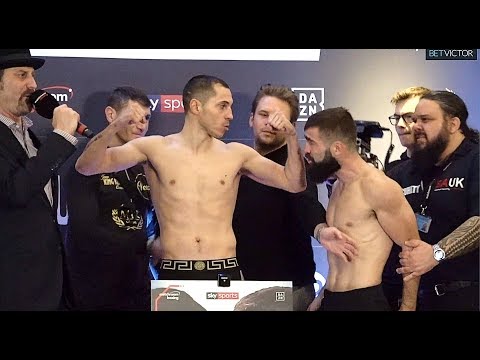 Other results for Friday’s weigh-in: