Is Pacquiao-Bradley a PPV worthy fight? 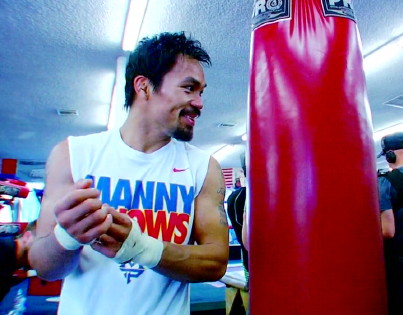 As far as I can tell, this is going to be a horrible mismatch that will be about as entertaining as watching someone beat an old rug hung on a fence. Bradley is too weak, too slow and too small to compete with Pacquiao. I don’t see Pacquiao as a great fighter or anything but he’s at least good enough to beat Bradley with ease.

But what gets me is this mismatch that Arum has put together will be shown on pay per view with an asking price of $55-60. Do you think this fight is worth that? Unless Arum is giving away a complimentary free fight for me to see, I’m not going to pay a dime to see this mismatch.

If I want to watch mismatches, I’ll tune into ESPN2 on Friday nights and watch their mismatches, but I won’t to pay $55-60 to see Pacquiao beat up on Bradley and then also see an undercard that will likely be stacked from top to bottom with Arum’s prospects matched against fodder so that they won’t get beat and will lull boxing fans into thinking they’re better than they actually are.

I think Bradley would be a good opponent for a Amir Khan level fighter, but not Pacquiao. Khan is one of those flawed guys that can look good against some fighters but struggle when put in with quality. Bradley would be perfect for that guy, not Pacquiao. This is too much of a mismatch and I hate to pay to see mismatches.

With my many years of being a waiter, I believe in giving customers the best possible product. Pacquiao vs. Bradley is like serving soup that’s been sitting out all day long is no longer tasty. If I served a meal like that to my customers, they’d get up and walk out and never come back again. I know Arum is old and all but he needs to be thinking about long term for Top Rank by not burning bridges with customers that will be angry after they purchase the Pacquiao-Bradley fight and end up getting a mismatch that may turn them off permanently towards boxing.