Tickets on sale for Gamboa vs. Ponce De Leon fight on September 10 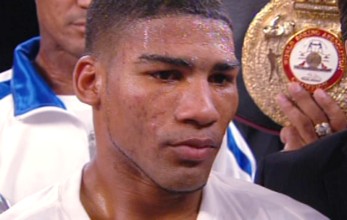 Although there won’t be any title on the line for this bout, it’s a fight that doesn’t need one because these are two of the biggest punchers in their respective division.

Gamboa, a former IBF and WBA featherweight champion, has wiped out a number of high quality fighters in the past year, such as Rogers Mtagwa, Jonathan Victor Barrios, Orlando Salido and Jorge Solis. Gamboa, 29, was hoping to get a shot at WBO featherweight champion Juan Manuel Lopez, but he got beat in his last fight against Salido. Gamboa will now have to wait a little longer for Lopez to try and beat Salido in a rematch before he can get his much awaited fight with him.

Ponce De Leon, 31, lost a controversial 10 round unanimous decision to top rated Adrien Broner last March in a fight that a lot of boxing fans felt that De Leon should have won. I saw the fight and had Broner winning handily but De Leon certainly fought well enough to lose by four rounds but that’s about it.

Gamboa is probably much too powerful for Ponce De Leon to beat. This is good fight but I can’t see De Leon lasting too long once Gamnboa gets hi offense cranked up.

Helenius hoping to fight for a world title in 2012 »