McCloskey will fall apart during first attack by Prescott – Prediction 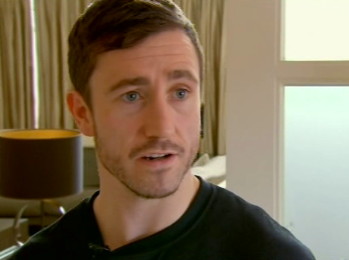 By Scott Gilfoid: Paul McCloskey (22-1, 12 KO’s) has done a great job against domestic level opposition during his six-year pro career. You put McCloskey in with a domestic and or European level opponent, he wins nine times out of ten. But he’s stepping up with the big boys now at the world level where you have to have much better talent than what he’s been showing.

McCloskey has already been spanked once by Amir Khan, the WBA light welterweight champ. And now on September 10th, McCloskey is going to be spanked for the second time, this time by Breidis Prescott (24-2, 19 KO’s) at the Odyssey Arena, Belfast, Northern Ireland.

Prescott already whipped Khan to the extent that Khan doesn’t even want to try and avenge his 1st round knockout loss to Prescott. You know when someone has been really beaten when they don’t even want to try and redeem themselves. I respect McCloskey for taking this risky gamble in fighting Khan’s conqueror but I think his gamble is going to fail miserably when Prescott knocks him out.

McCloskey was soundly beaten by Khan, and instead of recognizing that it just wasn’t meant to be, McCloskey hurriedly trying to win his way back to a rematch with Khan. He asked him for a rematch, and Khan basically laughed at him, telling him to fight and beat all the guys that he’s beaten in the past and then he would fight him again. In other words, get lost.

McCloskey doesn’t have years to beat most of the soft opponents that Khan has padded his record with, and instead is going right after Khan’s superior Prescott.

It’s a plan that will fail no matter what. Even if McCloskey can win a hometown decision, which unfortunately is a possibility given that McCloskey is fighting at home, Khan still won’t fight him again. Khan wants Erik Morales and then Floyd Mayweather Jr. He’s not going to fight McCloskey again, especially because he made Khan look so bad.

But the reality is McCloskey is going to get knocked out by Prescott, so there won’t even be a need to start squawking for a Khan rematch. Prescott will take that possibility away by knocking McCloskey out cold. Think of Prescott as a angry hive full of stinging bees, and McCloskey is going to go out there on September 10th and kick that hive to show the world he’s got the talent to beat Prescott. What’s going to happen is predictable. Prescott is going to come out and blast McCloskey apart.

« Helenius hoping to fight for a world title in 2012

Should Adamek retire after Vitali beats him? »