What does Judah’s questionable decision over Matthysse say about his chances to beat the other top light welterweights? 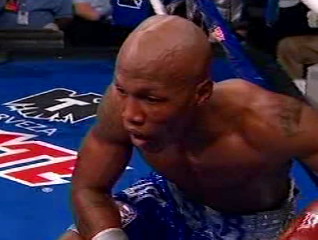 By Jason Kim: Former light welterweight champion Zab Judah (40-6, 27 KO’s) was supposed to be putting the other top light welterweights on notice last Saturday night in his fight with Argentinian Lucas Martin Matthysse (27-1, 25 KO’s) to show them that he’s back and ready to challenge for the top spot in the division.

What happened instead was Judah looking poor for most of the fight, throwing few punches other jabs, and then getting knocked down in the 10th round and running for his life in rounds 10, 11 and 12. Judah ended up winning by a controversial 12 round split decision in a fight that many boxing fans, this writer included, felt should have gone to Matthysse.

In the big scheme of things the outcome of the fight really doesn’t matter much; What matters is that Judah showed that he’s not tough enough or bold enough to compete with one of the lower level top tier fighters.

Matthysse is decent fighter, but he’s not on the level of the other guys Devon Alexander, Timothy Bradley, Marcos Maidana, Victor Ortiz and Amir Khan. Those are the fighters that Judah is hoping to compete with and beat, at least some of them, in the near future.

Based on how Judah looked against Matthysse, I don’t give him any chance of beating those guys. This was one of those prerequisite fights that Judah was supposed to win with flying colors without problems. Instead, Judah won by a controversial decision and was taking a real pounding in the last three rounds.

For those who say it doesn’t matter how you win just as long as you win, I say you are dead wrong. If a fighter as old as Judah and with the chin and stamina problems that Judah has is struggling with the likes of Matthysse, that tells me he’s almost definitely going to fail when he’s put in with better fighters like Bradley, Alexander, Ortiz, Maidana and Khan.

Judah could be fighting number #1 IBF contender Kaiser Mabuza for the IBF light welterweight title next. Mubuza is a step up from Matthysse in terms of offensive power and skills, and I can see Judah having a lot of problems in that fight.

Mubuza won’t wait until round nine and ten to attack Judah hard with power shots like Matthysse did last Saturday night. Mubuza will be all over Judah from the start and will be looking to bury him with punches. I can see Judah sidestepping this dangerous fight and taking on the winner of the Victor Ortiz vs. Lamont Peterson bout instead. That’s an even worse match-up for Judah. However, he’ll lose less in getting knocked out by Ortiz than he will if the relatively unknown Mubuza does a number on him. Either way, I see Judah losing to both of them. I think he’s past his prime now and has no business fighting the top light welterweights or welterweights anymore other than to act as a trail horse. His best days are long over in the rear view mirror.