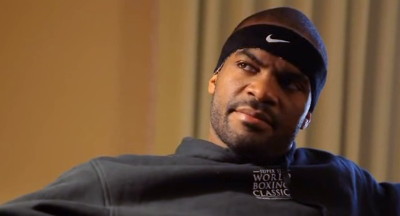 By William Mackay: It looks like Allan Green is going to be staying in the Super Six tournament after all, as the news has been announced that the group stage 3 part of the tournament will be going ahead in November instead of going straight into the semifinals. After Mikkel Kessler dropped out of the tournament suddenly, it left Green in limbo, without an opponent and it was thought that Green would be dismissed.

However, he had a contract with Showtime, as does the other contestants and none of them want to miss out on the payday that they would receive in the group stage 3 part of the competition. However, Green still is without an opponent for his fight. Carl Froch is fighting Arthur Abraham on November 27th and Andre Dirrell and Andre Ward are fighting each other on the same date.

For Green to continue in the Super Six tournament, Showtime has to find a replacement for Green and soon. In looking at the super middleweight division, there’s really not a lot of good fighters to choose from that are currently free. The replacement for Kessler, a European fighter, will likely be European as well in order to continue to balance out the tournament between Europeans and Americans.

Of the top fighters that might be available to step in and fight Green, there is WBO super middleweight champion Roberto Stieglitz, middleweight Andy Lee, and WBA champion Dmitri Sartison. Those are probably the best that could be pooled from to find a replacement.

Ideally, IBF super middleweight champion Lucian Bute would be a great choice, but he’s busy with a title defense coming up Jesse Brinkley and won’t be available to fight anytime soon. Andy Lee would be a great choice because he’s fast, powerful and has an entertaining style. He’s from Ireland but fights out of the U.S. Although he’s technically European, he has a lot of fans in the U.S.

It’s unclear if he would be able to step in and take a fight with Green, because there’s talk of Lee fighting John Duddy next in Ireland. However, Lee would be an excellent choice for the tournament because he’s well known. Stieglitz, a German based fighter, isn’t as good of a choice because he’s pretty limited and got handled easily by super middleweight contender Librado Andrade not too long ago.

Green would have an excellent chance of beating Stieglitz, but he’s not as interesting opponent as Lee. Sartison, a Russian, has great skills but he was easily beaten by Kessler in 2008. Since then, Sartison has won his last five bouts and recently defeated little known Stiepan Bozic to capture the vacant WBA title. He’s probably a better choice than Stieglitz but not by much.