Abraham vs. Taylor: Does Jermain Have Enough Left to Win? 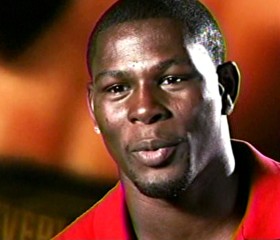 By Sean McDaniel: Former WBC/WBO middleweight champion Jermain Taylor (28-3-1. 17 KO’s) has been given a very tough match up in his first bout of the Super Six super middleweight group I competition in facing former International Boxing Federation middleweight champion Arthur Abraham (30-0, 24 KO’s) in Germany. Taylor, 30, is coming off of a 12th round knockout defeat to WBC super middleweight title holder Carl Froch on April 25th of this year, and it’s not good timing that Taylor is going to be facing another big knockout puncher in the form of 29-year-old Abraham in his first fight of the tourney.

Taylor has lost three out of his last four fights to big knockout punchers in Kelly Pavlik (twice) and Froch, and may end up struggling against the big power of Abraham. If this was a straight up fight with Taylor pitting his boxing skills against Abraham, I have little doubt that Taylor would win the bout.

After all, he’s the much quicker fighter with the better jab and the better boxing ability compared to the slower Abraham. However, Taylor is going to be facing perhaps the biggest puncher in the entire tournament in Abraham, who has one punch knockout power. Abraham, who held the IBF title for three years and 10 successful title defenses during that time, will have seen Taylor’s losses to Pavlik and Froch, and will be coming after him with knockout intentions with every punch.

This could play into Taylor’s hands because he’ll be able to use his counter punching ability to take advantage of Abraham when he attempts to land his big shots. However, I think there’s a much greater chance that Abraham will be able to catch Taylor with a big shot and possibly take him out. Taylor has experienced problems with running out of gas in the past four years in his two fights against Bernard Hopkins, and in fights against Kassim Ouma, Cory Spinks, Winky Wright and most recently against Froch.

In the past year, Taylor’s stamina problems appear to have worsened with him running out of gas earlier and earlier in his fights. This is something that he can’t afford against Abraham, who is able to retain his punching power late into his fights.

Abraham has been dominating in most of his recent fights, taking out Mahir Oral, Raul Marquez, Edison Miranda, Elvin Ayala, Wayne Elcock, Khoren Gevor and Sebastien Demers. Abraham has knocked out seven of his last fight opponents and appears to be getting stronger as he gets older.

That’s something that Taylor is going to need to be mindful of. He can’t afford to trade punches with a fighter like Abraham. Even if Taylor could stand up to his shots, by trading punches with him it will only put Taylor in a situation where he’s in danger of running out of gas again. When Taylor is able to fight at a leisurely pace, like in his one-sided 12 round decision victory over Jeff Lacy in November 2008, Taylor can do really well. However, not all of his opponents are willing to let Taylor dictate the pace of the fight.

It’s doubtful that Abraham will let Taylor have things his way by fighting at a slower pace. Abraham has looked lazy in his last few fights, only opening up late in the last 30 seconds of the round against the over-matched opposition he’s been put in with. Part of the reason for that is because Abraham has been battling weight problems in having to take off a lot of weight to get down to the 160 pound middleweight limit.

Now that Abraham has moved up to the super middleweight class, this excuse will be gone. He will have to fight at a much busier pace if he wants to beat Taylor because Jermain won’t be worn down by a fighter only fighting hard for 30 seconds of every round.

Taylor will use his jab and score points if he’s allowed to control vast stretches of every round. I see that happening. Abraham won’t push Taylor hard enough to get him exhausted and this will allow Taylor to get enough rest so he doesn’t end up depleted in the later rounds.

Prediction: Taylor by 12 round decision.

« What Happens to Pacquiao If He Can’t Stop Cotto?