Calzaghe To Face Jones Then Retire – No Fight For Pavlik 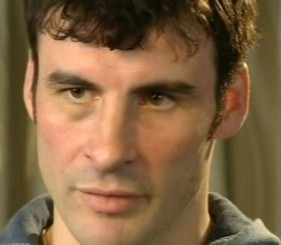 By Michael Lieberman: In an interview with Setanta Sports News, undefeated super middleweight Joe Calzaghe remarked that he plans on fighting one more time on November 8th against Roy Jones Jr, and then retire from the sport, saying “I’ve achieved everything I can in boxing.” The comment is more than mildly amusing considering that Jones is 39 years-old, not much of a threat to any top fighter in either the super middleweight or light heavyweight divisions. Kelly Pavlik, the undefeated WBA/WBO middleweight champion, remains out there as a bit of unfinished business for Calzaghe, who previously said that he was interested in fighting him.

Calzaghe, however, later changed his mind shortly after watching Pavlik easily dispatch his countryman Gary Lockett in three brutal rounds. In a move very similar to Oscar De La Hoya’s sudden cold feet after watching Antonio Margarito thrash Miguel Cotto in July, Calzaghe did an immediate about face, turning his attention into the relative toothless Roy Jones Jr. as an opponent. At the time, it was thought that Calzaghe would fight him and then take on Pavlik. However, Calzaghe has seemed to have all the fight sucked out, and now all he wants to do is get out of boxing following the Jones fight. It’s more than sad, because Calzaghe’s career has been disappointing, for despite his impressive record, there’s very little substance in there.

Indeed, most of the wins have come at the expense of poor European fighters, shot fighters at the end of their careers or fighters that were mostly hype to begin with. Finally, when Calzaghe is presented with a real threat in Kelly Pavlik, he turns around and says he hanging up his gloves rather than giving him a shot. I wouldn’t mind it so much except that his comments in the media seem so disingenuous.

If I owned the same record that Calzaghe did, I wouldn’t for a second feel that I had accomplished anything particularly specially. Certainly, I would feel proud about the victory over Mikkel Kessler, as well as the victories over the easy European fodder, but I wouldn’t feel all that good about the lack of real quality fighters. Calzaghe never faced Nigel Benn, Gerald McClellan, Julian Jackson, a young Roy Jones Jr and Bernard Hopkins, nor James Toney. In each case, I totally believe Calzaghe would lose to each of them, and in the case of Jackson and McClellan, Calzaghe would be knocked unconscious.

Ending his career against Jones likewise isn’t something to feel proud about given Jones’ advanced age. It’s just an easy payday for Calzaghe, nothing more. In other words, a joke fight, one for Calzaghe to get paid well without risking himself against a real opponent. If it was me, I’d scrape the Jones fight altogether and immediately go after Pavlik, so I could get out of the sport with some honor and respect from the boxing fans, and most of all, for myself.

I’m not sure who Calzaghe thinks he’s kidding when he says he’s achieved all he can in boxing, because he hasn’t. If he wants to do that, he needs to fight Pavlik, and then if he comes out on top, he needs to finish his career against someone like Chad Dawson. Now that’s something people would respect Calzaghe for, not bowing out after a fight against the badly faded Jones.

De La Hoya Turns To Mora After Pacquiao Walks Away »