By Craig Daly: WBC light welterweight champion Regis Prograis says he’s waiting to see if his next #1 contender, Teofimo Lopez, will agree to take the fight with him.

Teofimo appeared to be rejecting the fight with Prograis last week by posting on social media that he’s “blacklisted” from fighting in the USA because he signed with Probellum, who, according to him, is “Linked with MTK’s main guy.”

With Teofimo ruling out a fight with Prograis, the next up is Sandor Martin, a fighter that Teo beat by a controversial 10 round split decision on December 10th.

The previous #1, Jose Ramirez, turned down the fight with Prograis (28-1, 24 KOs) and has chosen to take a lesser fight against Richard Commey. As a result of Ramirez rejecting the title shot against Prograis, he’s been dropped to #6 in the World Boxing Council’s rankings at 140.

In an interview today, Prograis revealed that he’d got something big in the works for his first title defense if Teofimo (18-1,  13 KOs) decides not to take the fight with him.

There are rumors that it could be a unification fight against WBA light welterweight champion Alberto Puello. If true, it would be good for Prograis to pick up another belt, but not nearly as interesting as a fight with Teofimo.

The undefeated Puello (21-0, 10 KOs) isn’t well known to casual boxing fans in the U.S, and it’s not a fight that would interest a lot of people, even though it would give Prograis the opportunity to add another belt to his collection. 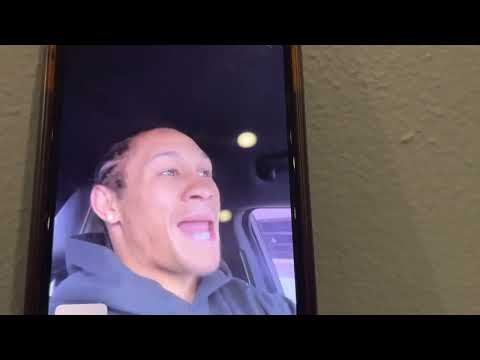 “I’m the champion; I want to fight these guys. I’m not like one of these champions that are not saying the guys’ names. I’m telling you who I want to fight. I said I wanted to fight Ramirez.

“Something big is in the works right now. The people will find out when they find out,” Prograis about his next opponent.