By Charles Brun: Artur Beterbiev says he’s improved his hand speed for his title defense of his IBF, WBC & WBO light heavyweight titles against Anthony Yarde for their headliner bout on January 28th at the OVO Arena in London, England.

Many boxing fans believe Yarde has no chance of winning unless the 37-year-old Beterbiev got old overnight since his last fight against WBO 175-lb champion Joe Smith Jr last June.

If that version of Beterbiev shows up on January 28th, Yarde won’t make it beyond two rounds at best because he’s not even on the level of Smith Jr, who was blasted out in the second round of that fight.

Yarde (23-2, 22 KOs), who possesses excellent hand speed, criticized the undefeated Beterbiev (18-0, 18 KOs), saying that his punches are slow and he feels that he can capitalize on this when they meet on January 28th in their main event on BT Sport.

Given that boxing fans haven’t yet seen Yarde in with anyone elite-level since a faded 36-year-old Sergey Kovalev knocked him out in 2019, it’s impossible to know if he’ll defeat Beterbiev.

Yarde, 31, has won five of his last six fights since his loss to Kovalev, but the competition has been largely middle-of-the-road opposition that wasn’t world-class level fighters.

“Yes, you will see on the 28th of January,” said Artur Beterbiev to Queensberry Promotions when asked if his hand speed has improved during training camp for his title defense against Anthony Yarde on January 28th.”Yes, mind and working on it.

“He’s a good fighter with experience in the professional, but as far as details, I never give you details. What I see and what I’m working on,” said Beterbiev about Yarde. 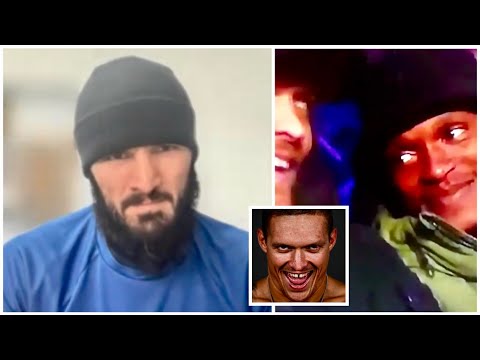 “I feel like when police arrest you, and they ask you,” said Beterbiev in pointing out that he feels he’s being interrogated by the interviewer with the manner he’s pumping him rapid fire for answers to find out his secrets.

“I watched his fights, good fights. I wanted to check if the table is strong. It’s good that I didn’t punch 100%. Maybe I broke the table,” said Beterbiev when asked why he punched one of the tables after his face-off with Yarde at their kick-off press conference.

“I’m not coming to punch door or table,” Beterbiev said about what he’ll be doing on the night of the fight on January 28th against Yarde.

“I do this face to face because of media. They asked me, and I do it,” Beterbiev when asked what he saw in the eyes of Yarde during their face-off. “I’m not trying to see something.

“Maybe for someone, it’s helping or someone scaring during face-to-face or something. It’s part of promotion for fight, and I do this for fun.

“No, I don’t think of it,” said Beterbiev when asked if he ever saw fear in the eyes of his opponents during face-offs. My opponent can make me believe he’s scared of me or the opposite. It’s not the right direction when you’re playing face-to-face and if you win the face-to-face that you win the fight, it’s not true.

“I don’t know. If it’s helping for him, good for him,” said Beterbiev when told that Oleksandr Usyk sat next to Yarde during the press conference and told him some things that might be helpful for their fight on January 28th.

NEWS:   Beterbiev vs. Yarde: Can Anthony win on January 28th?

“I don’t know. You’ve got to ask Canelo, not me,” said Beterbiev when asked why Canelo Alvarez chose Dmitry Bivol to fight instead of him last May. “How can I answer this one? They choose Bivol, not me.

“Canelo? If it’s a fight that is offered, I take it, but I’m not dreaming about this fight.

“If people like to say this, no problem,” said Beterbiev when told that people compare him to UFC star Khabib. “I’m not worried or take care of it. I don’t worry about it.

“We’ll see. Coming to see the fight, and we’ll know that,” said Beterbeiv about what will happen on January 28th in his title defense against Yarde. “We’re preparing. I try to be ready 100% on Saturday, 28th of January,” said Beterbiev.